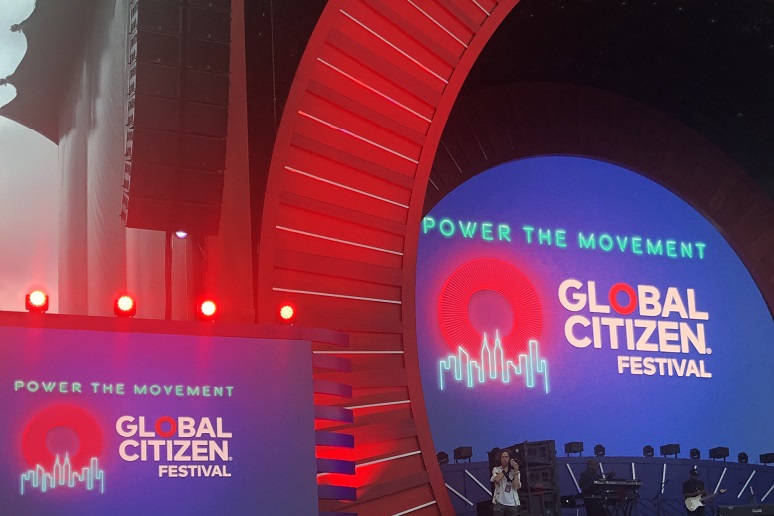 I was fortunate enough to attend last weekend’s Global Citizen Festival, held in New York’s Central Park, one of 60,000 people who gathered to listen to music from bands such as OneRepublic, Alicia Keys, H.E.R., and Queen, and to hear a wide range of celebrities, including Hugh Jackman, Leonardo DiCaprio, and Katie Holmes discuss poverty and the need for help. Cisco was a lead sponsor of this fantastic event, which brought together people in a singular goal of making the world a better place.
The mission for Global Citizen, an international advocacy group, aligns with the United Nation’s Sustainable Development Goals, of which the top initiative is to end poverty. Despite widespread wealth globally, almost half of the world’s population lives in poverty. The first step is to eradicate extreme poverty, which is defined as people living on less than $1.25 per day.
Multifaceted Partnership
Cisco has been a key partner of Global Citizen for years, and as a lead sponsor provides financial support for the organization’s Youth Leadership Prize. This award honors individuals between the ages of 18 and 30 who are making significant contributions toward the goal of ending poverty. Wawira Njiru, founder of Food4Education, an organization that works with Kenyan schools to provide affordable lunches, won the $250,000 prize for 2018. Applications for 2019 are now open, and at last week’s festival Francine Katsoudas, chief people officer and executive VP at Cisco, announced that the company would be extending the funding of the Youth Leadership Prize for another four years.
In addition, Cisco will now provide WiFi technology, as well as content and storytelling platforms, for the group’s various festivals held all over the globe. And, Global Citizen will have access to Cisco collaboration technology for use in its meetings with key donors, partners, ambassadors, festival curators, and others. Through the enhanced partnership, Cisco employees will have a platform for engaging in charitable efforts about which they’re passionate.
A History of Social Outreach
What Cisco is doing today with Global Citizen is an extension of what it’s always done — that being to use technology to make the world a better place. Former CEO John Chambers always spoke about how the Internet would change the way we work, live, learn, and play. Current CEO Chuck Robbins has taken the company’s corporate social responsibility (CSR) efforts to an entirely different level. Much of this stems from Robbins’ desire to be a global change agent, but the broader lesson here is that technology is embedded into the fabric of our lives now and it can be used to enable a single individual, like Njiru, to amplify a mission and help tens of thousands of people.
Cisco’s CSR initiatives have had a cascading effect throughout the organization. At the festival, I had the opportunity to sit down and chat with Katsoudas about all the great work the company has done in this area and the impact it’s had with Cisco’s massive employee base. More and more employees are showing pride working at a company that doesn’t just make good products but also is philanthropic and wants to give back, she said. Three years ago, the company started giving employees 40 hours a year to work at a cause they’re passionate about and this has raised the level of engagement within the company.
As a Cisco watcher, I’ve noticed a big change in the company, particularly with social media. The #WeAreCisco tag has nothing to do with products and everything to do with celebrating social causes such as diversity, leadership, and other issues. A company Cisco’s size can’t compete for talent with a startup on the promise of untold wealth based on an IPO or acquisition, but it can attract people who want to make the world a better place. The impact Cisco is having globally has worked as a recruiting tool, she acknowledged.
The Global Citizen Festival was all about ending poverty, but the activities didn’t stop when the weekend ended. A big takeaway is that one person can make a difference, but a community of people working toward a common cause is even more powerful.
ZK Point of View: Almost every major tech vendor has a CSR program, but few are as broad and diverse as Cisco’s. Tech leaders need to make social issues part of their corporate cultures, and drive these initiatives from the top down. Customers can play a part by making CSR contribution part of their RFP processes, just as they have for factors like sustainability and “green.” It’s now time to make global citizenship a component of vendor selection. By forcing big tech companies to step up their games, customers have the power to help accelerate a path to a better future.