Not All Teams Are Built the Same

Cisco Webex Teams and Microsoft Teams may seem identical to the casual observer, but a closer look shows fundamental differences.

Over these past 18 months or so, Microsoft and Cisco have transitioned their epic UC battles to workstream collaboration. Both companies appear to have concluded that the future of enterprise communications and collaboration will center around messaging-centric solutions.

Cisco introduced its workstream collaboration app as Project Squared in November 2014. It generally released that teams product as Spark in March 2015, and rebranded it to Webex Teams this past April. Microsoft previewed Teams in the fall of 2016, and generally released it in March 2017. These are the applications that the companies promote as central to their visions for communications and collaboration.

To a casual observer, the two applications likely appear identical. They both (now) have the word "Teams" in their names, feature persistent messaging, and offer options for integrated voice and video communications. Both offer simplified meetings with integrations to room system hardware and calendar systems. Both offer an emerging ecosystem of solutions that extend into other workflows and applications. Both even use their own versions of an application called Graph for contextual insights.

However, these products aren't the same. Several fundamental differences may make one or another more appropriate for a specific implementation. In this post, I'll highlight six key areas that customers and prospects should carefully consider. 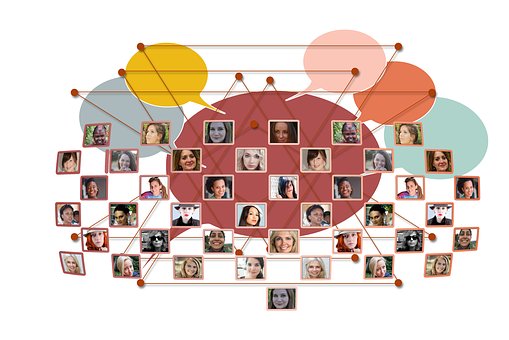 Microsoft announced last week that its Teams solution is now available for free. This is a pretty significant change for Microsoft that will broaden the appeal of Teams. However, a free service level is the norm in this space, and available from most competitive solutions, including Cisco Webex. In both cases, the free versions provide a great way to trial the solution.

These bundled approaches are different than what's available from many competitors. For example, Slack and Facebook offer their enterprise workstream collaboration applications as standalone subscriptions. However, Cisco uses its Freemium model as a component of its solution for guest access.

Workstream collaboration apps facilitate team collaboration. Unfortunately, the concept of a team is still largely associated with groups within a single enterprise. Since it's increasingly common for teams to include external participants, each solution offers different approaches to guest access.

The problem is hardly new. UC systems went through this with IM/p federation. We also saw video systems become much more useful after browser and click-to-join options made them friendlier to external users. Team collaboration is more complex due to all the rich data, data ownership, and integrations.

Step one is external users will need an account. This will either a guest user account sponsored by the host, or a free account that can be added or federated with a paid account.

With guest access accounts, the host company provides a set of credentials for each guest participant. This usually requires administrative support from IT. Each set of guest account credentials represents a separate, additional login. Heavy users will end up with numerous accounts. Microsoft Teams (and several others) work this way.

Cisco promotes what it describes as a single instance model that allows any Webex Teams user (paid or free) to be added to any conversation. The result is that a Webex Teams user can participate in teams across any number of organizations with a single account/login. Although the single-instance model can be restricted by IT, its key benefit is that teams can bypass IT and collaborate instantly. Related to this is the subject of compliance, yet another area of differentiation where Webex Teams has more granular controls.