While NICE has made many acquisitions over the last 10 years or so, this is by far the largest. Given that this acquisition is between two publicly traded companies, senior executives were understandably busy with investor briefings today. I was pleased then that Aviad Abiri, NICE's vice president, portfolio sales enablement, and Scott McDonald, inContact's vice president of customer interaction solutions, found time to give me an overview of the rationale for the deal and answer a few questions.

On the face of it, a workforce optimization (WFO) market leader, NICE, is adding a cloud contact center market leader. Arguably other players combine these attributes as well to varying degrees (e.g., Genesys and Interactive Intelligence). Using the slide below, Abiri explained that NICE believes the addition of a strong analytics portfolio to this picture will differentiate NICE and inContact. 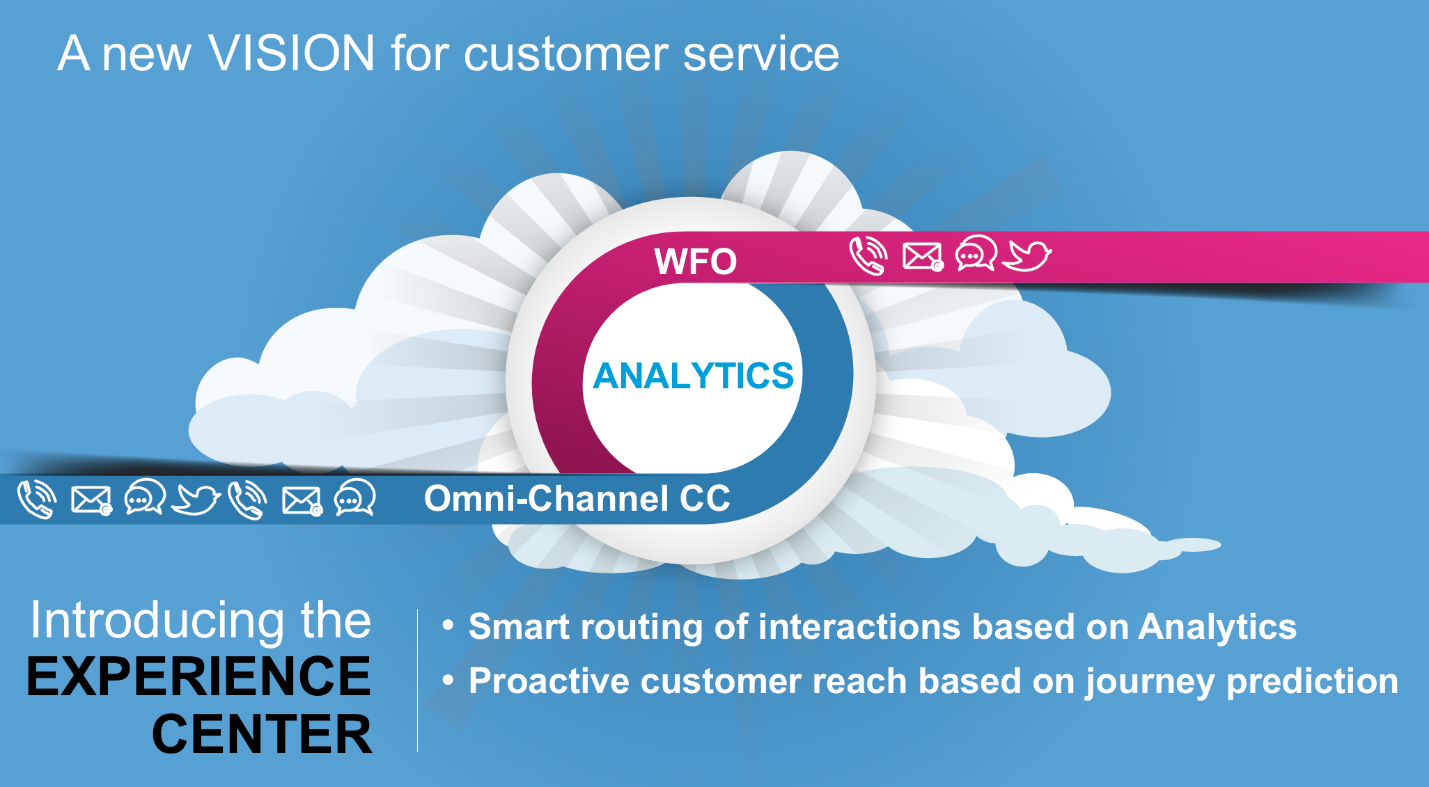 A clear impetus for the deal from NICE's perspective is adding inContact's cloud expertise, both from the application and infrastructure perspectives. "We have to be a player in the cloud. This is in keeping with CEO Barack [Eilam]'s 2020 vision for NICE. We understand that we can't do this on our own," Abiri told me.

As to whether NICE is making a play to get more entrenched in the mid-market, Abiri said "yes and no." It's a yes in that NICE has traditionally addressed the needs of the higher end of the contact center market and inContact is stronger in the mid-market. It's a no because both companies have already been working on expanding their addressable markets, with NICE going down-market and inContact vying for -- and winning -- larger and larger deals. And it's a no, too, because NICE's ultimate intention is to deliver a mature cloud solution for the range of customers from midsized to high end.

"There is an inevitable transition to cloud happening. Even the largest contact centers will go there, and they need a migration path," Abiri said.

The far-reaching implications of this acquisition are reflected in comments I've received from many industry watchers after I tweeted out the news this morning. Barry O'Sullivan, CEO of Altocloud, tweeted, "Wow. A lot of unhappy NICE OEM vendors today." David Stein, UC consultant and No Jitter blogger, commented on LinkedIn, "Very interesting combo. What happens to the existing NICE installed base on competitors' cc platforms?" No Jitter Editor Beth Schultz pondered in an email, "What becomes of the RingCentral contact center story now?"

While I did ask these questions of Abiri and McDonald, they said the announcement is too new for them to have solid answers. As is typically true, NICE's position is that it would like to continue its existing (revenue-generating) relationships. One of these is with Cisco's contact center business, with joint engagements through this partnership mostly for advanced applications (e.g., voice of the customer and customer journey analytics) for on-premises customers, Abiri said.

While I have not had an official comment, I would guess that Five9 -- a close inContact competitor -- will want to find another WFO partner, as NICE has been its go-to WFO partner for larger deals for several years. Verint may be a good prospect, as it will likely not be getting a lot of future deals from its existing inContact relationship.

I'll end with a comment to my LinkedIn post with which I agree. Paul McMillan, a principal consultant at BT Advise, wrote, "Hmm, I'd say good move for NICE."