Next Steps in Your Avaya Chapter 11 Journey

As Avaya inches toward reorganization, your job as a customer and steward to your organization is to be proactive about contingency planning.

As summarized in yesterday's No Jitter post, "Avaya Takes a Step, Not a Leap," Avaya submitted its debt restructuring plan and related disclosure statement on April 13 -- just shy of three months since filing for Chapter 11 -- with a stated goal of emerging from bankruptcy as early as this summer.

The filings outline a path for reducing the pre-filing debt load by $4 billion -- a reduction that would improve the company's financial flexibility and position it for long-term success, Avaya has stated. In the filing, Avaya also specified a debt-for-equity exchange with certain secured creditors. Unsecured creditors will share pro rata in a cash pool.

Earlier last week, on April 11, Avaya filed an exclusive delay motion, requesting an extension of its exclusive right to file a plan of reorganization within 120 days beyond May 19, or approximately Sept. 16. It did so with the intent of retaining Avaya's right to control the restructuring process.

Recap on Announcements Since Chapter 11 Filing

As I shared a few weeks back during the Enterprise Connect 2017 session, "Avaya Update: What Enterprises Need to Know Right Now," Avaya has repeatedly stated that it anticipates a positive outcome from the Chapter 11 process. For example, Avaya has said it:

Other events since the Jan. 19 Chapter 11 filing include:

As it works through the bankruptcy process, Avaya continues to invest in product development, a positive sign. As an example, here are several key announcements from the company's mid-February Avaya Engage conference:

As I see it, here is the timeline of events that have and will take place: 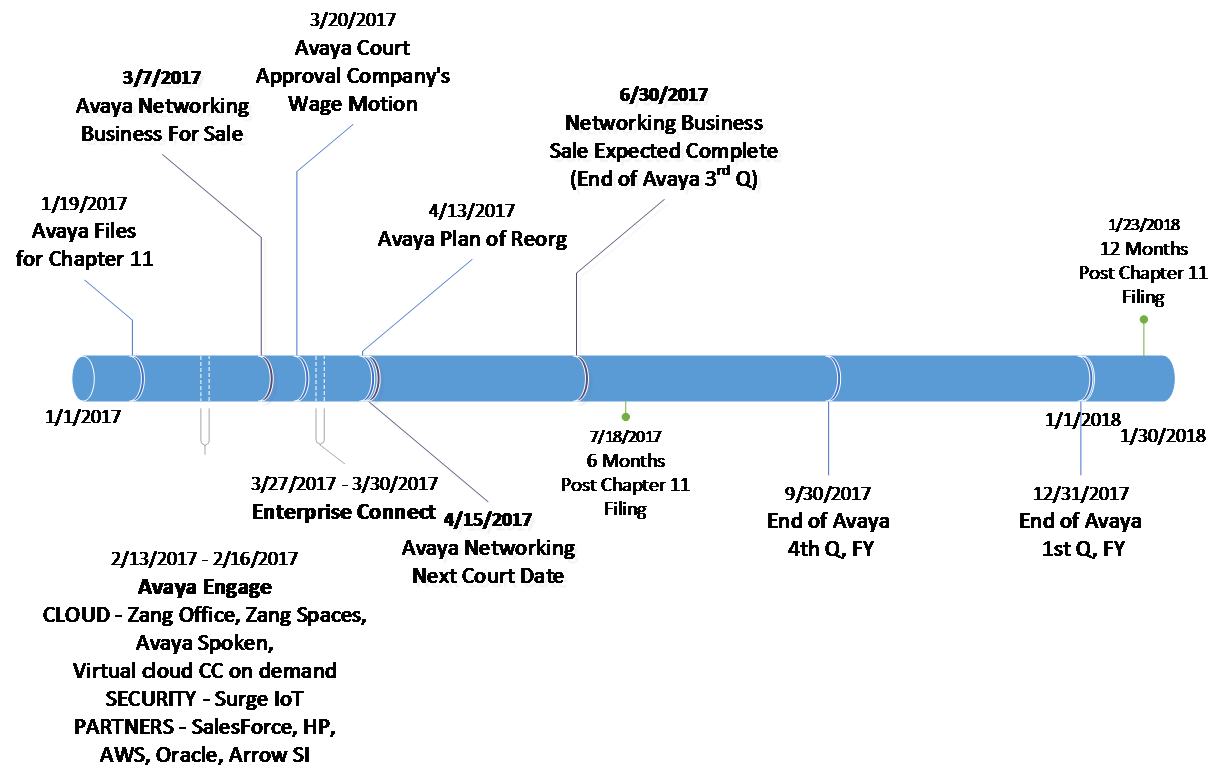 Continue to Page 2 for cautionary notes