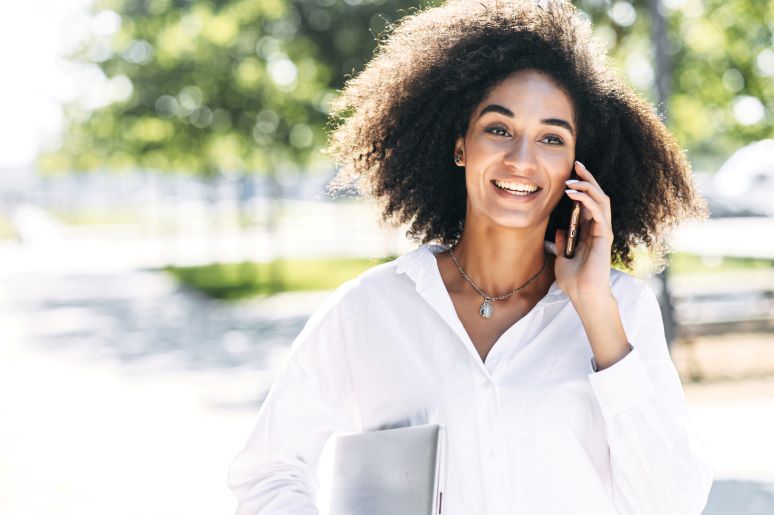 An article in the Wall Street Journal earlier this month carried the surprising title, “T-Mobile Overtakes AT&T to Become No. 2 Carrier.” We have been tracking the combination of Sprint and T-Mobile since the 2018 announcement, and since the transaction closed in April we can now rightly refer to our three national mobile carriers as “The Big Three” as opposed to “The Two Big Guys and The Two Little Guys.”

U.S. Cellular will likely be picked up by someone, but it’s scale is so small it won’t matter much which carrier grabs it, and I maintain that that Dish Network’s proposal to build a nationwide 5G network from scratch for $10 billion is too ludicrous to merit comment. So, the Big Three structure will define the U.S. cellular market for the foreseeable future.

The conclusion that T-Mobile has surpassed AT&T is subject to a bewildering set of footnotes and clarifications. Per the WSJ article, T-Mobile: “ended June with 98.3 million U.S. customers, excluding wholesale subscribers on other brands that use its network. AT&T reported 92.9 million prepaid and postpaid customers, a tally that didn’t count wholesale accounts or connected devices such as Wi-Fi hotspots and car sensors. T-Mobile included non-phone gadgets like wireless hotspots in its reported customer base.”

Suffice it to say that there are apparently lots of different ways of counting this kind of thing and AT&T would probably have a different opinion of the results.

So, carriers continue to refine the art of marketing mumbo-jumbo, but what the new structure means to enterprise buyers remains the big question for No Jitter readers. More specifically, we know what Verizon and AT&T have to offer enterprises, so what will the new T-Mobile bring to the table?

The Enterprise Cellular Market
Having been involved in evaluating and buying enterprise cellular services for some decades, I have my own simplified way of handicapping the market. Even when four national carriers served the U.S., as far as enterprise buyers were concerned, there were really only two: Verizon and AT&T. That’s not to say Sprint, the only other major cellular carrier that also sold enterprise wireline services, didn’t give it a shot — and it did manage to win and retain some loyal customers. Sprint also distinguished itself for its technical innovations, creative product combinations, and a willingness to “work off the script.” Of course, that “script” was written by Verizon and AT&T, and in any event, T-Mobile was nowhere to be seen.

In dealing with analysts, consultants, and the media, Sprint had consistently punched above its weight. Sprint went out of its way to reach out to those communities and was far more willing than Verizon or AT&T to make its executives available. You’d be more likely to get an audience with a crown prince of the Saudi royal family than the executive ranks of Verizon or AT&T.

While T-Mobile lagged on the enterprise front, under CEO John Legere the company did a masterful job in marketing itself to consumers as the “un-carrier.” It invested wisely and heavily in the network while crafting consumer programs that allowed it to overtake Sprint’s long-held number three market share prior to the merger. The question for today is whether T-Mobile will remain a consumer brand or attempt to build on the relationships Sprint had built with enterprise buyers.

The New T-Mobile for Business
The potential scenarios for this new cellular landscape was top of mind when I received an invitation to join a conference call last week with Mike Katz, EVP of T-Mobile for Business. That invitation went on to note that T-Mobile would be discontinuing its consultant liaison program. I found that surprising, given that the complexity of today’s cellular service contracts generally requires involvement of consultants more so than do other areas of networking. However, as a long-time Sprint fan, I was prepared to be open-minded.

Katz, it turns out, has been with T-Mobile for 20+ years; this means he started with the company when it was still called VoiceStream Wireless. He spent much of his time in areas that have little to do with selling stuff to enterprise buyers, but I definitely appreciated his forthrightness and clarity. He seems to come with the same type of approachability that had always distinguished Sprint.

When I first reviewed the merger plans, I had concerns about who would end up in key management spots. Fortunately, the higher-ups seem to have recognized that Sprint had the stronger lineup when it comes to dealing with enterprise buyers, and a lot of those Sprint leaders are still on board. The carryovers from Sprint include veteran Mike Fitz as VP of the wireline business; Allan Samson, SVP of marketing; Ivo Rook, SVP of IoT and product development; and Mishka Dehghan, VP of strategy, product, and solutions engineering.

When it came to painting T-Mobile’s position in the enterprise market, Katz readily admitted the vast majority of enterprise customers were with Verizon and AT&T today. I found him to be refreshingly frank and solidly optimistic, even though his customer encounters aren’t much different from mine.

However, T-Mobile has a plan and it starts with the network and the company’s aggressive program for rolling out 5G technology. Katz painfully recalled the T-Mobile of five years ago; at that point, it may have had decent coverage in the downtown areas, but typically faded out in the suburbs. Today, T-Mobile offers dramatically improved network quality and a footprint that has grown threefold from 800,000 to 2.5 million square miles.

With regard to the network, Katz stressed the combined company’s unique combination of low-band, mid-band, and millimeter wave-band frequency assets.

T-Mobile describes its coverage plan as a layer cake. At the bottom, T-Mobile had invested aggressively in the FCC’s 600-MHz and 700-MHz auctions, acquiring low-loss spectrum capable of providing coverage over wide areas from a single cell site. From Sprint, with its extensive portfolio of mid-band 2.5-GHz spectrum, it has been able to fill the middle. A 2.5-GHz signal won’t give you the same coverage area, but Sprint had a lot of it, and 5G accommodates wider channels, a combination that can mean higher data rates for users.

For the top of the layer cake, T-Mobile will depend on very short range (e.g., around 100 meters) millimeter wave spectrum for high performance in high-density hot spots. Verizon and AT&T follow the same strategy, only even more aggressively.

Besides the network strength, T-Mobile for Business’ strategy is built on delivering the best customer support and “insanely great value.” RootMetrics, a mobile network performance monitor, doesn’t test for that, so those claims will have to be substantiated in the field — maybe that’s why T-Mobile has it in for consultants?

However you slice it, it seems better coverage with a better network has put the new T-Mobile on the upswing, and the company now says it has posted 26 consecutive quarters as the national carrier with the highest growth in post-paid (i.e., “highly-prized”) customers.

The Ball Is In T-Mobile’s Court
While those with a warped understanding of economics may still lament the fact that we now have only have three rather than four national cellular providers (they don’t believe Dish either), we now actually have three “real competitors” rather than two.

With all that has gone on in the mobile world, the carriers have still managed to get by with three basic mobile services: telephone calls, SMS, and “best effort” broadband Internet access (i.e., no class of service for you). Of course, we only get their broadband data service if our phone can’t find a Wi-Fi network it knows since virtually all smartphones default to Wi-Fi for wireless data. While the cellular radio technology has advanced by leaps and bounds, the carriers only now seem to be getting their arms around VoIP.

Beyond the three core services, all three national operators resell things like hosted Cisco, Microsoft, and Cisco/Broadsoft UC/team collaboration as a service, a basket of IoT applications like fleet management, mobile workforce management, and the like. The thing to recognize is that despite the fact that these providers also operate the cellular networks, they offer no identifiable technical advantage over any other reseller. When we’re scoring proposals, we’ll compare them with the other offers in terms of price, support, flexibility, and the like, but they get zero points for also being a mobile provider, because there is no additional value to be seen.

This is a deficiency the mobile operators will have to overcome if they intend to expand beyond their current role as “the wireless dumb pipe for extending other peoples’ profitable mobile service to wide-area users.” With 5G they’re promising a wider variety of dumb pipes — some with lower latency and some geared toward IoT, but we’re still talking about a dumb pipe business… to wit, a low-margin utility.

If T-Mobile’s somewhat rebellious streak is still intact and it can be focused on its network engineering teams, that could possibly mean a faster path to new and better mobile or fixed/mobile solutions we could deliver to our users. Of course, any meaningful change to the cellular service will require changes like trunk-type connections between the core cellular network and enterprise PBX or UC&C platforms with signaling capabilities that deliver more meaningful information from the carrier’s signaling network and allow for more intelligent call management. The carriers’ late arrival to VoIP and SIP signaling may hold the key to the riddle of why a cell phone can’t act as a viable enterprise endpoint device with equivalent functionality to SIP-based desk phones.

Mobile operators have been steadfast in their intransigence about “opening the network,” and appear singularly focused on the consumer market where no one is asking for trunk-type connections. The result of that “do as little as possible” strategy has been that companies like Apple, Google, Twilio, and the rest have reaped the lion’s share of the profits from the mobile revolution.

More important than whether T-Mobile sits in the number two or number three position in the market at the moment is the fact that it is truly “in the game.” Under Legere the company rampaged through the consumer market, but that was more of a marketing than a technical achievement. Creating a real competitor to Verizon and AT&T in the enterprise space is going to take more than a good slogan. It is going to take actual new service offerings that are more than “Wi-Fi on the go,” which is what it’s selling today.

And Katz, to you I say: On behalf of myself and the other poor souls who waste our lives away trying to get a better wireless deal for our enterprise users, I hope you can give it to us.