Is Third Time the Charm for T-Mobile, Sprint?

A T-Mobile-Sprint combination would change the shape and dynamics of the mobile industry, but will the feds let it happen?

While most of us had given up on the possibility that T-Mobile and Sprint would combine to form a real third competitor in the U.S. wireless carrier market, over the weekend the companies announced plans for T-Mobile to acquire its smaller rival Sprint in a stock swap deal valued at $26 billion.

As covered in a related No Jitter post, terms of the deal call for T-Mobile to exchange one share for 9.75 Sprint shares. T-Mobile parent Deutsche Telekom will own 42% of the combined company, and Sprint parent SoftBank Group will own 27%; the remaining 31% will be held by the public. 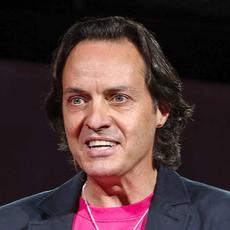 John Legere, T-Mobile's president and CEO, will serve as CEO of the combined company, with Mike Sievert, COO of T-Mobile, to serve as president and COO. The board, which will be chaired by T-Mobile chairman Tim Höttges, will consist of 14 directors -- nine nominated by Deutsche Telekom and four nominated by SoftBank Group, to include SoftBank Chairman Masayoshi Son and Sprint CEO Marcelo Claure, along with Legere.

Sprint and T-Mobile have tried to get together twice in the past. In 2014, about a year after SoftBank acquired Sprint, a proposed merger was derailed by objections from the Obama administration -- and this time around it's anyone's guess where the Trump administration will come down on this. The merger plan reemerged in 2017, with a combination deal that would have valued Sprint at $30 billion. That deal was scotched due to concerns by SoftBank's Son, who feared losing control of Sprint. He's apparently gotten over that concern, most likely when he realized the scale of the investments Sprint would have to make to ramp its network up for 5G.

The presence of two strong personalities has added some additional spice to the deal. T-Mobile's long-haired Legere has made a name for himself successfully piloting T-Mobile from the number four to the number three position in the U.S. market under the banner of the "Un-carrier." He has also boosted the company's market value to $55 billion, versus $26 billion for Sprint.

The other personality is SoftBank's unpredictable Son, something of a legend in investment circles. He was an early backer of Yahoo and Alibaba in the 1990s. His biggest hit was acquiring Vodafone Japan in 2006 and subsequently introducing the iPhone to that country. In December 2016, Son met with then President-elect Donald Trump at Trump Tower and promised to invest $50 billion in the U.S. and create 50,000 new jobs. Of late, Son has refocused his investments and created the $100 billion Vision Fund, which has positions in Uber and Arm Holdings.

A combined T-Mobile/Sprint would yield an interesting spectrum portfolio. In 2017, T-Mobile picked up 45% of the 600-MHz licenses in the FCC "incentive auction," for a total of $8 billion. It also has holdings in the 28/39-GHz millimeter wave bands used for small cells. Sprint, for its part, has significant holdings (roughly 100 MHz to 120 MHz) in the 2.5-GHz or "Band 41" spectrum, acquired with the purchase of Nextel Communications back in 2005.

Much is being made of the potential for the combined T-Mobile/Sprint venture in the emerging market for Internet of Things (IoT) services, though the two companies together command only 13% of the "connected devices" market in the U.S., versus 54% for AT&T and 33% for Verizon. For the moment, T-Mobile has deployed NarrowBand IoT and LTE Cat M1 IoT services (see related No Jitter post); Sprint has yet to roll out any such services.

The porridge has some lumps in it. While T-Mobile is a pure-play mobile operator, Sprint still runs an enterprise wireline business -- though according to Sprint's results for December 2017, that business accounts for only 5% of total revenue. Given the ongoing challenges in the wireline market, that's likely to be an early divestiture.

Some are heralding the deal as a loss for consumers, but I simply don't buy that argument. The U.S. mobile market today is a story of princes and paupers. The two largest suppliers, AT&T and Verizon, control 70% of the access lines; the combined T-Mobile-Sprint company will still be the number three carrier when lower-value connected device lines are included. Clearly the two little guys have been instrumental in driving a higher level of competition among wireless carriers with aggressive promotions, and I fully expect them to maintain that posture. The new T-Mobile will need to maintain its aggressiveness and its swagger, but must also build mass if it is to successfully challenge AT&T and Verizon.

All of this is unfolding in the shadow of AT&T's planned $85 billion acquisition of Time Warner, but this deal is an entirely different matter. The AT&T/Time Warner deal is a new form of vertical integration between content and delivery providers, but this is horizontal integration to allow real competition in the wireless market.

Calling the situation we have with two princes and two paupers "competition" is ludicrous. T-Mobile and Sprint have done an admirable service in shaking up the industry with their market-disrupting initiatives, but there's a big difference between guerilla tactics and a meaningful all-out offensive. Those who have demonstrated their ability to distinguish three from four "competitors" by counting on their fingers have no grasp of how much money it takes to make an impact in the wireless industry. The government should let the little guys combine for a real chance to compete and for consumers to benefit over the long run and not just for their next two-year contract.