A new chat feature is among several enhancements Facebook has introduced for Workplace, its enterprise collaboration service.

"Work from your home, commute, or desk" is a familiar claim now appearing on Facebook billboards... actually, billboards for Workplace by Facebook, the company's enterprise collaboration service. The campaign is likely related to Flow, the first Workplace by Facebook event for customers and resellers taking place today in Menlo Park, Calif.

Facebook launched Workplace in 2016 (initially as Facebook at Work Beta in 2015) with the mission of connecting entire organizations. Today, Workplace got several new features, including: 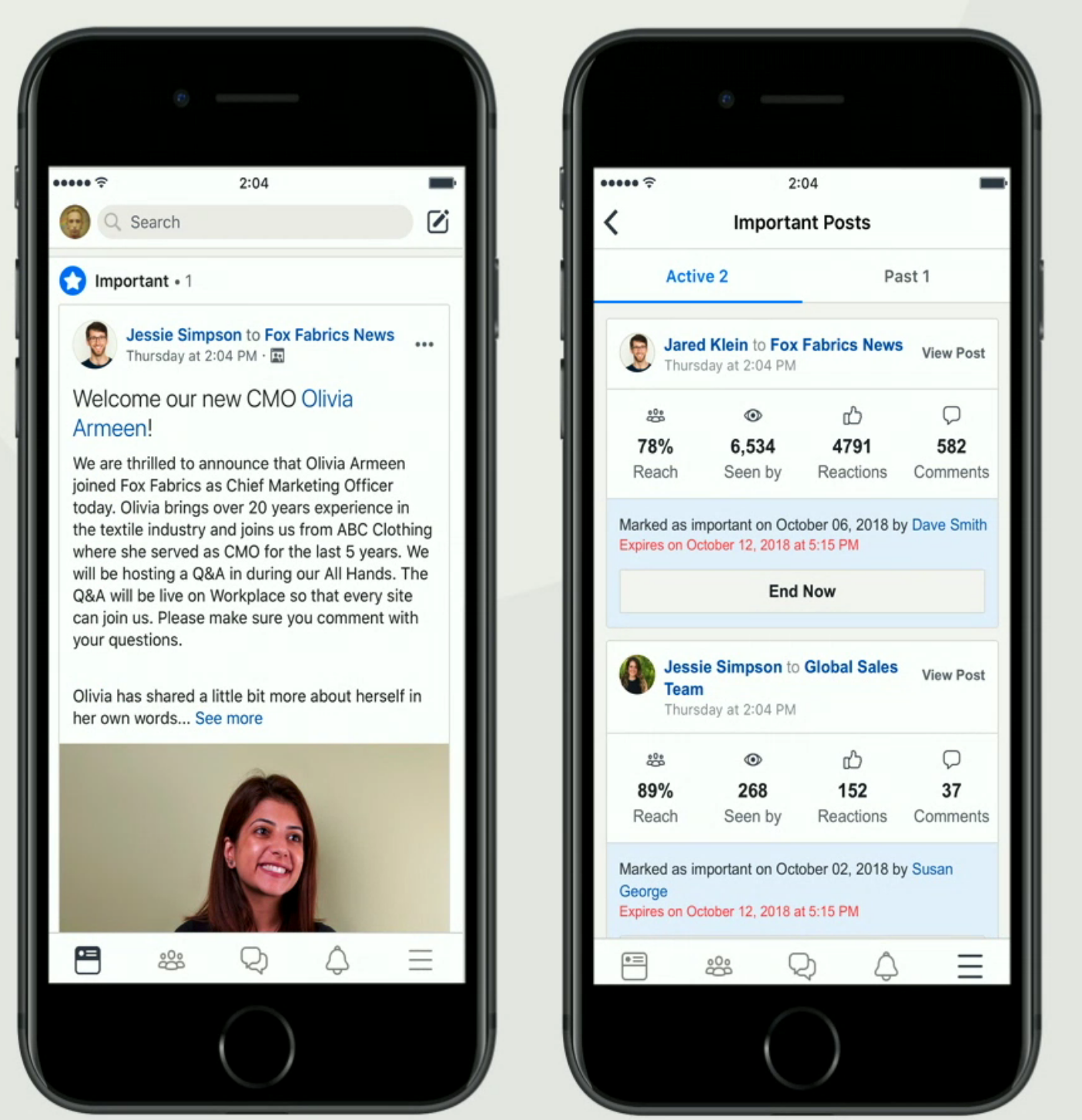 A distinguishing characteristic of Workplace by Facebook is its familiarity and ease of use. The enterprise application offers a similar but separate user interface as the popular Facebook social network. This means employees are often able to install and use the application without assistance or training.

Workplace so far has primarily enabled broad, organizational communications. It has been well suited for company-wide announcements, product updates, and group discussions. Workplace has been particularly successful in distributed organizations, often connecting employees who haven't had email or voicemail accounts. Employees are often willing to install the app on their personal smartphones, and it often represents their first company communications tool. Familiarity, mobility, and a low cost is enabling Workplace customers to connect higher percentages of their employees than they've been able to do with traditional tools.

Now with Workplace Chat, the app becomes a viable alternative in the workstream collaboration space. These solutions are reimagining enterprise communications and collaboration.

When Workplace launched, Facebook was quick to distinguish itself from solutions such as Slack and Microsoft Teams by targeting the unconnected, deskless workers. However, that distinction is disappearing from both ends. Workplace now offers better team chat capabilities, and last month Microsoft announced applications that target "firstline" workers.

Workstream collaboration apps can span entire organizations, including the C-suite, knowledge workers, and manufacturing and service workers regardless of location. IDC forecasts that mobile workers will account for 72% of the country's workforce by 2020. Non-office-based mobile workers will represent more than two-thirds of the total mobile worker population. The factors fueling this trend are the increasing functionality of mobile apps, and the near ubiquity of mobile devices and wireless connectivity.

The question now is how well Facebook can compete in the enterprise space. Workplace is effectively a SaaS startup within Facebook, albeit one that has a global network of data centers, a near-universal UI, and a ton of directly relevant intellectual property. However, it doesn't have an enterprise installed base, other enterprise apps, or a mature enterprise sales channel.

Facebook claims that 30,000 organizations are now using Workplace. Its customer roster includes tech organizations, governments, and enterprise accounts such as Walmart, Starbucks, Century 21, Delta Airlines, and Vodafone. Presumably, most of its customers pay Facebook an incremental, new fee for the service.

Unlike its social app, Workplace is not funded by advertising. The Premium version runs $3/month per subscriber. Enterprises can use a free Standard version, too, but it lacks integrated apps and enterprise administrative features. Workplace for Good is a full, free version available to education and nonprofit organizations.

Microsoft reported last month that 329,000 organizations are using Teams. That's about 10 times as many users as Workplace, though none are paying specifically for Teams as Microsoft included the app in all Office 365 subscriptions. Neither Microsoft nor Facebook have shared daily active user metrics.

The other shoe that may drop is stronger integration with email. Last month, Slack acquired email app maker Astro. In July, Facebook acquired Redkix, which produced a combined email, messaging, and calendaring app. Neither Google nor Microsoft have indicated plans to bundle their workstream collaborations clients with email.

There's plenty of excitement and interest in this space, but none of these apps have particularly widespread adoption. Only Slack has provided daily active user counts -- eight million DAU last May.

Potential customers will need to evaluate how committed Facebook is to enterprise software and services. With this week's announcements there appears to be commitment. However, that can change if the company's core business is under pressure, and certainly pressure has been rising. Last month Facebook had the public departure of Instagram's founders, public grievances aired from the WhatsApp founders, and its biggest security breach.