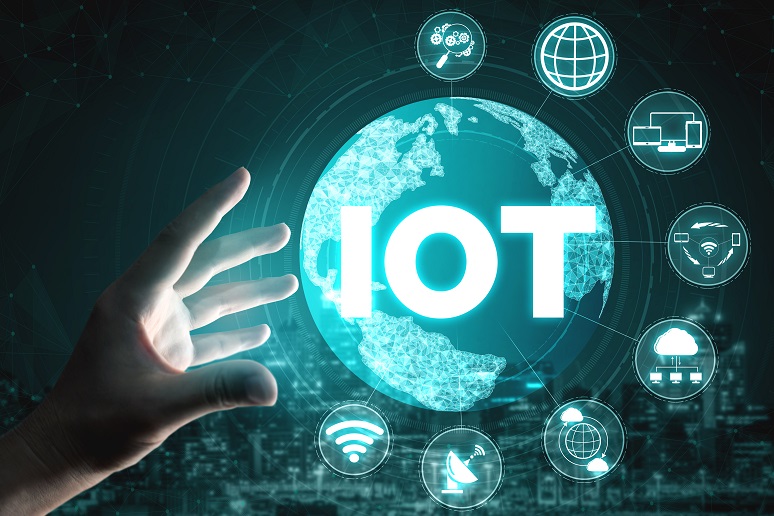 Image: Blue Planet Studio - stock.adobe.com
Today's market offers a multitude of Internet of Things (IoT) devices for both residential and business applications, and each day more products are being launched. For IoT devices to work, they need IP and Ethernet connections and, of course, power. About half of IoT devices are connected to wireless networks, and the other half are still wired.
IoT Wired Network Challenges
Wired devices present two unique challenges: adding Power over Ethernet (PoE) and extending the Ethernet connections beyond the 330-foot cable limitations.
The PoE issue depends on the power required by the IoT device. IoT devices usually don’t consume extensive power, but connected devices can tax the total power output of a LAN switch. Some LAN switches also don’t support PoE on all ports. Additionally, LAN switches might not have enough ports for IoT devices. When LAN switches were designed, they were created to connect to desktop, laptops, IP phones, and security devices. Now, IoT devices come in all shapes and sizes.
DSL Technologies
Internet access started first with modems. Then, digital subscriber line (DSL) technologies arrived. DSL provided megabit speeds to homes through existing telephone lines (unshielded twisted pair [UTP]), allowing a connection beyond the 330-foot limit.
Cisco has a Long Range Ethernet (LRE) solution, which leverages Very High Data Rate Digital Subscriber Line (VDSL) technology and extends Ethernet speeds from five to 15 Mbps services over existing category 1/2/3 and distances up to 5,000 feet. For a nice introduction to LRE, watch this YouTube video.
Long Range PoE
The use of Long Range PoE (LRPoE) is a solution to the cable distance problem. With LRPoE, you can use existing UTP telephone wiring for network devices operating the standard Ethernet protocol, similar to DSL technologies. This solution avoids the high cost of deploying CAT-5, higher wire cable, or fiber optic cable. You can also use the existing cables runs, which may be filled with other cables. This avoids installing conduits for the new cables. LRPoE enables Ethernet connections to extend distances in buildings by using the existing CAT 1, 2, or 3 UTP wires.
Many offices, manufacturing, and storage areas in buildings and their footprint outside the building can be hundreds of feet away from the LAN switch closet. Those areas are likely connected to a UTP network closet that has been wired with telephone-grade twisted pair cable, which will be/or is retired for connecting to legacy telephones. By using existing telephone cables to connect to the PoE-based IoT devices, enterprises can take advantage of great savings since no new cabling will be required, and the deployment of wired IoT devices will take considerably less time.
LAN Switches
The common solution for lack of ports is to buy more LAN switches, but not all switches support PoE. There are vendors of LAN switches such as ADTRAN, Cisco, and NVT Phybridge that offer LAN switches that support LRPoE, which operates over twisted telephone cable and exceed distances of 1,000 feet. These vendors support 10Mbps and support up to 100Mbps for shorter distances. The cable lengths can easily exceed the 330-foot distance of standard Ethernet.
Cable Extenders
If you have enough LAN switch ports with PoE, then you could use cable extenders to connect them to the twisted pair cable. Ethernet extenders transmit traffic between LANs and endpoints and can transport higher network-layer protocols, like IP, over distances that surpass standard Ethernet. Copper wire Ethernet extenders include 2-, 4-, and 8-wire variants and use UTP wiring to extend a LAN’s distance. The UTP Ethernet Extender converts Ethernet to a form of DSL and converts these signals back to Ethernet. These units are usually deployed in pairs, but single units can operate with compatible LAN switches.