Integration Is the Name of the Game... Snap!

UC vendors aren't playing around when it comes to integrating their communications capabilities with business applications.

Taking a walk through my local park the other night, I heard some kids playing Snaps, an age-old camp favorite. Remember? Snaps is the name of the game. The name of the game is Snaps. With that ditty stuck on replay in my head, but work always on my mind, one minute I heard "Snaps" and the next, "integration." 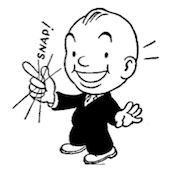 I know, it doesn't have quite the same ring to it, but I'm sure you can see why the mental switcheroo was so seamless (even if you've never played Snaps let alone heard of it). In UC today, integration is very much the name of the game. And oh what fun we're having with it of late.

Avaya really set the industry a-spinnin' when it acquired Esna Technologies, which, as TalkingPointz analyst Dave Michels pointed out in a No Jitter post, had been king of the hill when it came to cloud integration platforms. That means virtually every major industry player, from Avaya itself to Cisco, Mitel, ShoreTel and so on, has some sort of Esna-powered integration in its portfolio. Initial reaction was that these companies are going to want to figure out a different way of (or partner for) integrating their UC stuff into business apps.

Not so fast. Post-acquisition I caught up with Avaya CTO Laurent Philonenko, who told me he sees the Esna acquisition as an opportunity for Avaya to change the interoperability game (not to mention assure it a future in communications). As I shared last week in a post on the new Avaya Communicator for Web, the first integration since the Esna buy, "The truth will be in how we behave," he said.

Even before buying Esna and its cloud integration platform, the company was touting a "let's play nice" strategy, giving developers the ability to embed Avaya communications capabilities in apps via the open development platform we've written about previously on No Jitter. The decision to acquire Esna and give its former CEO, Mo Nezarati, responsibility for UC applications stand as proof points in Avaya's commitment to openness, Philonenko said.

"The future is openness, and we're migrating Avaya to the future, and so the decision to have UC applications report into Mo was very deliberate," he told me.

This is all to say that we shouldn't expect Avaya to do anything that might compel its competitors not to continue using the Esna platform for whatever integrations they might need. That's easier said coming from Avaya than Cisco, of course. Likewise, it's easier saying than doing -- Nezarati and his team, not used to working with a legacy stack or within the confines of big-company processes, won't find openness as much of a cakewalk at Avaya as they did on their own. But, in talking to Nezarati, I do get the sense that he's up for the challenge.

I have to say the same for another integration whiz I met recently, too -- that being Marco Casalaina, VP of integrations at RingCentral. He didn't say so, but I bet his personal mantra is: Give me an app and I will integrate.

Since he joined RingCentral a year ago, the company has released about seven integrations, including one, announced last week, that brings its communications capabilities to the Oracle Sales Cloud. No doubt the fun will continue now that RingCentral has acquired Glip, itself quite integration savvy, as reported on No Jitter.

RingCentral will integrate its cloud phone system and the Glip messaging and collaboration app, bringing communications to where users live. This desire to deliver "hub style" integration, as Casalaina calls it, is upping the ante in the game of communications integration. Integrating click-to-call into a business app like Salesforce is a gimme. Integrating calling functions and video conferencing into a user "hub" like Gmail (which RingCentral has done) or Glip is a different sort of integration altogether -- it hits people right where they spend their workday (a theme Avaya's Philonenko hit on, as well).

So Avaya and Esna. RingCentral and Glip. We can toss Vonage in there, too, with its May gUnify acquisition. Cisco and Tropo? Every company is trying to differentiate itself -- and ensure continued success -- on the ability to build its communications capabilities into whatever anybody fancies. Integration is the name of the game.

UC and CC: Better Together for Cloud Migration

The flexibility of cloud platforms means that any vendor can develop solutions for any space – and that creates new opportunities.

The latest news from Nvidia, Workplace from Meta, Microsoft, Tollring, Segra, and Calendly

Horizons, Holograms, and Headsets: What’s Next in VR/AR

The biggest month of the year for virtual and augmented reality ended with a bang.

The latest news from Zoom, Fuze, Verizon, LogMeIn, and Inteliquent