Be a Change Agent for Your Workspaces

Everyone’s No. 1 focus should be on creating great employee experiences. 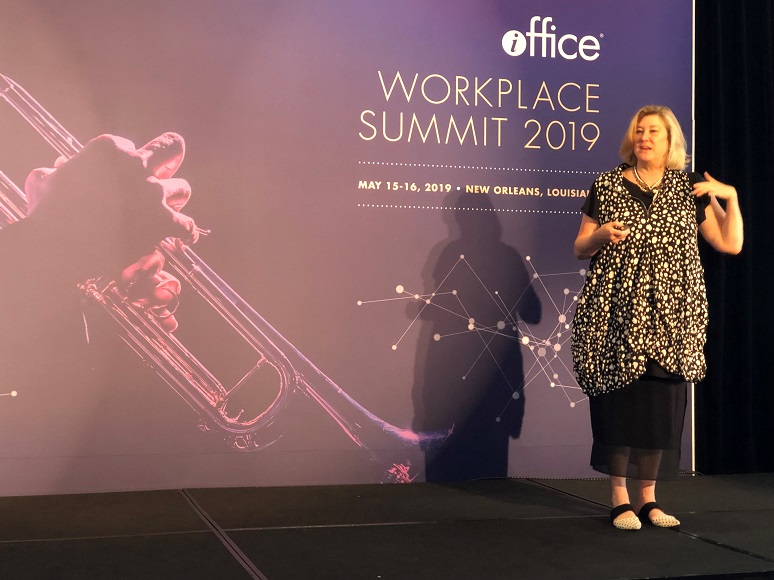 Change is continuous, and it’s happening faster than ever. This you know, perhaps because change is the only constant in your workplace. That’s not going to change -- no pun intended.
This reality is daunting enough, but have you considered that change will never move as slowly as it does today? “This is the part we have to buckle in and embrace,” said Kay Sargent, senior principal and director of HOK’s WorkPlace practice, speaking last week during a keynote talk at a customer and partner event put on by iOffice, a facilities management software provider.
In her role at HOK, a global building and space design firm, Sargent has worked on designs for 55 million square feet of workspace for 70 or so of the largest companies in the world. “We’re dealing with companies that have millions and millions of square feet of office space around the world, and they kind of want to know what’s coming,” she said.
While Sargent spoke largely to a group of facilities and corporate real estate managers, her message could easily have been for IT, HR, and any professionals involved in workplace development. When it comes to planning, Sargent identifies three types of people: Those who just kind of let things happen, those who make it happen, and those who wonder “what the hell happened?”
Sargent encouraged her audience to be the ones that make the future happen. But being a change agent means understanding what’s coming so you can truly prepare, she added. Based on what HOK sees in the workplace, here are the eight things you need to be focused on right now to stay ahead, Sargent said.

Beyond these here-and-now focus areas, Sargent shared a long list of more forward-looking concepts to get a handle on. Examples include: