Rather than hold providers accountable, the Commission wants to lower speed requirements and loosen definition of competition.

You may have missed this item with the uproar around the Federal Communications Commission's recent decision to repeal Net neutrality rules, but the agency is prepared to harm consumers further by changing the definition of what constitutes "broadband service" for compliance purposes. While Section 706 of the Telecommunications Act of 1996 specifies that broadband service providers must enhance their service offerings in underserved communities to meet compliance requirements, the FCC has proposed to dismiss this requirement by instead changing the definition of what constitutes broadband service. In so doing, it would effectively be lowering acceptable upload and download speeds for data by more than 50%. There have been rumblings about the FCC's intent for a while, with a request for comments having been issued last summer. But time is now of the essence, as the FCC plans an action item decision on Feb. 2.

As I asked in the October 2017 No Jitter post, "Changing Broadband Definitions," when teachers have trouble getting students to pass a test, should they lower the standards for passing or modify the teaching so that students understand, if not master, the material? The same question applies here. If you're in favor of the "dumbing down the test" approach, read no further. If you feel otherwise, read on. 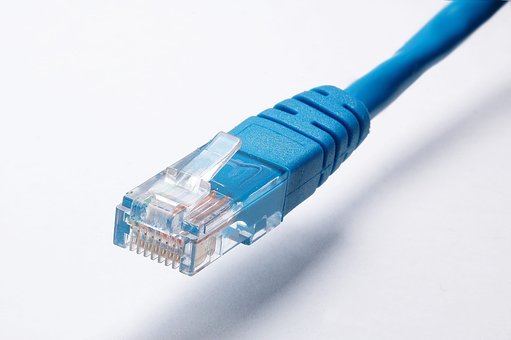 Recognizing that there's more than one way to skin a cat, FCC Chair Ajit Pai is suggesting that rather than hold the largest providers accountable, an easier resolution would be to lower the definition of broadband from 25 Mbps down/3 Mbps up to 10 Mbps down/1 Mbps up, and then redefine "competition" so that the presence of one additional provider, located within a half-mile radius of the potential customer, constitutes competition. Really? The redefinition of these key terms is a back door way of enabling existing rules to fit a process that's clearly not achieving its defined goals. It fails to address the underlying problem, which is that the primary providers have little incentive to build out services that those of us who live and work in metropolitan areas take for granted in places where the market alone will never be able to sustain the cost to deploy and maintain these networks.

But back to the speed issue. If the FCC chair and his Republican cohorts are successful in lowering the defined speed of advanced communications capability, the change would put the U.S. in a unique position. According to statistics provided by Cable.co.uk, the U.S. would be 50th in the world, right between the Isle of Man and the Bahamas, in terms of mean download speed. Even at the current 25 Mbps down/3 Mbps up defined rate, the U.S. comes in at 15, between Hungary and Lithuania. For the record, Singapore is first, with a mean download speed of 55.13 Mbps. Further, although it's not on this list, the Canadian legal standard is 50 Mbps down/10 Mbps up, a far cry from the current American standard.

One other important note. The speeds quoted reflect delivery goals. But speed drops based on demand, so if four people at a residence are online at the same time, the speed for all drops as they struggle to share the finite amount of upload and download capacity. Given that a single Netflix stream consumes between 3.5 and 5 Mbps by itself, and given that with every day we each have more connected devices sharing the bandwidth, this proposed weakening of the delivery standard will hurt multi-device households most acutely.

First of all, with current LTE implementations, mobile data is subject to latency issues simply as a function of the transmission process. Latency is a particular problem with cellular broadband, although when 5G is deployed this problem is likely to be gracefully addressed. Additionally, and probably more critically, the cost to use cellular data is significantly higher than the cost to use fixed-line broadband. CCG Consulting estimates the cost for a household using 100 gigabytes of cellular data in a month at close to $1,000, where the cost of functionally faster fixed-line broadband is probably one-tenth of that amount. Given that average households use between 150 and 200 GB of data per month, according to several ISPs, the cost differential alone is nothing short of staggering. Additionally, wireless providers often throttle data when a certain usage limit is reached or when network traffic is heavy, according to Tom Brannen, president of Wassaw Consulting, an independent business communications consulting firm. Finally, because the demand for higher network speeds will only increase as more devices and people connect, the plan to lower the threshold definition is nothing if not shortsighted.

Earlier this week, President Donald Trump signed two executive orders creating additional funding mechanisms to support rural broadband deployment. While claiming that such action would enable American farmers to "compete on a level playing field," he failed to mention (or his speechwriters failed to include this information) that at the same time his administration is working to lower the standard delivery speeds, thus creating an unlevel playing field once again.

How can American students and enterprises succeed if, in the name of increased deployment, we lower the quality of what's being deployed? I guess it's time for another comment to the FCC and a call to my congressman.

Hear more from Martha at during the Enterprise Connect 2018, March 12 to 15, in Orlando, Fla., where she'll be participating in a panel discussion, "E-911: Proactive Strategies for Success." Register now using the code NOJITTER to save an additional $200 off the Advance Rate (expires this Friday, Jan. 12!) or get a free Expo Plus pass.

The Collaboration Platform Battle: It’s On

At Enterprise Connect this September, take a deep dive on shifting market and technology dynamics.

End-user adoption remains key to getting the value out of UCC technologies, but strategies must change to meet the work-from-anywhere moment.

Get the Future, Today: Demand More from Service Providers

Five must-haves when evaluating UCC options for the new workplace

A collaborative practice model, supported by the right collaboration solution, can improve patient outcomes while reducing cost of care.