Facebook launches “Facebook at Work,” a collaboration solution that allows colleagues to use a mobile app or Web interface rather than the more traditional email.

Facebook launches “Facebook at Work,” a collaboration solution that allows colleagues to use a mobile app or Web interface rather than the more traditional email.

News began to trickle out today of Facebook's 'soft' release of "Facebook at Work," a smartphone app aimed at the workplace that lets businesses create their own social networks to use for collaboration purposes. According to reports from The Wall Street Journal and TechCrunch, Facebook at Work (also referred to as "[email protected]" or simply as "Work") will look and feel similar to the consumer version of the social network, with a few noteworthy differences--namely, advertisements won't appear in the application, and Facebook does not intend to track user activity or data. In particular, the new app employs the idea of "Groups" as an answer to the inefficiencies of email collaboration.

For a company that has advertising built so strongly into its business model, this move is new ground for Facebook. WSJ points to Microsoft's Yammer, IBM's Connections and Slack as Facebook's main competitors in workplace social networking and collaboration. While these companies have been in this space for some time already, some, including Facebook leaders, point to the site's popularity and familiarity as its major advantages as it enters the new market.

"Facebook at Work's strength is that we've spent ten years and incorporated feedback from 1 billion active users," Lars Rasmussen, engineering director at Facebook, told TechCrunch. "All of that is embedded now in the same product but adapted for different use cases." 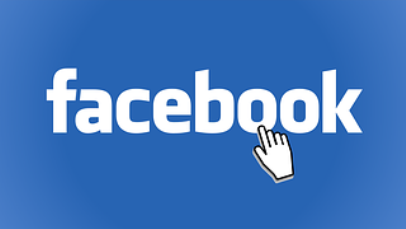 Success or Failure?
Because Facebook at Work is still in its early stages of release, its prospects are uncertain. Hyoun Park, chief research officer of Blue Hill Research, noted that Facebook continues its mission to provide specific applications for certain use cases, pointing to Messenger for personal messages, WhatsApp for mobile messaging, Oculus VR for virtual interactivity, and Instagram for pictures, as examples. When you look at these other moves Facebook has made, it makes sense for Facebook at Work to be separated from Facebook from a social graph perspective by not tracking users or their data, he said.

"The real question is whether Facebook at Work is differentiated enough to become a real work tool," Park commented. "One of the most common themes for enterprise software is that companies buy a tool, then seek to customize to fit their employees' workflows and preferences. Facebook at Work will need to quickly build out add-ons and enterprise APIs to support what is already a complex enterprise collaboration space, between unified communications players like Avaya and Cisco, enterprise collaboration and social networking players like Microsoft Yammer and IBM Connections, intranet and community players, and the embedded collaboration and messaging that often exists within enterprise applications such as Salesforce Chatter."

It is interesting that Facebook is going in this direction given existing concerns over allowing work computers to access Facebook at certain companies, Park noted, suggesting it may be an obvious response to Slack, which was one of the fastest growing startups last year, now valued at over $1 billion. "But this announcement also shows that Facebook believes that enterprise social has finally arrived to the point where Facebook needs to at least experiment with a potentially viable product."

Consumerization at its Peak
Reactions to Facebook's news have been mixed so far, with many bringing up questions of email integration, monetization and consumerization. I asked a few of our regular No Jitter contributors to share their insights on this development.

Zeus Kerravala, founder and principal analyst with ZK Research, agreed that it's an interesting move for Facebook. Whereas five years ago the first thing you would do when you woke up was check your email, today the first thing you do is check Facebook, he said.

"I do think there's a need for it," Kerravala said. "I think this whole concept to collaborate through a social interface would add a lot of value to the enterprise – because people work that way in their personal lives."

The difficult part for Facebook will be understanding what the enterprise requirements are, he said, noting that there are very few companies historically that have ever managed to really do a good job of selling to both consumers and enterprises.

"Now if you assume that the enterprise is becoming more and more consumerized, maybe there's some hope for Facebook there," Kerravala said. "But I do think it is a different set of requirements and I don't think they know what they don't know yet."

Impacts on the Enterprise Social Market
Sheila McGee-Smith, founder of McGee-Smith Analytics, explained that the most interesting aspect of this launch to her is that Facebook at Work has been used internally at Facebook for years. She pointed to other similar industry developments that could evolve with Facebook at Work.

"I recently had a conversation with a marketing exec at Google who said that the company uses its Google+ platform internally for what we in the enterprise communications think of as 'collaboration,'" she said. "It almost seems as though the solutions being built by Unify, Cisco, Avaya and the rest offer fairly generic capability that can easily be replicated with these social platforms – should those companies decide to aggressively pursue the space."

Andrew Prokop, director of vertical industries at Arrow Systems Integration, said Facebook's move is a no-brainer to him. "Most companies realize that their employees already have an active presence on Facebook," Andrew told me. "Facebook at Work provides a seamless transition from how employees share their personal lives with friends and family to how they share their work life with colleagues. User training would be non-existent and adoption rates would be high. Winner."

Winner or loser, that remains to be seen. Regardless of how things shake out moving forward, to me, the social media giant's launch reaffirms my belief in the value of enterprise social – which has historically often been viewed with trepidation or as insignificant to business. Facebook's move into the market might actually do something to change that viewpoint.