Our lives are almost run by 'return on infrastructure,' whether we know it or not. 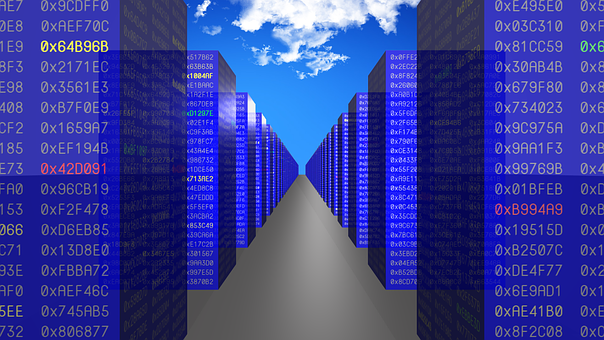 Everyone knows the traditional decoding of the acronym “ROI” is “return on investment,” and anyone who’s tried to get a project approved knows that’s important. For technology planners, though, there’s an alternate decoding of the “I” in “ROI” that we need to think about: “infrastructure.” Whether you’re building data centers, clouds, or networks, return on infrastructure should be an early focus of your planning, and if it’s not then the traditional ROI may be difficult or impossible to achieve.

Why do we see some industries seeming to embrace automation and networking, applying a big part of their revenue to new technology, while others languish? Do they have smarter management, a better-educated labor pool, or what? Why do some countries offer broadband connectivity at three or four times the speed of others, and at half the price? Better regulations? The answer in both cases is “better economics.”

Return on infrastructure analysis, which I’ll abbreviate here as “RoInf,” is a way of establishing the potential ROI associated with a technology project, computing, or networking. The trouble with ROI is that you can define a project, lay out benefits, get bids, run the numbers, and end up finding out that you’re nowhere near the right answer. Wouldn’t it be nice to be able to decide, before you go to all the trouble of defining project details, whether there’s any hope of getting a favorable ROI? That’s where RoInf comes in.

Let’s start with an automation project in a typical business. The goal is to enhance productivity, right? Then start by asking what productivity is worth, which starts with what’s called the unit value of labor for the various components of your workforce. If you can improve productivity for a worker by 10%, the benefit is worth 10% of that worker’s unit value of labor, which is salary, fringe benefits, etc.

Most companies that use RoInf in planning will classify their workers into groups based on a combination of their unit value of labor and the extent to which their job performance is subject to improvement through automation -- call it “empowerability.” Most companies have four broad classes of workers: executive/managerial, professional/technical, clerical, and manual/production.

How much of a difference in RoInf is there for productivity apps? The employee class with the highest unit value of labor has about 200 times the value of the class with the lowest. Verticals with a preponderance of high-unit-value-of-labor employees can generate high RoInfs. Professional, scientific, and technical service firms have unit value of labor and information empowerment potentials that are three to almost eight times that of retail sales, agriculture, and transportation firms. These differences are mirrored exactly in IT spending by these verticals, so RoInf proves out in the real world.

RoInf principles also are applicable to service provider networking, but based on a different metric. Absent government funding to support deployment, the RoInf of a given market geography is directly related to something I’ve called “demand density,” which is a combination of gross domestic product per square mile and the total available right-of-way for deployments. High-demand density means that you can earn a lot of revenue from deploying a mile of infrastructure because that mile will “pass” a lot of consumers of network services. Low-demand densities make it harder to earn a return from deploying network assets.

RoInf also decides whether there will be “competition” in networking. In an area where RoInf is low, nobody is going to make much deploying infrastructure and so nobody will. Everyone wonders why big over-the-top (OTT) players like Google seem to only dabble in broadband, and the answer is that the RoInf for consumer broadband in most countries is simply too low. OTTs can make more on their investment in their core business areas.

Our lives are almost run by RoInf. It determines what can be done with automation, with networking, with UC/UCC, and with just about everything in tech. It lets us target the good areas, avoid the bad areas, and understand how changes in the fundamental cost of technology will change the rate of technology investment. We can decide where the cloud would work and where it wouldn’t, and why a 5G/fiber-to-the-node hybrid for home broadband would be a game-changer.

RoInf doesn’t eliminate the need to justify technology projects using ROI, but it makes it possible to target projects and even tune costs to match the expected outcome of projects, without spending the time and money on detailed planning. It lets you focus on the possible and the optimum -- and that’s a good way to do tech planning.