Genesys Cloud: And Then There Was One

Genesys switches up its go-to-market strategy by focusing its resources primarily on Genesys Cloud CX. 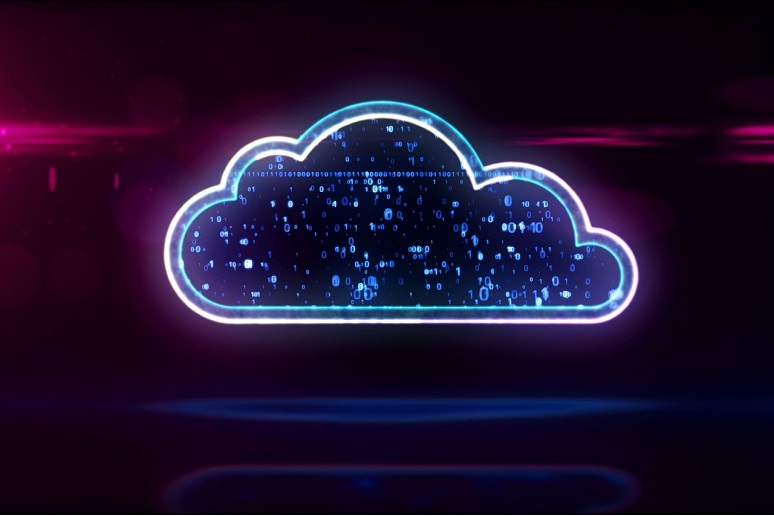 Image: Skorzewiak - Alamy Stock Photo
Today Genesys announced, in a blog authored by Tony Bates, CEO, Genesys, that going forward the company will concentrate research and development, as well as sales, marketing, and operational resources, on a single cloud solution, Genesys Cloud CX.
Most of what has been known as Genesys Multicloud CX will no longer be sold (see detail below). Current customers will continue to be supported until the end of their current contract. “I’m confident that existing and new customers and partners who embrace Genesys Cloud CX will benefit from our bolder and more focused approach to development, investment and partnership,” said Bates in the blog.
Six years ago, after Genesys acquired fellow contact center leader Interactive Intelligence, the company had three cloud contact center solutions, including:
Earlier this year, Genesys announced end-of-sale and -support dates for PureConnect. Today’s news that Genesys Multicloud CX will no longer be an active part of the Genesys portfolio completes the rationalization of the company’s cloud contact center offerings to just one — Genesys Cloud CX.
To get a deeper dive into the news — and its strategic implications — I spoke with Olivier Jouve, EVP and general manager, Genesys Cloud CX.
Jouve led off the conversation about discontinuing further development of Genesys Multicloud CX by providing more color on why the decision was made. At a high level, it’s about focus. “With the success we have had with Genesys Cloud, this is the right moment to go to market with a single cloud platform,” declared Jouve. He went on to describe Genesys Cloud success as defined in “a million” ways, including number of users and referenceable customers, the happiness of consumers interacting with the application, and feature availability. The accompanying graphic provides updated public numbers on the number of Genesys Cloud customers (over 4,000) and agent seats deployed (720,000). 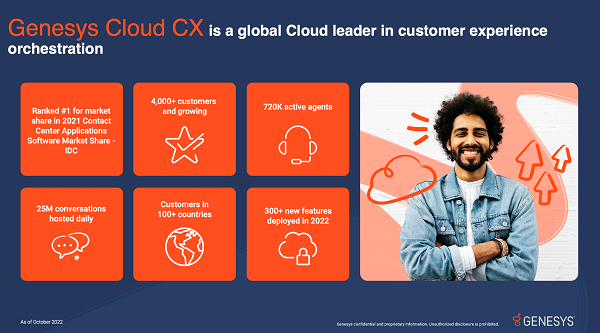 A single platform means alignment of the company behind a single platform, Genesys Cloud — alignment of sales, marketing, and professional services. Jouve admitted that the taxonomy of Genesys product names has been a bit complicated, so specifically, these versions of Genesys Engage will no longer be sold:
One of the most important things I learned from Jouve is that the Genesys Engage premises-based solution — used by thousands of companies worldwide — is not affected by today’s announcement. Genesys will continue to sell the Genesys Engage premise solution to new customers as well as offer additional agent licenses to existing customers.
Jouve explained that there remain countries where a public cloud-based solution is not possible, e.g., China and some other countries where internet infrastructure is not ubiquitous. Some companies also still prefer premises solutions, often because of data security or industry regulatory concerns. Genesys will continue to support these customers with the premises version of Genesys Engage until those companies are ready to move to the cloud.
If thousands of Genesys customers are not impacted by today’s news, it begs the question, how many customers will need to make a new contact center solution choice? It turns out the number is relatively small; Jouve shared during our call that less than 2% of the company’s 7,000+ customers are affected. Jouve was quick to note that while small in number, these are large and important Genesys customers.
It is worth noting that both the Genesys blog and Jouve during our conversation stressed the internal Genesys company benefits from a single-minded focus on the Genesys Cloud CX platform. The move also comes with some competitive advantages. Major CCaaS competitors, e.g., NICE, Five9, and Talkdesk, go to market with a single platform. With multiple products, Genesys customers and prospects were often left wondering which was the right product for them. Also, competitors could introduce fear, uncertainty, and doubt (FUD) into deals with Genesys along the lines of, “Genesys will sell you Genesys Cloud CX but when it comes to implementation, you will have to install Genesys Engage in order to get the functionality you need.”
With the announced end of Genesys Multicloud CX, Genesys is sending a message that Genesys Cloud CX has the scale, features, integrations, and innovation required by the largest contact centers in the world. No bait and switch involved.
*Editorial note from the author: During my briefing, I was told that there would be some job reductions at Genesys as a result of the strategic changes detailed here. I was not apprised of the scope of the reduction in force that has since been reported on social media and various job sites.