Collaboration for All, Not Just Millennials

Regardless of age or experience, most workers today expect to be equipped with the best tools available to do their jobs.

It's a common occurrence. You're at an event or in a meeting, and you suddenly find yourself future-gazing about how the world of communications will look 20 years from now. There'll be someone talking in your ear about their kids to emphasize the difference between generations, from a digital standpoint. With two teenage daughters of my own, I've done this on numerous occasions. Stereotypical young people these days no longer email, or even use Facebook. For them, it's all about Snapchat. Or is that even the case anymore? 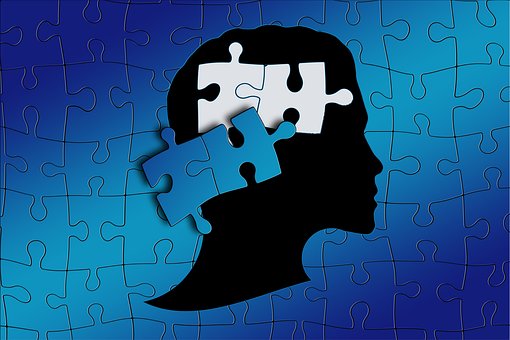 As with any stereotype, there is of course some truth in there somewhere -- a starting point. That's important because this generational digital divide is at the heart of the dilemma facing enterprises all over the world as they confront the needs of tomorrow's employees and users. Understanding the latest mindsets and habits of young people is a constant fascination for those who seek to facilitate collaboration for them. But is it the be-all and end-all for the modern enterprise?

Perhaps you can't teach an old dog new tricks, as the saying goes, but evidence is growing that veteran employees manage to teach themselves.

According to a 2016 survey carried out by Dropbox and research firm Ipsos, the notion that older workers generally struggle with technology is a misconception. In a survey of 4,000 workers in the U.S. and Europe on the use of technology in the workplace, researchers found that people age 55 and over utilize 4.9 forms of technology per week, above the overall average of 4.7. Furthermore, the research revealed that older workers are less likely to find using technology in the workplace stressful -- just one-quarter of the over 55s said they did compared with 36% of respondents aged 18 to 34.

Vendors often portray millennials as a group of young guns infiltrating the workplace and bringing with them a list of demands. Their manifesto -- so the story goes -- is to use the tools of their choice, to work how they want, when they want... or face the consequences! Organizations are understandably concerned that, should they fail to oblige, they'll face a barrage of discontent, a lack of ability to retain the best talent, and the dangers of shadow IT. But as the stats above suggest, millennials aren't the only ones driving workplace transformation.

What Does Being a Millennial Even Mean?

It's important to remember that the millennial generation includes everybody born from the early '80s onwards through much of the '90s. Many of them had childhoods without smartphones and tablets and will already have been working for more than 15 years by now. That's plenty of time to become entrenched in a non-digital work routine and even refute newfangled ways of working.

But, safe to say, most workers today expect to be equipped with the best tools available to do their jobs. That means they want communications and technology that empowers them to make smarter, faster decisions and create more meaningful interactions with one another and their customers.

Most organizations want modern work environments that can adapt to employee preference. Even among those businesses that haven't yet made a conscious decision to embark on a digital transformation journey, many have in fact been rolling out digital features over time. They'll have started with simple things like paperless billing or Web payments, and then will add in increasingly complex processes.

Advancements in unified communications and collaboration (UCC) technology over the past decade have allowed workers to collaborate across different interfaces and platforms. As organizations undergo their digital transformations, in whatever form those may take, businesses have the opportunity to introduce a UCC strategy that ties everything and everyone together and allows for a more communicative, productive workforce.

Employers need to create opportunities for more transparency and communication, as well as an employee community for enhanced collaboration, so work becomes more meaningful and interactive for everyone.

Considering the user's personal preference, and working to facilitate this -- whether that be private messaging, screen sharing, video calling and conferencing, or all of the above -- is key. These capabilities need to be neatly packaged together and available to geographically dispersed internal and external teams alike. Assuming, correctly, that all employees are willing to give UCC a chance, it's on enterprise IT executives to enable a user experience that resonates with all age groups in the workforce.

The term millennial is, after all, inherently flawed. Nobody should expect the behavior of an 18 year old to be the same as a thirty something (like I said, I'm speaking as a father to teenage girls!). One thing that's abundantly clear, however, is the consumerization of the workforce, where technology affects our personal lives to the point that we want and expect similar experiences in our professional lives.

My future-gazing tells me this will continue to drive the internal digital strategies of organizations the world over. Any business unwilling to accept and accommodate it risks being left behind.