CCaaS provider continues to commemorate the occasion with Series D funding and a new CFO. 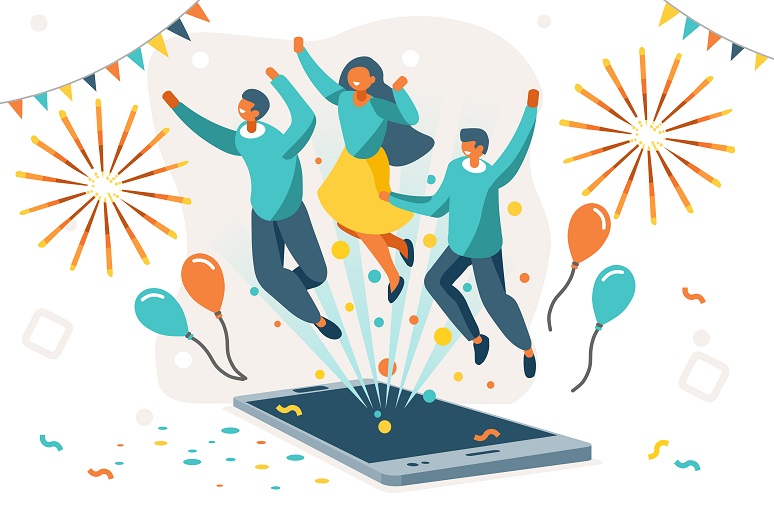 Image: Aurielaki - stock.adobe.com
CCaaS provider Talkdesk turns 10 this year. That’s right, come October, it will have been a decade since Tiago Paiva, Talkdesk founder and CEO, sat down and created the initial code in a hackathon that became the company he leads. More importantly, the company announced the close of its series D, bringing its valuation to more than $10 billion. The company raised $230 million in recent funding. Amity Ventures, Franklin Templeton, Top Tier Capital Partners, Viking Global Investors, and Willoughby Capital are among the existing investors in this round of funding, as are new investors Whale Rock Capital Management, TI Platform Management, and Alpha Square Group. This announcement brings Talkdesk’s total funding to $498M since its inception, not including the MacBook Paiva won in the hackathon.
This funding round is big for the CCaaS vendor that carries with it a massive valuation. The hefty value is justifiable, though—as my estimate for the CCaaS total addressable/available market (TAM) will be around $50B in five years. When Zoom acquired Five9, the press release indicated the TAM was $24B—but that’s calculated by taking the current average price per seat and multiplying it by the number of contact center agents. In reality, the number of seats is growing because businesses give them to a broader audience, such as salespeople, customer success managers, field service, and others. Also, the influx of artificial intelligence will raise ASPs, potentially doubling or even tripling them. Regarding Five9, I asked Paiva when Talkdesk set the valuation, and he said prior to the Zoom news. Had it been after, Talkdesk’s valuation likely would have been higher.
Paiva said the funding aims to allow the company to continue its efforts on international expansion, CX product innovation, and supporting customers' global CX needs. He also said it gives Talkdesk more options to react quickly to market conditions. Paiva was clear that Talkdesk didn’t go out to raise funds— investors drove this round, and he thought it was prudent to have the cash on hand. The company does have more expansion on the horizon to complement recent market expansions into Australia, Brazil, Canada, France, Germany, Ireland, Italy, Mexico, the Netherlands, Southeast Asia, and Spain. The extra cash lets Talkdesk move quickly when it needs to. I did inquire about the potential for Talkdesk to make acquisitions. Paiva said it’s not his top priority, but if the right opportunity came along, he would be open to it.
In addition to the funding, Talkdesk this week revealed that it was now ranked #17 on the Forbes Cloud 100 ranking, jumping 36 spots. This is the third consecutive year for Talkdesk on the list and legitimizes the company and the huge market opportunity it has achieved. Continuing with ranking news, Gartner’s Magic Quadrant for CCaaS was also released this week and Talkdesk was once again in the leader’s category with Genesys and NICE.
Lastly, Talkdesk announced it had hired Sydney Carey to be its first-ever Chief Financial Officer (CFO). This move signals that the company has reached a level of maturity where financial operations will get increasingly complex. Carey has a more than impressive resume as she held CFO positions at several fast-growing cloud companies, including Sumo Logic, Duo Security (acquired by Cisco), Apttus, Zscaler, and MongoDB. Some of these, she took through the process of going public. Few CFOs have led a single company through this kind of hypergrowth, where Carey has done this several times.
Given that Carey was now on board—and has experience with initial public offerings—I inquired about this, which Paiva neither confirmed nor denied. Instead, he emphasized the caliber of the existing team and how a top-tier CFO was the final piece of the puzzle. Given its high valuation and the seasoned executive team, I would guess an IPO is on the horizon but likely not for a couple of years. This should give time for AI to mature and become a force multiplier in valuation. One last point on Carey, with her hiring, Talkdesk’s executive team has more women than men. For all of the talk about diversity in the tech industry, what Talkdesk has is by far the exception rather than the rule, so kudos to Tiago Paiva.
Talkdesk is now 10 years old, worth $10B, has jumped on the Forbes list, and maintains its Gartner leadership position. It also hired a top-tier CFO. If I were to ask Paiva to rate his week on a scale of 1-10, I’m sure he would say it was a perfect “10.” Not bad for a person that started the company as a way of winning a MacBook.