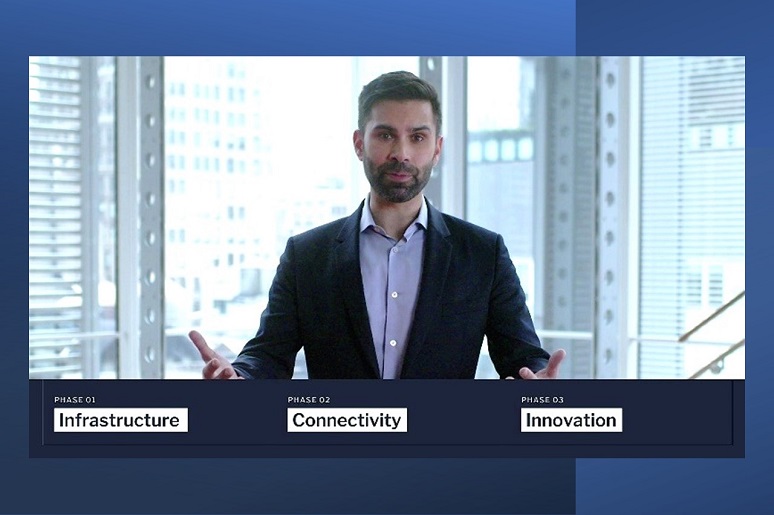 Jeff Shah, VP of customer care at The New York Times, spoke last week during the keynote address at the AWS Summit Online, designed for developers and IT professionals looking to learn how to build and innovate at scale using AWS Cloud. As a native New Yorker, decades-long Times subscriber, and self-professed contact center geek, the opportunity to interview him was like manna from heaven.
As I shared with Shah, I listened to his eight-minute presentation five times before we spoke (in the keynote recording available on demand, Shah’s presentation starts at 1:20:43). The talk is dense with the whys, hows, and results of the Times’s move to Amazon Connect beginning in 2018. What you won’t find in the video is Shah’s history of seven years in member operations at Etsy, an online marketplace, before joining the Times — making him the perfect choice to bring a digital-first mindset to subscriber care.
As seen in the photo at the top of this post, Shah organized his presentation according to the three-phase journey the Times has been on in his three-year tenure. Here are the highlights:
Infrastructure
Shah described the focus for Phase 1 as: “untangling our contact center infrastructure and laying the groundwork for an end-to-end system that actually gives us visibility into what's happening.” Many of the issues the Times faced were typical of premises-based contact center systems, but some were unique.
In 2018, two business process outsourcers supported the Times’s approximately 400 contact center agents. “Our systems were siloed and owned by our vendors,” Shah described. Changing anything, for example in the IVR system, meant submitting a work order that “cost thousands of dollars and took four weeks to execute,” he said. More importantly, though in the midst of a digital transformation, the Times “owned nearly 0% of our data and even then, it was fractured and generally unstructured,” Shah bemoaned. 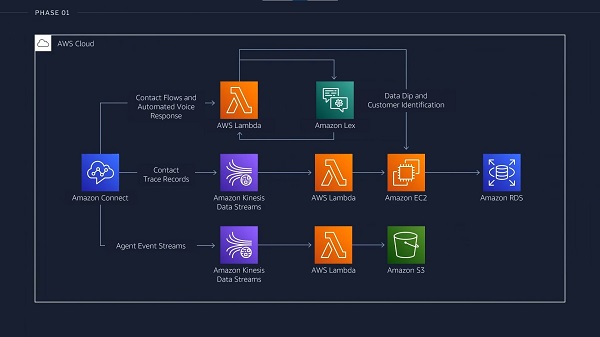 The Times began by migrating its contact center systems to the cloud. “When we looked at our options, we felt that Amazon Connect was the best solution to replace this hodgepodge of telephony systems,” Shah said. The Times replaced a carrier-hosted system with Amazon Connect’s automated voice response, which gives it a “solid, secure, and flexible end-to-end contact center infrastructure,” Shah said. The company knew it could leverage Amazon Connect technology to accomplish its Phase 2 goals, he added.
Connectivity
The goal of Phase 2 was to tie customer care data together and structure it in a useful way. The Times felt certain that machine learning was going to be an important part of this phase.
Once the Times had Amazon Connect up and running, it started using Contact Lens for Amazon Connect, which uses Amazon Transcribe and Amazon Comprehend for speech-to-text and natural language processing. This allowed the Times to generate transcripts and identify customer experience indicators like sentiment and non-talk time, as well as common words and phrases mentioned in calls. The Times was then able to tie this conversation data from the Amazon Kinesis streams behind its Amazon Connect instance into its event-based architecture, Hydrate, and then push that data to the Times data warehouse for use with business intelligence tools. 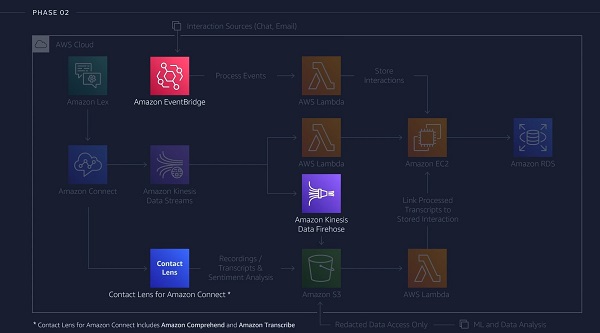 Events from other vendor tools, such as those for trouble tickets, email, and live chat interactions, are connected via the Amazon EventBridge, Shah said. “This was a real game changer for us. Having one source of truth for all interactions across channels gives us a powerful window into what's happening to all of our customers, not just the ones that call us,” Shah summarized.
The Times customer care developer team then built a tagging model using Amazon Comprehend. The developers validated and refined the model using a number of different inputs, from utterance data from the Amazon Lex chatbots to the automated voice response system and tags generated by human agents. Multiple inputs helped the Times build a rich model that could distill customer intent with about 90% accuracy when compared to human-only generated tags. The result is a collection of reliable interaction level tags that the Times can now mine for historical trends and insights, Shah said.
Innovation
With modern, cloud-based architecture and fully connected data, the Times is moving into Phase 3 — using insights gathered from the data to deliver real business value. “We want to show our internal product teams recurring issues and customer trends over time, so that they can improve their products,” Shah said. Customer care has already helped product development teams add dozens of feature changes and bug fixes to the roadmap that they otherwise wouldn't have prioritized, and “the feedback that we get from these teams is that they only want more,” he added.
As the Times looks to the future, the customer care team is excited to go even further with AI and machine learning, said Shah, specifically mentioning plans to investigate the newly introduced real-time analysis features for Contact Lens for Amazon Connect so that the Times could respond to customer issues in the moment, not based only on historical trends.