This week is BroadSoft Connections. It's an event I've attended for about seven years now, and I'll miss it. We always expect news at this conference, but today's takes the cake. This morning we heard official word that Cisco will be acquiring BroadSoft for $1.9 billion.

This all-cash deal equates to $55 per share, "assuming fully dilated shares including conversion of debt," Cisco stated. Each company's board of directors has approved the acquisition, which is expected to close first quarter of calendar year 2018. 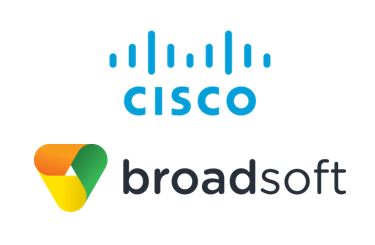 This is an excellent move for both companies. Since news broke in the financial press a few months ago that BroadSoft was in play, speculation has been rampant about what company might have the desire and the wherewithal to acquire it. However, there's no better fit than Cisco.

Let me clarify why this is such a good move.

Back at the Cisco Collaboration Summit in November 2014, Rowan Trollope, then SVP and GM of Collaboration (and now responsible for Internet of Things and Applications), launched what it called Project Squared. Trollope pitched a future of collaboration that included a messaging-centric service that tied together UC/UCaaS and conferencing services. This is a significantly broader scope of services than found in most messaging apps, Slack and Workplace by Facebook included.

With UC, WebEx, and a market leading portfolio of video conferencing equipment, Cisco just needed to fill in the messaging-based void (Project Squared) and UCaaS.

Cisco relaunched Project Squared as Spark a few months later, at Enterprise Connect 2015. Spark was now clearly the focus of Cisco Collaboration. The majority of announcements and acquisitions from Cisco Collaboration since the launch have related to Spark.

Cisco apparently intends Spark to connect UC, WebEx, and TelePresence systems together into a single comprehensive solution while simultaneously positioning the company for the next generation of cloud-delivered, messaging services.

However, the transition to cloud services has proven to be a perilous trap for many premises-based vendors. They face a lot gotchas along the way, including a revenue shift (from capital purchases to services) that puts pressure on profits and compensation plans. The transition also gives rise to channel issues, because cloud-delivered services impact partner models and value-add opportunities. Also, the transition from single-tenant servers to highly scalable, multitenant services has proven to be far more difficult than it appears.

All three of these factors have held Spark back. Despite significant effort, Spark hasn't found its momentum with end users, resellers, or providers. Most notably, Cisco has little to show regarding its effort to build an integrated UCaaS capability. Spark does, however, integrate with Cisco HCS, but that's deemed more transitionary than a next-generation, cloud-architected solution.

The vision feels right, and is validated by many others, including Microsoft, Unify, and RingCentral. Late last year Microsoft launched Teams, its messaging-centric solution similar to Spark, and announced generally availability for it at Enterprise Connect in March. Last month, Microsoft announced its intent to give Teams native, real-time capabilities for UCaaS and conferencing. The Teams and Spark visions have many overlapping components.

Even though Microsoft announced Teams almost two years after Cisco debuted Spark, it appears to be moving faster. It includes Teams with all Office 365 subscriptions, and Microsoft recently cited 125,000 organizations are using the app.

Microsoft had already built out a global UCaaS offer for Skype for Business, and now intends to port that infrastructure to Teams. That's far from trivial, and will likely take years to complete, but the global infrastructure is the hard part. At this point, it seemed impossible that Cisco could beat Microsoft in delivering a combined messaging-UCaaS service -- despite its two-year head start.

BroadSoft was founded in 1998 -- before the terms UCaaS or SIP were popularized. The company provides platform products and services to enable service providers to create their own UCaaS offers. BroadSoft customers include major carriers around the world, including AT&T, Comcast, CenturyLink, Korea Telecom, Singtel, Telefónica de España, Telstra, Verizon. Several well-known UCaaS providers, including Vonage, use BroadSoft, too. And, cellular carriers such as Rogers, Verizon, and VanillaIP use BroadSoft's IMS core to create communications solutions offering hybrid wired and wireless endpoints. Verizon's popular One Talk service, for example, is enabled by BroadSoft.

First and foremost, BroadSoft gives Cisco a UCaaS capability -- a robust, multitenant UCaaS capability with localized versions around the globe. BroadSoft sells the UCaaS service to providers in two forms: BroadWorks and BroadCloud. BroadWorks is licensed software that providers run in their own data centers. BroadCloud is a wholesale service, hosted by BroadSoft. Both are well-suited for Cisco's current business models. Both offer APIs that Cisco will leverage to tie into Spark.

The next version will likely allow service providers to offer both the connectivity and UCaaS. Presumably, providers will be able to offer stand-alone voice services they'll be able to optionally pair with Cisco-hosted Spark services.

Cisco already sells products and services to many service providers. In addition to expanding its Spark channel, Cisco will see improved momentum with small and medium-sized businesses (where BroadSoft excels) as well as with government contracts.

Several federal (including the U.S. Senate), state, and local government organizations use BroadSoft services. This use will likely grow as BroadSoft has nearly completed the multiyear FedRAMP authorization process. As an added bonus, Spark has a differentiated security and encryption model.

BroadSoft offers a video conferencing solution called My Room, but it's not paired with specific room hardware. Cisco will likely adapt or replace My Room to work with its own room systems, including the Spark Room Kits and Spark Board launched earlier this year.

A Lot for Not So Much

That's a lot of benefit for a very reasonable price. BroadSoft touts 49.4% market share in cloud new line shipments, as measured by Synergy Research. The same report shows Cisco in the second position with 20.1%. The rest of the providers are in single digits.

By capturing BroadSoft, Cisco assumes leadership positions in UC and UCaaS, as well as in Web and video conferencing, while simultaneously creating a partner-friendly, global channel for Spark. The price paid is significantly less (half?) of what the cost of acquiring RingCentral would have been.

BroadSoft is also on track to build a combined UCaaS/messaging capability. In May 2016, BroadSoft acquired Intellinote, and has since rebranded the solution as Team-One. It seems unlikely that Team-One will survive under the new ownership, but few will notice if it disappears.

All the pieces are there for this to be a very strong acquisition for Cisco. It will also make an interesting show as Cisco and Microsoft race to marry their various components into a single solution.

Lastly, it's a graceful exit for BroadSoft founders Michael Tessler and Scott Hoffpauir. After 20 years, I'm sure I wasn't the only one wondering what would become of BroadSoft without them. Now we'll never quite know, but their baby appears to have a future ahead of it.