As I wrote in last week's No Jitter post, "Bloomberg Trades on Ease of Video Calling," I recently had the opportunity to speak with Jeffrey Fairbanks, Bloomberg's global head of AV and media technology, about the company's recent deployment of a video communications platform to 17,000 employees in 73 countries. Call volume topped 25 million minutes in the first three months alone, with 100% of users converted from the old video conferencing system to this new one in just five days.

Bloomberg calls this new global communications platform (it uses it for audio conferencing, too) Nexi, a customized, branded version of the VidyoWorks platform from Vidyo. "Nexi" comes for the word "nexus," defined as a connection or series of connections linking two or more people together -- "and that's what we hope to achieve with the solution. We hope to connect you with the world in a single click," Fairbanks tells Bloomberg employees in a video message about the new platform. 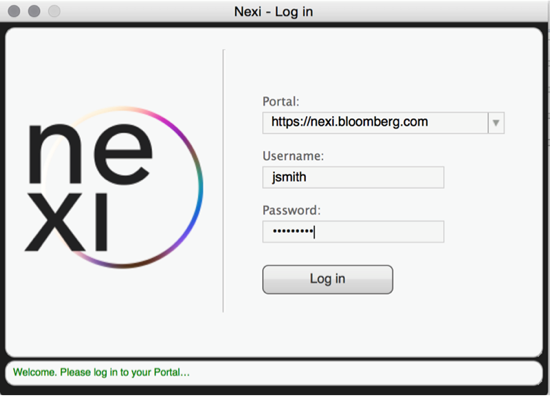 The video message is worth viewing for any enterprise IT professional struggling with low user adoption or plotting big technology projects. It's well done, and shows how Fairbanks has made good on his own best-practices advice, including on how to account for communicating information to the user in deployment planning. In fact, Fairbanks told me he thinks marketing and messaging might well be the most important aspects of a successful deployment.

"You have to make sure everybody understands exactly what you're doing, when you're doing it, and how you're doing it. And don't do this on paper, but in person or by video -- in a medium that will actually be received and digested," Fairbanks said. "That's one of my major takeaways from this deployment."

Fairbanks's third key takeaway is critically important, I think, as enterprises plan for their next-generation communications architectures: "You have to decide what the future will be."

In Bloomberg's case, the video vision centers on a future in which WebRTC features prominently for real-time communications, especially critical for enterprises trying to reach the masses, Fairbanks said. Vidyo's WebRTC roadmap, therefore, needed to align with Bloomberg's.

"But I could be totally wrong about WebRTC," Fairbanks told me. "I don't have a crystal ball, so I have absolutely no idea. ... But I've picked that path, and I'm moving forward in that direction."

The key is to understand that the best path forward is to establish a robust infrastructure that lets you "lift and shift if you have to," he said. "Then you develop that path as far as you can. It may not be the newest or the sexiest, but at least it will be consistent to your end users."

And with that Fairbanks circles back to his marketing and messaging takeaway. Bloomberg could simply have rolled out its new global communications platform and told everybody, 'Hey, we've got VidyoWorks now." Rather, it gave the platform longevity by branding it Nexi.

"Let's say there is some amazing thing in the future, five years from now, that's just the greatest thing ever. We can change the underlying platform, if we absolutely have to, but to the user, it'll always be Nexi."

From user adoption to next-generation planning, we'll be tackling many of these same issues at Enterprise Connect 2016, coming March 7 to 10, in Orlando, Fla. View the conference program here, and register now using the code NJPOST to receive $200 off the current conference price.