The API is Crucial -- But Not Just Any API

In case you haven't caught on by now, we're in the throes of an emerging API economy. If what was once done in hardware already hasn't made the transition to software, then it will soon. Somebody, somewhere, is working hard at making that happen.

We certainly know that to be true in our communications-centric world. Heck, we even featured a Communications API track, our first, at last month's Enterprise Connect 2016 conference. From a communications perspective, the rise of the API has seen a lowering of your barrier to entry -- no more hardware, no more carrier connections... and no more of those nasty headaches that come on when dealing with one or the other. 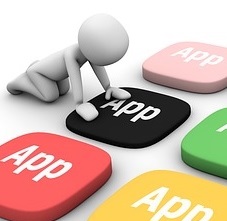 I don't think we can yet say that using communications APIs has become a no-brainer, but many enterprises have caught on to the value of doing so. As I wrote last week, text messaging is quickly becoming a default mode of communications, and, with the help of messaging APIs, enterprises are finding ever more ways to integrate messaging into their applications and business processes (see the No Jitter post, "Don't Call, Text... Maybe?").

Increase the Volume
The use of voice APIs hasn't been as prevalent, but enterprises are starting to move aggressively on them with use cases such as conferencing, call recording, and call proxy, Tony Jamous, CEO and co-founder of cloud communications platform pioneer Nexmo, told me in a recent interview. "It's more mature than, say, WebRTC, but there's a lot of latent demand and a shift to API-based communications for voice."

Nexmo, a global startup backed by $30 million in venture funding, has been steadily evolving its line of communications APIs over the five years it's been in business. First came its messaging API, which Jamous says has helped chat apps like SnapChat, Viber, and WeChat acquire some 4 billion users over the last four years. Next, Nexmo rolled out a voice API that enabled two-way voice, and then a phone verification API. Most recently, it brought a chat app API that, Jamous said, helps enterprises build conversations with consumers via popular chat apps like Facebook Messenger. "We've enabled the abstraction layer for them to connect into their CRM systems and contact centers," he said.

But anybody, as we've seen by the flurry of activity in this market, can have an API. So how, then, are you to know where to turn? It's confusing, no doubt, given that you can get APIs from startups like Nexmo, traditional communications system vendors, UC-as-a-service providers, and even quite possibly from your regular old global telecom provider. (I recently talked to Peter Quinlan, VP of UC&C product management at Tata Communications, who said the company is absolutely trying to make its "services easier to consume and more flexible" and that exposing its APIs to developers is "an initial step.")

For its part, Nexmo differentiates itself not only in its technology but also in its ability to take that technology into the market successfully. That requires a developer mindset perhaps yet missing from some of the more traditional communications companies that have ventured into the API realm, Jamous said.

Who Decides What
In the future, enterprises -- especially the big ones -- will build their communications services instead of buying them, Jamous added. Enterprise developers have to be able to adopt communications services much easier than ever before, and make them scalable across the globe. "That's the essence of why we exist," Jamous said.

And this is and will continue to take place not only within your "digital native, no stack" companies like Airbnb, Booking.com, and Expedia, but also with non-digital native companies operating in any vertical. The difference is in who within an organization does what relative to communications APIs, Jamous said.

At the digital native companies, developers make the decision on which communications APIs to use based on criteria such as documentation, availability of a sandbox for testing, and ease of signing up for the API. Then the communications or IT managers and business owners evaluate the selection with a focus on the security, scalability, performance guarantees, and cost, Jamous said.

The equation is flipped within non-digital native companies. The communications or IT managers and business owners are making the purchase choice, then the developers take a look at the selection with eyes on scalability, the sandbox, and documentation.

Either way, the purchasing decision needs to come down to a few key decision points for an enterprise deployment, Jamous said. And with messaging and voice APIs all but commodities these days, he recommended enterprises dig into factors such as:

"All of these add up, and enable the customer to make a buying decision that's not just based on, 'Oh, do you have an API?'"