Amazon made waves in the contact center pool with the introduction of the “Mayday” button on their high-end tablets. Though not publicly discussed, it has been confirmed that there are WebRTC components in use.

Amazon made waves in the contact center pool with the introduction of the “Mayday” button on their high-end tablets. Though not publicly discussed, it has been confirmed that there are WebRTC components in use. 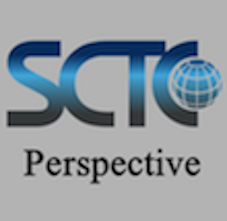 Google's use of Web Real-Time Communications (WebRTC) in their Chromecast product is well known to industry insiders. What is less well known is Amazon's use of this same technology in certain new products.

With the introduction of the "Mayday" button on their high-end tablets, Amazon made some waves in the contact center pool last September. Though they have not publicly discussed the underlying technology, it has been confirmed that there are WebRTC components in use. Whatever the source, the fundamentals are real-time audio, video, file transfer and screen sharing. WebRTC makes this possible in a royalty-free financial footprint that reduces the cost of these interfaces by about $35 per end-point.

Recently, several of the key players in the contact center technology business have demonstrated similar tools for customer support. Further, several session border controller (SBC) manufacturers have also introduced this capability with an open-systems integration spin. It is clear that Amazon has definitely changed the conversation in the contact center world.

The release of Fire TV has brought Amazon into the conversation about video distribution in a more consumer-oriented way. From a technology perspective, I can only confirm that the Fire TV device is Android-based. On the other end of the video distribution offer is Cloudfront, Amazon's legacy content delivery network (CDN). I use "legacy" because it is primarily based on a hub & spoke network topology.

What WebRTC offers in this area is called Peer-to-Peer Content Delivery Network (P2P-CDN or commercially PeerCDN). It is a set of functions and a file tag that support virtualized media distribution. What's not "legacy" about P2P-CDN is that it works seamlessly with star topologies and it also supports a meshed topology where endpoints that consume content also become distribution points. (Sort of a legal BitTorrent, which is also available, but requires a download.)

To clarify, PeerCDN is a company that was purchased by Yahoo last December. They created JavaScript code and a file tag that uses the Data Channel element of the WebRTC specification to create a P2P-CDN. Data Channel has been embedded in Chrome and Firefox browsers for over a year and has recently become available in Chrome for Android. No download necessary - expose the JavaScript code that calls the Data Channel functions on your web site, implement the file tag and you are mostly done. Word is that Yahoo purchased PeerCDN so that they could alleviate some bottlenecks in their network. By the way, a quick search revealed over a dozen companies following the same path.

In other words, by using P2P-CDN techniques, Amazon can exponentially scale CloudFront at little or no cost. Additionally, this is all done with AES encryption so copywriters will not have to worry so much about theft. Based on Fire TV's use of Android, I am fairly certain that WebRTC/PeerCDN or something similar is in use in this device/network. Based on the royalty free aspect of WebRTC, I doubt that Amazon has any intention of reinventing the wheel.

Another new product, Amazon's Dash is very similar to the Hiku bar-code scanner that showed up on Kickstarter a couple years ago. Dash is a hand-held wand with an integrated bar-code scanner and a microphone. Scan a product or press a button and speak the name and it gets added to your online shopping cart via Wi-Fi. (This is targeted at Amazon's grocery business on the West Coast, for now.) The knock on Hiku was the $69-$89 price. The cost to license a set of APIs is probably a third to a half of the price.

While I cannot confirm its use in the Dash, I believe that Android and WebRTC would be the best software and signaling tools for this device. What other royalty-free combination can support data transfer, manage battery life, integrate a bar-code scanner and a button for speech, provide the media services to access the microphone from software and manage a Wi-Fi connection?

While it may be speculative that the WebRTC "standard" is in use in all of these devices, it is not speculative that Amazon has embraced the concept of real-time network services in a very profound way. The most fascinating part of this is that all of these tools disintermediate traditional retailers, legacy telecom manufacturers and network service providers. With tools like Mayday, Fire TV, and Dash, Amazon is delivering simple, low-effort purchase and support experiences that will at once attract new customers and increase loyalty among existing customers.

Amazon has entered every major retail sector and is in the process of expanding every aspect of this business. Their impact on the book business is legendary, and AWS is second to none. Their ownership of property, plant and equipment (PPE) has increased from $2B in 2009 to $14B in 2013. To put this in perspective, UPS's PPE number in 2013 was $39B, and Amazon is probably their biggest customer. If you run a customer care operation, take note: Amazon's investments in infrastructure and their development of advanced customer interfaces are targeted at taking your customers away.

Most enterprises cannot compete with the property, plant and equipment investments that Amazon has made. However, any enterprise can use WebRTC to create a customer experience that can compete head-to-head with Amazon. Money and technology are not barriers; the real issues here are timing and corporate culture.