Why We Need a Populist Technology Revolution

Populism tells us we don't need new core technologies to drive revolutionary change but rather a focus on agents, software, and adding value to services.

When I first got into networking and IT, the hot notion was to offer "decision support." Buyers should be given technology and vendor choices, implementation options, and they'd then make the project work best for them. Just two years ago, the CIO of a big New York bank brought me up short with an observation: "Tom, I don't want decision support. I want to be told what to do!" It's a signal of profound change, and one we've underestimated in considering our network and IT transformations.

We had 14,000 points of active network deployment in the U.S. back in 1982 when decision support was the rage. By 2012 we had almost 2.5 million, with the gain coming almost completely from small and medium-sized businesses (SMBs). The number of servers has exploded, again largely because of use in the SMB market. Certainly personal computing, tablets, and smartphones have made network services and computer use a populist phenomenon, but even LANs and servers are increasingly populist too. 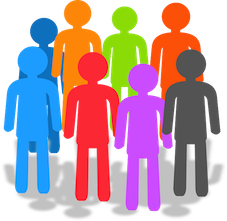 This populism is what has killed the notion of decision support. While the number of network deployments has increased by almost 200 times, the number of qualified network planners has only quadrupled. The same rough ratios apply for IT, servers, and software. In our critical revolutions of cloud computing, software-defined networking (SDN), and network functions virtualization (NFV) we have yet to achieve the minimum level of market literacy needed to drive adoption. What then takes us to the future?

I'll tell you what -- services, and not just "services" but "high-level services." We have hundreds of millions of drivers in the U.S., which could never have happened if everyone had to be an automotive engineer to use a car. Technology revolutions today will be relevant only to the extent to which they can create populist services for the average user/buyer to consume.

We've Got the Cloud All Wrong
Take cloud computing. We hear that moving stuff to the cloud is going to revolutionize computing, right? Well, it's crap. If the stuff is running on the premises today, it's running either in enterprise data centers large enough to create their own economies of scale or on servers in SMBs that lack the technical skill to even evaluate cloud projects, much less execute them successfully. We have achieved about 4% penetration of cloud computing into IT spending.

We have the cloud all wrong. It's not about infrastructure as a service, which is no more populist than servers are. It's about software as a service or maybe even "answers as a service." It's not about delivering processing power or agility or information resources, it's about telling people where they are or how to find something they want to buy. Every aspect of cloud computing in the future will be linked to people's lives and work behaviors rather than to their "knowledge" or "jobs." Help me do what I need, tell me what to do, remember?

The cloud illustrates what I think is the most important "truth-pair" of our time. Truth-item one: Technology becomes more important only by becoming more populist. The mass market is the only one that matters. It's the foundation of the value chain for everything else. Truth-item two: You can't create a mass-market revolution by changing technology, but by changing for what it's used.

Revolution by Rowboat
Looked at this way, the cloud, SDN, and NFV are all failures because they've focused on transforming how we do something and not what we do. That's not how populist revolutions are created. Instead of focusing on how to move current apps to the cloud we should be looking at how to use the cloud to support consumer/worker behaviors in ways we can't support them today. Demand for that will then pull through the cloud. SDN has to focus on creating new services, not re-creating Ethernet and IP, and NFV has to provide virtual function-based services that devices alone can't build.

Yeah, I know that people say, "Well, we have to start someplace, and the most logical place to start is with what's already being done!" That's like telling Columbus, "It's a long way to India, why not just sail to Majorca instead -- it's on the way." That decision would have gotten him (at best) three rowboats and not three ships, and then India is off the table. That's what's happening with our revolutionary technologies.

My truth-pair example shows why Apple does so well. It doesn't try to tell you that you can make a better call with a smartphone. It doesn't emphasize Web access or SMS. It talks apps, which standard phones can't do, and "digital assistants" like Siri. And of course it shows you that Apple people are cool, respected, watched, envied. What better kind of populism could we have?

Siri is a good example of where all our revolutions have to take us. If my CIO friend wants to be told what to do, then what's wrong with a super-Siri doing just that? We could then build cloud-resident apps to collect social, geographical, retail, and climatological context, other apps to interpret our questions and sense our moods, and then let super-Siri simply tell us what to do. SDN and NFV connect all these agile super-apps, our wearables feed them our needs and moods, and the Internet of Things tells them everything about our surroundings.

We don't need new core technologies to drive revolutions, because only a few can actually exploit that sort of thing. The principle of populism tells us that we need agents instead, that we need to focus on software, but first to add value to services and only then to change out the plumbing. How future applications work at the user level will determine how far technology goes.