What Pitfalls Lie Ahead for Video?

We’re getting close to uncharted territory when it comes to rules and policies around video, and the challenges may arise from expected and unexpected places. 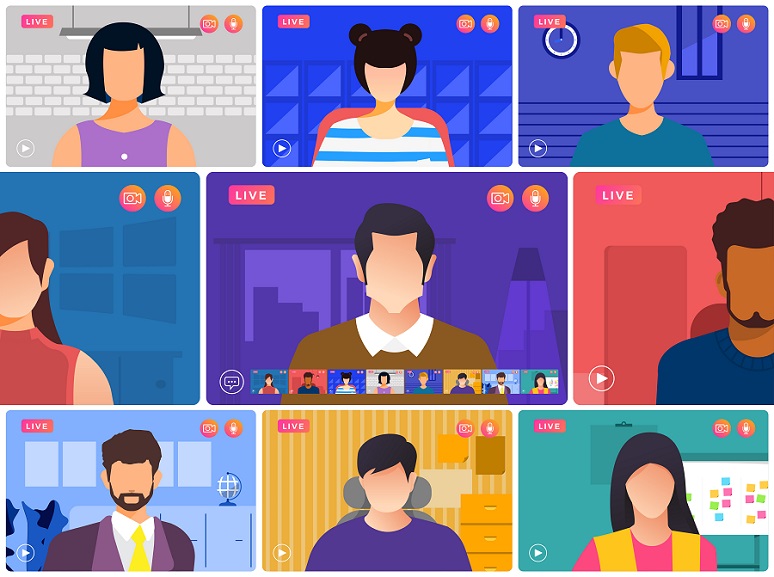 Image: emojoez - stock.adobe.com
I know what you’re going to say: “You’re just looking for an excuse to talk about cat lawyer. Don’t you know that’s old hat by now? He’s so last Tuesday.” Perhaps, but I see some actual issues here for enterprise communications, so I’m ready to go forward with it.
The world fell in love with cat lawyer because the cat’s eye movements and nods fit so well with the desperate intonations of the human behind the filter. It was pretty good animation, for such a new technology.
Now imagine that, instead of a fluffy white kitten, the animated image had been a professional headshot of the real lawyer, Mr. Ponton. And then imagine the technology behind the animation got a lot better. Actually, you don’t have to imagine it; deepfakes are here now. Deepfakes and filters aren’t the same technically, but they do the same thing: Put words into the mouths of people (and cat) images — words that never actually emerged from the physical mouths of those creatures. What if you could have a deepfake of yourself saying things you actually were saying?
And what if something like filters or deepfakes became a feature or an application that end users could plug into the videoconferencing system their enterprise deploys? Many users would like such a feature and argue that it’s good for business: If I have a filter of myself dressed up and looking professional, videoed or photographed under ideal lighting, I present myself better to colleagues and clients. Maybe I have five separate filters, so I look different each day of the workweek. Then I don’t have to worry about making my actual self presentable for video.
Employers aren’t likely to buy such an argument, and would almost certainly bar employees from using such filters. The videoconferencing vendors would probably do whatever they could to keep their platforms from being accessible to such plugins. What about peer pressure? Would colleagues shame their coworkers into not using filters of themselves, arguing it’s dishonest? Would the novelty wear off anyway, like it has with many other video feature fads?
Maybe this is all idle speculation, but we’re getting close to uncharted territory when it comes to rules and policies around video, and the challenges may arise from places we weren’t expecting. Not to mention places we are expecting.
I was honored to be part of a fireside chat yesterday with the Society of Communications Technology Consultants (SCTC) during which the question came up as to whether e-discovery might extend to video in the future. I don’t see how it doesn’t; many people now record their video calls so people who can’t join are able to catch up later (which has the delightful effect of letting us go to meetings even during those rare intervals of our day when we don’t have a meeting scheduled). When one of those meetings goes sideways or touches on litigious topics, what opposing lawyer in a subsequent lawsuit isn’t going to want that video?
I can’t say for sure; I’m not an attorney. But I’ll check with my lawyer — as soon as he gets done using the litter box.