At Zoomtopia, details support across room sizes for running the cloud video app natively on its hardware, including two new all-in-one video bars. 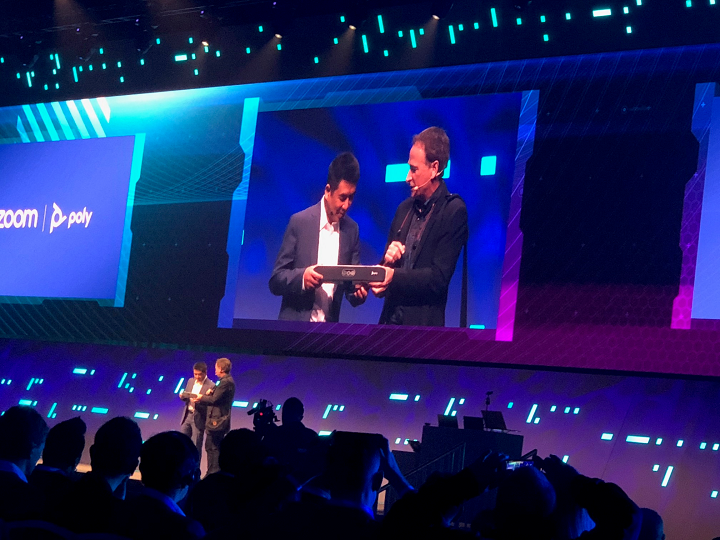 Continuing to evolve its go-to-market strategy, Poly (formerly Plantronics and Polycom) today took the wraps off two all-in-one video bars purpose-built for use in Zoom Rooms.
With this announcement, Poly becomes one of two hardware providers Zoom Video Communications has partnered with on an appliance program introduced today at the annual Zoomtopia event. An extension of the Studio line Poly introduced early this year, the new devices are the Poly Studio X30 and X50.
Step Up to the Video Bar
The video bars support 4K ultra-high-definition (UHD) video and built-in wireless content-sharing capabilities, as well as the full range of Poly’s MeetingAI capabilities, said Tim Root, VP of products at Poly, in a No Jitter briefing. The smaller unit, the Studio X30, is for use in small offices or huddle rooms, while the larger X50 is suitable for midsize conference rooms, he said. That latter video bar can support dual Zoom Rooms screens and features better audio pickup range and higher-quality speakers, he said.
With the Studio line, Poly aims to capitalize on the trend of installing ease-to-use video room hardware connected to cloud video services. “This is Poly’s time to step in and say, ‘OK, we’re gonna fight. We’re coming in,’” Root said.
While the initial Studio offering connects to a Windows PC or Mac for processing and control and works with all mainstream cloud video services, the X Series devices feature a touch interface and integrated controls for running either Poly’s traditional video app or Zoom Rooms natively. Think of the X Series in terms of platform rather than product – no need for a gateway for connecting into the cloud video service or a USB-connected peripheral running the Zoom video app, Root emphasized.
And, while starting with Zoom Rooms, it is foreseeable that Poly would later add native support for other cloud video apps, too, he added.
As for their AI capabilities, the X30 and X50 rely on advanced noise suppression that blocks out noises other than the human voice, as well as video production rules that refine the facial views and context for remote users automatically, Root said. 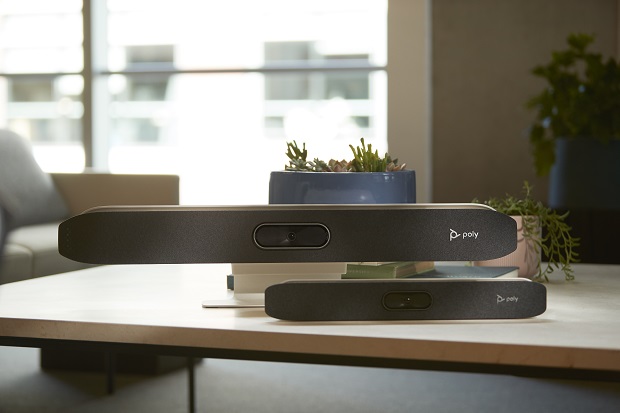 The video bars, which are wall-mountable if desired, will be available for pre-order in November with general availability in North America, Europe, and select additional countries by this December. The X30 is priced at $2,199 and the X50 at $3,499, Poly said.
Zoom in on Large Rooms
Besides the X Series appliances, Poly also used Zoomtopia as the backdrop for letting people know that its G7500 video endpoint for mid- to large-sized conference rooms with now run the Zoom Rooms app natively, too.
The G7500 provides content collaboration and videoconferencing capabilities and, like the X Series devices, integrates advanced audio features, wireless content sharing, and 4K UHD video. It can be used with a variety of camera, microphone, and display options.
The G7500 for Zoom, a software update, will be available in December.