With a range of videoconferencing solutions on the market, devices like Crestron’s Flex MX are allowing people to meet regardless of an enterprise’s video standard. 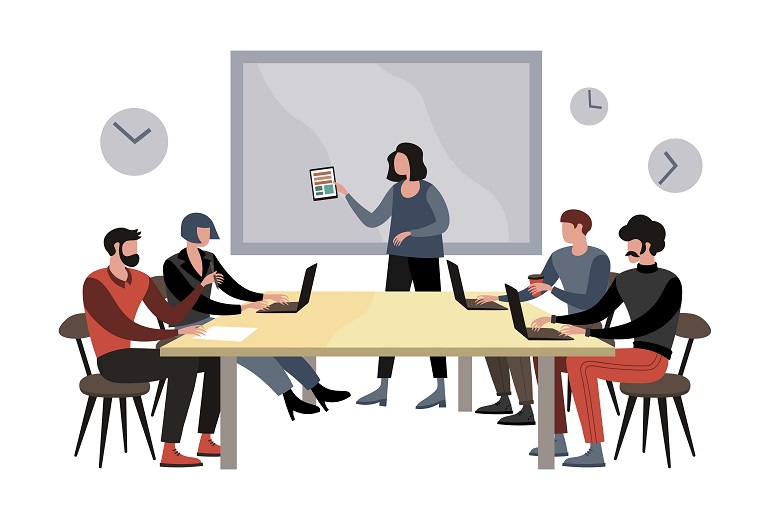 Image: toricheks - stock.adobe.com
With user uptake of video meetings during this prolonged period of remote work, enterprises are reminded once again just how important it is that they’re able to support different video technologies as needed. This is an issue that will, no doubt, be front and center when enterprises bring workers back into the office.
This is a challenge, however, as most enterprises are only able to cover about 80% of their video uses with the technology they’ve standardized on, said Brent Kelly, principal analyst with KelCor, during a Crestron-sponsored webinar hosted by Enterprise Connect and No Jitter. While two out of 10 doesn't seem like a lot, that 20% of video meetings might be with clients, or more importantly, prospective clients, Kelly noted. A device like Crestron’s newly available Flex MX allows enterprise users to join non-standard meetings without worrying about interoperability, he added.
Crestron developed the tabletop Flex MX with the need for enterprises to support quicker, on-the-fly meetings with one-touch join and support for BYOD and native videoconferencing capabilities, said Andrew Gross, director of UC enterprise sales for Crestron, during the webinar.
To show the ease of setting up a videoconference using the Flex MX, Nic Milani, executive director of commercial product marketing for Crestron, demonstrated device setup and features. In the demo, Milani hooked a tablet up to the Flex MX via an HDMI cable and clicked to launch a Microsoft Teams video call with a colleague. The Flex MX supports Microsoft Teams and Zoom Rooms natively; switching to BYOD mode enables use of other conferencing software. It also supports USB connectivity, and has a 360-degree microphone array.
This sort of user experience is vital, said another webinar participant, Kevin Kieller, cofounder of enableUC. He shared his experience using the Flex MX for a Teams meeting, explaining how meeting information from an Office 365 invite displayed on the Flex MX screen and allowed him to join with a click.
Making Multiple Video Conferencing Solutions Work
Tillamook County Creamery Association, an early adopter, likewise sees the user experience with the Flex MX as a draw, IT professionals with the dairy cooperative shared during the webinar.
In 2018, Tillamook consolidated three Portland, Ore., offices into one campus, John Trappe, manager of IT infrastructure for Tillamook, explained. With the move came a rethink of its conference and huddle rooms, Trappe went on to say.
One problem that became apparent at the onset was that Tillamook clients and business partners used a range of videoconferencing solutions (Zoom, UberConference, BlueJeans, and others), which often didn't work with its room systems, Trappe said. Having to help users who had issues connecting with clients on different solutions that 20% problem — kept IT busy, added John Hose, senior system administrator at Tillamook , noting that he’d be the one called in to fix their problems. As a workaround, Hoser installed a second HDMI cable that went directly from the screen to the table, so that clients could plug a device in and present directly onto the screen. Effectively, IT set up one cable for the conference room system and one for content sharing.
After working this way for a while, Trappe and Hoser said they decided it was too cumbersome and started searching for a better way. They met with their internal marketing and sales teams to discuss the challenges and then headed to Microsoft Ignite 2019 with the goal of finding a new solution that would work with different videoconferencing applications. There they met with Crestron and looked at the Flex series of devices. Following Ignite, they received a Flex MX test device and, with a positive experience, will be deploying it in their premises once it becomes GA (later this month for the Flex MX for Microsoft Teams, and at an unspecified time this summer for the Zoom Rooms version, according to Crestron).
As many enterprises begin to slowly move in the direction of reopening offices, many IT professionals will have to evaluate (or re-evaluate) the videoconference equipment they have and will use in the future. Solutions like the Flex MX that can work with a broad swash of videoconferencing solutions can provide them with flexibility and functionality they’ll need in the times ahead.