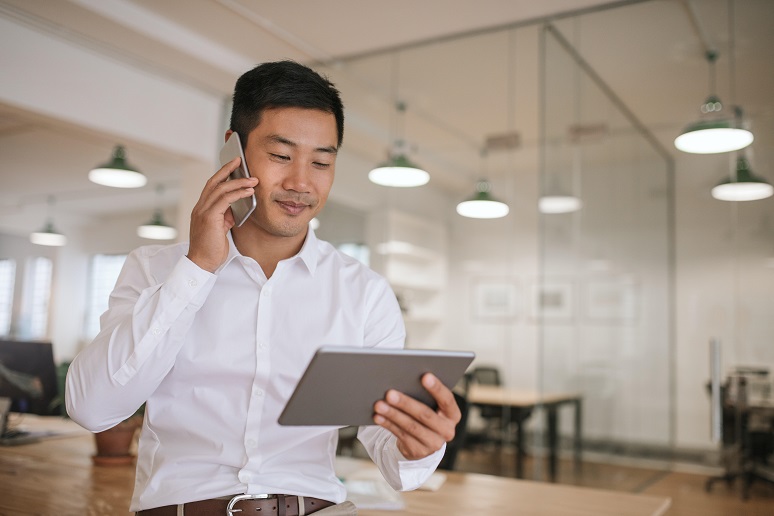 Image: Mariusz Szczawinski - Alamy Stock Vector
While the lyrics to The Who’s song “Going Mobile” refers to going home, going mobile has increasingly become a way of life for the hybrid worker regardless of location. Until recently, going mobile meant either using a unified communications (UC) client on a personal or company-provided mobile device or using the native dialer associated with either a personal or company mobile plan. Thanks to several rapid advances, that paradigm is changing.
Mobile calling has been the last frontier of unified communications. A Metrigy global study published in late 2020 of 528 companies found that while almost 70% of participating companies had adopted mobile UC clients, just under 6% were using them for calling. Participants cited several reasons for not using UC apps, but overwhelmingly it came down to user preference. People are used to using their native dialers on their iPhones and Android devices, and they don’t want to change.
Over the last few years, UC vendors have tried to address some of the limitations of having to switch to a UC app to make a business call. They’ve integrated their apps with capabilities such as Apple CallKit to enable directory integration and to support features like do-not-disturb, answering when phones are locked, and the ability to maintain calls through a UC app when the phone receives a call via the cellular carrier. But these improvements haven’t gone far enough.
More recently, we’ve seen a move by UCaaS providers to fully integrate the native dialer through carrier partnerships to allow mobile users to leverage business UCaaS services without having to change their behavior. Additional benefits of this integration include the ability to apply security and compliance controls to calls, and the ability to integrate calls into other applications, e.g., CRM, to track customer and partner interaction.
Below are several examples of this integrated approach:
Beyond eSIM approaches, several providers are working on ways to bring SMS messaging to UC apps, eliminating another reason for use of personal mobile capabilities. Recently, Bandwidth announced Send-to to bring SMS texting to Microsoft Teams customers through its Direct Routing service. Call Tower followed a few weeks later with a similar offering. While those using UCaaS services from other providers typically have bundled SMS, Microsoft Teams doesn’t provide it natively except for personal and small business users.
Taken together, these new and rapidly emerging capabilities offer an opportunity for organizations to finally support unified communications across desktop and mobile devices without requiring users to change the way they place and receive calls or message colleagues. And they provide the ability for enterprise governance and security policies to extend to personal mobile devices used for work. IT and business leaders should closely follow new mobile UC features and expect other UCaaS providers to quickly follow Microsoft and Webex’s lead.