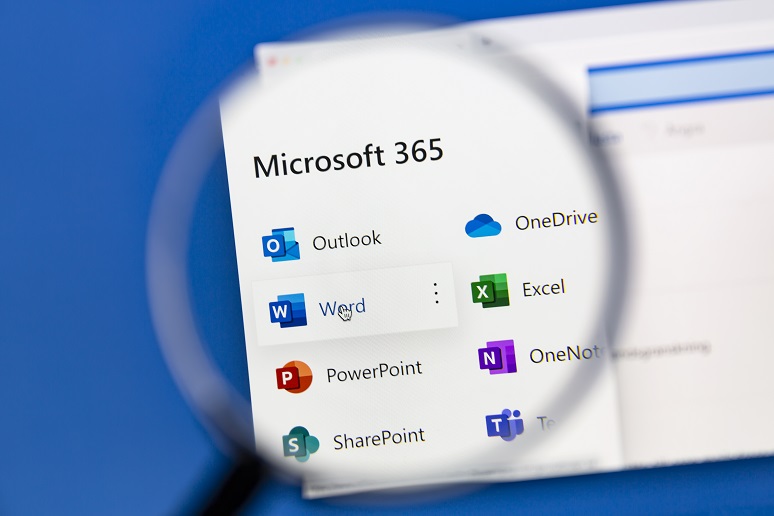 Image: IB Photography - stock.adobe.com
As No Jitter associate editor Ryan Daily touched on in her recent Ignite announcement recap post, Microsoft this week introduced Loop, a multifaceted digital canvas app that allows ideation and co-creation among teams within chats, virtual meetings, and documents as well as in shared workspaces.
Loop isn’t Microsoft’s first foray into visual collaboration for digital workers; Teams users can conduct collaborative sessions via a virtual whiteboard. However, Loop broadens the scope by allowing users to plunk collaborative components, like notes or task lists, into different Microsoft 365 workstreams. Any work done within a Loop component in one Microsoft 365 app flows to all other apps in the suite, so colleagues working together remain in sync.
Microsoft introduced this componentized approach for collaborating within workflows back in the summer, announcing agenda, notes, and task list components for Outlook, Teams, and OneNote built on Microsoft’s open-source Fluid Framework for development of collaborative applications. With this week’s announcement, Microsoft changes the name from Fluid to Loop components, adds voting table and status tracker offerings, and points to future components for workflows such as Dynamics 365. Down the road, app developers will be able to build their own Loop components, via the use of existing message extension apps and Microsoft Graph Connector integrations, Microsoft said.
Components is one of one three core pieces of Microsoft’s new Loop digital canvas app. The other two elements are Loop pages, which provide users a place to organize components and add in links, files, or data relevant to a project; and Loop workspaces, which are shared workspaces providing team members an at-a-glance look at project status and progress on team goals, as well as the ability to react to ideas.
With Loop, Microsoft is the second major collaboration vendor within as many weeks to ramp up its visual collaboration portfolio. Last week at its WebexOne conference, Cisco announced the integration of virtual whiteboard/digital canvases from Miro and Mural within Webex meetings. As I wrote in a MetriNote coming out of the Cisco news, Metrigy’s data shows widespread demand among different user groups for technologies that enable ideation and co-creation.
Specifically, in our “Workplace Collaboration: 2021-22” global research study of 476 organizations, we saw rising adoption of virtual whiteboard applications for myriad use cases, including Agile app development, engineering proof of concepts, and in-meeting ideation and note capture. Of the 45% of participants already using or planning to deploy virtual digital whiteboards in 2021, 60% have adopted their use companywide. Meantime, 26% of participants are evaluating the use of this technology for their organizations. 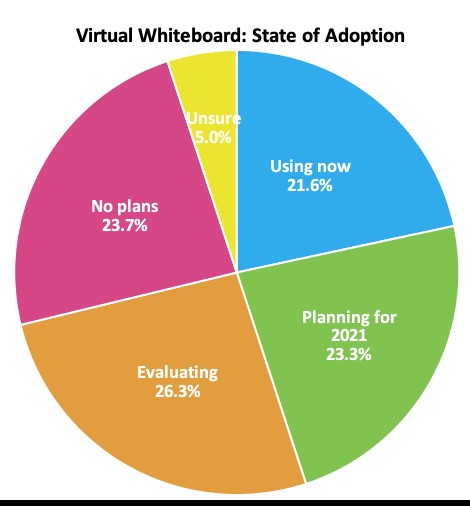 Whether you call these products virtual whiteboarding, visual collaboration, ideation, co-creation, or something else, we can expect this type of app to become part of the employee toolkit at companies seeking ways of allowing individual workers and teams to work together more effectively. As a cautionary note, however, Microsoft will need to provide clarity and IT leaders guidance around collaborative ideation in Teams via whiteboarding versus collaborative ideation in the 365 suite via Loop.