Sprint/T-Mobile: Beyond the First Week Hype

So many factors to consider... and not only for consumers, but enterprises, too.

You've seen the well-publicized facts and figures about the proposed Sprint/T-Mobile merger, and you've cut through the marketing and other varieties of hype about this transaction, but still you're probably wondering, what's really going on?

The takeaway is that it isn't about any ONE of these things, but rather it's about bits and pieces of all of them. 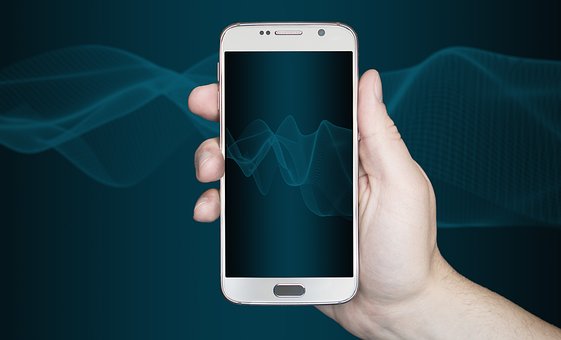 In a No Jitter article posted last week, my colleague and friend Michael Finneran wrote, "A combined T-Mobile/Sprint would yield an interesting spectrum portfolio. In 2017, T-Mobile picked up 45% of the 600-MHz licenses in the FCC incentive auction, for a total of $8 billion. It also has holdings in the 28/39-GHz millimeter wavebands used for small cells. Sprint, for its part, has significant holdings (roughly 100 MHz to 120 MHz) in the 2.5-GHz or 'Band 41' spectrum, acquired with the purchase of Nextel Communications back in 2005." These numbers, although true, don't reflect the total spectrum holdings in each band that the combined Sprint/T-Mobile entity would have post-merger.

In a perfect world, each carrier will have holdings in each of the three major regions of the spectrum across the entire U.S. The lower frequencies (600/800-MHz range are useful for coverage, especially in the more rural areas, while spectrum in the 2.5-GHz range provides a nice balance between wide coverage and good building penetration -- although it requires more cell sites. The millimeter-wavelength up in the 20/30-GHz range or so can provide tremendous capacity, but has limited range and hence many cell sites are required to support densely populated environments.

With all due respect to Michael, this may not be the whole picture. First, this transaction is not solely about the consumer market. While T-Mobile has forced other carriers to re-evaluate their pricing and other practices in an effort to secure an underserved segment of the consumer market, this proposed merger is only partially about those customers. Simply put, antitrust advocates are concerned that the consolidation of the number of major players will be bad for consumers.

Law professor Tim Wu's powerful opinion piece in the New York Times suggests that from the consumer perspective, a consolidation in the consumer wireless industry will have the same result as consolidation in the airline industry has had. And we all know how much fun and cost-effective it is to fly these days. It's possible that as we've become increasingly reliant on our mobile devices as individuals that they will become more costly and less capable. Tom Brannen, senior strategist with Cloud & Wire, an IT and cloud agency, as well as a longtime colleague and friend, disagrees with this conclusion. "My perspective is that this has been a three-horse race for the last three to five years anyway. I just see one of the horses as getting a lot stronger."

One important counterargument raised when the possibility of consumer harm comes up is the fact that technology has evolved and mobile providers are no longer looking to compete only with each other but rather with content and fixed-line providers too. That is, Sprint and T-Mobile hope their combination will yield a force prepared to take on Comcast and Spectrum, among others. Under this theory, this action is the opposite of anticompetitive. That is, it brings more competition to the connectivity marketplace generally rather than to the limited mobility space. This is certainly a creative and potentially important approach that finds its strength in viewing the communications marketplace as a whole rather than one that's defined by categories of underlying technology.

The other powerful argument for antitrust regulators will be that this merger will enable a quicker deployment of highly capable 5G technologies. This is partially true, but still somewhat misleading, because 5G is not exactly around the corner. Additionally, the major carriers have entirely different strategies as they design and deploy their 5G networks, meaning, among other things, that some 5G options will not only roll out at different times based on geography, but also the services that each support will also be vastly different. 5G is sort of like ice cream -- it's very good, but comes in very different flavors that appeal to different constituencies.

Finally, we've got to recognize that this merger will have a very different effect on enterprise consumers than on individuals. These differences will likely affect the bundling of services and packages the merged company offers to large customers (including, but not limited to, device acquisition) hardly making 5G a nationwide replacement for networks in place. Given enterprise locations, 5G networks may simply not be a viable solution companywide. As such, any argument that enhanced 5G deployment is a good counter to antitrust concerns is simply not a fair one. The answer to this, once 5G eventually arrives, will be what capabilities each provider's 5G offering enables, where those capabilities are available, and at what cost.

Your Turn Is Coming

In summary, enterprise users should be aware that this transaction isn't solely about consumers' relationships with providers. Should the merger succeed, there'll be consequences for enterprise users as well -- they're just not getting the scrutiny (at least not yet) that the potential effects on consumers will have.