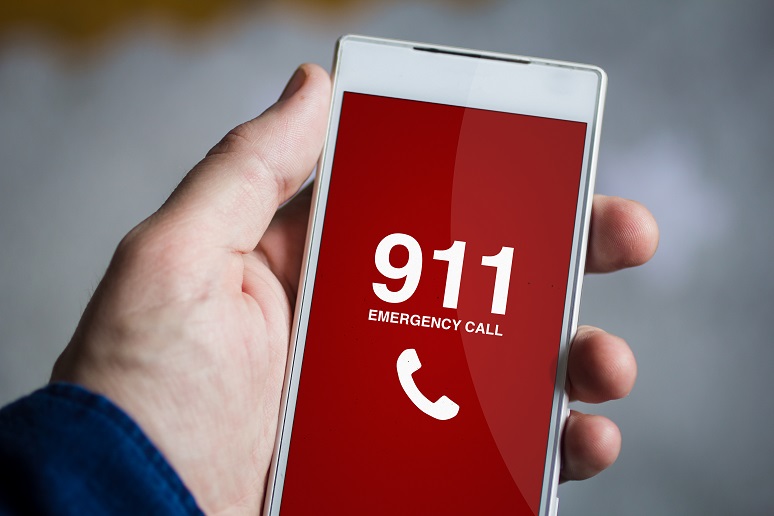 The need for high-quality business calls will never disappear, which makes performance-improving software-defined WAN (SD-WAN) technology a modern networking choice for telephony. However, SD-WANs can do more than just optimize the performance of traditional business calling.
As we’ve seen in Phoenix, an SD-WAN can also be of value for 911 calls.
Outliving Frame Relay
In Phoenix, Maricopa Region 911 (MR911) has been using a converged (voice and data on a single network) SD-WAN since 2015, and now considers it to be the foundation for its next-generation 911 service. The SD-WAN, from Talari Networks (now Oracle), replaced a primary frame-relay network and backup IPSec-based virtual private network (VPN) — a common architecture for a legacy network (in fact, in my days as a network engineer, I deployed frame relay with VPN backup dozens of times).
While a frame relay-IPSec VPN configuration is certainly solid, it does have one limiting factor: the amount of time it takes for routers to switch to the IP VPN backup link when the primary network fails. While fairly reliable, frame-relay service isn’t perfect, and MR911 obviously needed its service to be available 100% of the time. When a frame-relay outage did occur, 911 services would be unavailable for up to 10 seconds, which is an eternity for emergency services and could mean the difference between life and death. As bad or worse, live calls would sometimes disconnect during an outage.
MR911 is very busy. The 25 public safety answering points (PSAPs) handle over 2.2 million calls per year, a growing percentage of which are carried over VoIP connections. As call volume increases, so too does risk of dropped calls associated with the slow failover times of a frame-relay network. For example, something as simple as a reset of a switch in a service provider’s core network could cause a temporary outage in a significant part of the 911 service area.
SD-WAN on Call
To combat these problems, MR911 evolved to the SD-WAN. Intelligent network features enable sub-second response to network issues, policy-based routing, and even the ability to replicate important flows like VoIP over two different paths for maximum call quality and uptime. This protects against network congestion as well as outages. The SD-WAN technology delivers real-time monitoring for latency, packet loss, jitter, and other conditions that degrade call quality, and can mitigate against network problems in milliseconds instead of 10 seconds. This ensures the highest level of resiliency for the IP network supporting 911 calls.
The experience has given MR911 the confidence to continue consolidating voice and data onto a single SD-WAN. This will be the foundation for MR911 to move to a next-generation 911 environment. The converged SD-WAN offers significant agility. As an example, if there’s an event in town and additional trunks are needed to support a certain PSAP, they can be added dynamically in just a few hours instead of the typical telco lead time of 90 days.
The shift to an SD-WAN also resulted in dramatic costs savings. MR911 replaced all of its frame-relay and leased-line circuits with lower-cost, higher-speed metro Ethernet and broadband Internet connections. You might consider that a risky move, but the combination of multiple inexpensive Internet connections and SD-WAN technology results in better uptime and radically fewer dropped calls than frame relay with IP VPN backup. While MR911 didn’t provide any hard numbers on cost savings, my research shows this can be anywhere from a 30% to more than a 50% savings, depending on length of contract and cost of service.
The move away from the legacy network to Internet-based SD-WAN is just the starting point. MR911 will make its WAN more resilient by interfacing with government-owned regional dark fiber and microwave links. This will further increase network reliability. Currently, MR911 has three or more active paths into a PSAP in only 50% of its network.
Administrative Health
Another aspect of the SD-WAN is increased network visibility for administrators, and Oracle offers a number of performance, configuration, and fault-management tools to help make troubleshooting faster. Usually the self-healing Oracle SD-WAN will fix a problem in sub-seconds, so that end users and existing application sessions and voice flows aren’t affected. Because of this, administrators have more time to make sure the underlying network provider issue is addressed, since end users aren’t impacted — and often are unaware of any underlying network outage or congestion incident. My research shows that 90% of the time taken to solve a problem is identifying the source of the issue.
Also, network problems have less to do with outages today and more to do with performance. I talk to network managers all the time that tell me the biggest problem they have is that the dashboard shows everything is “green,” but applications are performing poorly.
Oracle’s SD-WAN helps that problem in two ways. The first is that network is constantly being watched so traffic is always traversing the best performing circuit. Second, if there is a broader source of congestion, the visibility tools can quickly identify the source of the issue.
Communications and SD-WAN have been closely tied together as VoIP and video are sensitive to network vagaries. 911 services are among the most important voice services and have been slow to adopt the advanced WAN technology. As MR911 demonstrated, SD-WANs can not only save money but improve service quality, which can have a major impact on citizen safety.

If you’re interested in what SD-WAN can do for your business, be sure to check out Enterprise Connect 2020, where you can learn about the technology in the conference program and on the exhibition floor. Registration is now open; use the code NOJITTER to save $200 off the current rate!