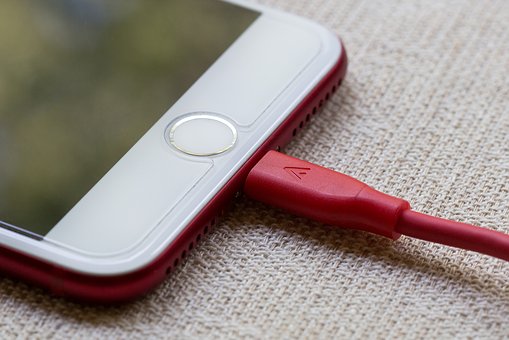 Over the past several years, cable companies have advanced numerous attempts, plans, announcements, and pilot offerings of mobile wireless service. Little has come of these efforts. Now, cable companies like Comcast, Charter, and Altice are focusing on adding cellular to the TV and Internet services they provide – and these offerings seem to be gaining traction. As reported in The Wall Street Journal, for example, Comcast had signed up 1.4 million wireless subscribers as of March.
Given changing economics of the cellular business, it’s now feasible for cable companies to support Apple iPhones natively with their new generation of WiFi-cellular wireless services. This means the decision regarding whether these services are a good fit for businesses is on the table for enterprise buyers. After all, given the prevalence of iPhones in corporate use, any service that would require iPhone users to switch to Androids would be a nonstarter in enterprise environments.
The cable companies have now checked the iPhone box, but the majority of enterprises -- and certainly those with 100 or more phones -- still prefer to deal with the operator directly rather than buying through mobile virtual network operators (MVNOs), including cable companies. While the cable companies will make use of their Wi-Fi assets for these offerings, they’ll need to depend on reselling a cellular carrier’s network service in order to provide uninterrupted coverage.
Playing in the cable companies’ favor is the fact that enterprises are under relentless pressure to cut costs, and these services are cheap! Comcast and Charter offer unlimited voice/data/text for $45 per line, per month; AT&T and Verizon unlimited plans start at $70 to $80 per month. The cable companies also offer usage plans at $12 or $14 per gigabyte. Now Altice, which acquired the Cablevision and Suddenlink properties, is planning to offer unlimited plans for $20 to $30 per month.
For now, these plans (and prices) are only available to subscribers of those companies’ Internet services. The shrinking cable TV market has already spurred the cable companies to refocus on selling Internet, UCaaS, and other services to business customers. If these wireless initiatives are successful, they could be expanded to include businesses as well.
iPhone Is In Because Voice Is a Giveaway
Key to the cable operators’ pricing strategy is the plan to carry as much of their customers’ data traffic on their Wi-Fi networks as they can. That will minimize how much they have to pay to the underlying carrier for use of its cellular network services.
All the major cable companies have deployed extensive Wi-Fi networks to provide mobile access to Internet customers from public gathering places. A few years ago, several of the cable companies got together to deploy Cable WiFi, which, in essence, is a plan to allow their subscribers to roam onto other partners’ Wi-Fi networks. According to Comcast, the Cable WiFi consortium now has an estimated 18 million hotspots nationwide.
It turns out that routing customer data onto Wi-Fi is pretty easy, as both iPhone and Android devices default to Wi-Fi (over cellular) for data traffic. If there’s an accessible Wi-Fi network within range, that’s where the data is going.
When voice was a more significant portion of wireless traffic, the strategy of depending on Wi-Fi was more problematic. iPhones default to cellular for voice calls, so the cable company would be paying the cellular carrier for virtually all voice calls. Android devices usually default to cellular for voice, though the OS allows a user to select Wi-Fi as the default for voice either in Settings or with a downloaded app. As a result, any Wi-Fi-first or Wi-Fi-only service that looked to save money by shifting voice traffic to voice over Wi-Fi supported Android devices only.
With unlimited talk and text (UT&T) plans, voice service has essentially become a giveaway. Since the requirement to route voice calls to Wi-Fi is no longer an issue, the cable companies no longer have to restrict customers to Android devices.
Click below to continue reading