Called on to help figure out why mobile calls weren’t reaching my client’s customers, I ultimately turned to the FCC. 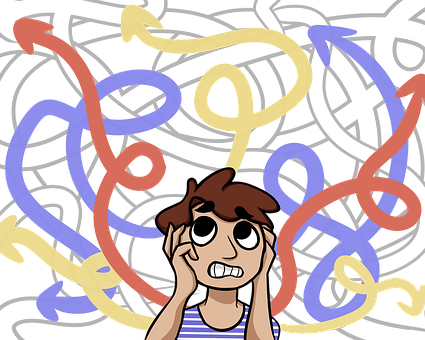 A savvy client of mine who sells hosted VoIP services recently called me with a serious problem. Calls made to my client’s customers from some mobile devices supported by two wireless providers suddenly -- and devastatingly -- weren’t completing. Calls completed, and then suddenly stopped working. The callers got either fast busy signals or ring-never-answers. To be polite, everyone was, um, annoyed.
Ultimately, we determined the root cause to be a translation problem somewhere between the caller and intended called party, but identifying where, precisely, the ball was being dropped was quite a challenge. During our research, we found that the calls in question never reached my client’s underlying provider. At the same time, the large wireless providers (two of the biggest), knew that the calls successfully left their networks. What none of us knew was the identity of the third party in place between my client’s underlying provider and the providers whose mobile devices couldn’t connect (again, these two providers are major players in this market). However, even if we could identify the intermediate provider (more on this in a minute), it’s unlikely that anyone from the company would have spoken with either me or my client since we had no direct contractual relationship with that carrier -- or even a method of discovering it.
What we knew was that a giant, deal-breaking disconnect existed, and in identifying the source, we hoped that we could take a giant leap forward (that 50-year anniversary is approaching) in resolving problems like this should they come up again. Spoiler alert. We were successful. But I’m getting ahead of myself.
In March, the Federal Communications Commission released its Fourth Report and Order in the Rural Call Completion proceeding. This order enhances the FCC’s earlier efforts to address the management challenges of end-to-end call completion, and further implements the Improving Rural Call Quality and Reliability Act of 2017 (Pub. L. No. 115-129, 132 Stat 329 (2017) (RCC Act), otherwise known as the RCC Act. Although it serves other purposes as well, this order is essentially a tool for minimizing finger-pointing when end-to-end communications involves at least one party relying on a mobile device. In any case, it may be working. (Also, as a side note, although these issues aren’t directly or systematically related to rural call completion, this is the place where the new federal rules ended up (see 47 CFR 64.2119).)
Here are the most important takeaways:
1. An “intermediate provider” is an entity that carries, but doesn’t originate or terminate, voice calls.
2. The order requires intermediate providers to:
3. Creation of an intermediate provider registry in which all intermediate providers carrying “covered voice communications” must participate. The FCC will maintain the registry, which is publicly available online for download. For more information on the registry’s creation, click here.
Solving My Client’s Problem
After considerable time spent trying to isolate where my client’s translation problem occurred, I ended up filing an informal complaint with the FCC. In this document, I identified the mobile providers as well as my client’s underlying provider, although, as I mentioned, since the calls weren’t even getting to that provider, it really wasn’t in a position to do much. However, with a gentle push from the FCC (and I have no idea how gentle that push actually was), we were able to identify the intermediate provider, which in turn isolated and resolved the translation problem. The FCC complaint process can be time-consuming and sometimes ineffective, but in this case, the assistance I received helped to resolve the problem more quickly than I’d imagined possible.
Hosted services provide many great benefits to businesses of all shapes and sizes. But when problems occur whose source is difficult to identify, the consequences --particularly when the service interruption lasts for more than a brief amount of time --can be devastating.