With cloud transition and other critical experience, industry veteran Wes Durow will help the networking giant push forward on next steps.

Zeus Kerravala
Extreme Networks today announced it has hired UC and networking veteran Wes Durow, mostly recently with Mitel, to be its CMO.
Durow takes over for Extreme COO Norman Rice, who had been filling the role. Rice, along with CEO Edward Meyercord, has put together one the best turnaround stories in the history of networking. The duo joined the then-struggling networking company, which had just gone through a disastrous merger with Enterasys, in 2015. Since then, they’ve overseen a number of shrewd acquisitions: of Avaya’s networking business and Brocade’s data center business in 2017, and last August, of cloud WiFi vendor Aerohive. Today, valued at $1 billion, Extreme is the largest networking pure-play. 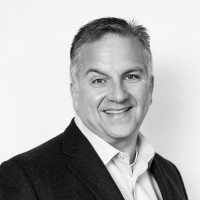 As the company has evolved, Extreme has landed a number of big-name customers and cut deals with a variety of sports leagues, including professional auto racing and the National Football League, the premier sports organization in the world. Simultaneously, Rice has revamped the sales process, channel programs, product roadmap, and other areas of the business that had been headwinds for the company.
Career Background
Durow’s hiring as CMO comes at a time when Extreme’s operational and product realignments are nearly complete and it’s time for the company to step on the gas and rev up the growth engine. Durow is an excellent fit, with a background that’s ideally suited for where Extreme is as a company.
Durow began his diverse career in advertising, winning a few awards along the way for work at big-name companies like American Airlines and Bank of America. In the late ‘90s, he made the shift to tech when he joined Nortel Networks. There he was one of the key people responsible for raising the brand’s profile; during his tenure, Nortel became the second most valuable company in the world (only to then fall apart amid financial scandal). After Avaya acquired Nortel, Durow transitioned there to lead global marketing. While there, he put Avaya’s brand on the global stage when the company provided the networking and communications technology for the 2010 Vancouver Olympics.
His CMO run started after that, at smaller companies such as Fonality and Sonus Networks (now Ribbon), before joining Mitel in 2015. Not only did Durow run marketing at Mitel, but he also was key in establishing a technology incubator to connect mobile, social, and cloud technologies – a group that ended up being formalized under the name of Mitel Labs. He also introduced the concept of “Giving Machines a Voice,” Mitel’s strategy of tying together Internet of Things and UC, and helped champion Mitel’s relationship with Google.
However, his most notable achievement at Mitel was to establish sports marketing deals that put the company’s brand in front of millions of eyeballs. His most prominent work was with Major League Baseball, where the Mitel logo featured prominently during playoffs and the league’s London Series, which draw massive audiences. Mitel also has deals with a number of National Basketball Association, National Hockey League, and English Premier League (soccer) teams.
4 Parallels to Exploit
I see a number of interesting parallels between Mitel and Extreme. First, each company is a rollup of acquired companies. Second, each company is strong in sports marketing, although Mitel certainly has gotten more out of these deals than Extreme has. Durow can expand Extreme’s current programs, which includes college football, and take them to another level. For example, I’d expect him to use his relationships with the other leagues to grow Extreme’s brand.
A third parallel is cloud transition. Mitel went through this exercise years ago, following its 2017 acquisition of ShoreTel, which itself had already taken its UC platform into the cloud. Mitel had a long history as an on-premises communications vendor, but after making the hard pivot to cloud is now one of the biggest cloud communication companies, with over five million subscribers. Similarly, acquiring Aerohive gave Extreme a strong cloud networking portfolio; now it needs to increase its brand awareness there.
One of the things I like about Mitel’s cloud go-to-market strategy is its hybrid cloud value proposition; it gives customers a choice in how to deploy cloud. Extreme will need a similar hybrid strategy, as the whole world won’t move to cloud-managed networking overnight. Durow will be able to bring many of the experiences he learned at Mitel to Extreme.
In a fourth parallel, Extreme and Mitel each has a strong focus on the channel, and part of the CMO’s role is to make the channel successful. To get an idea of Durow’s channel effectiveness, I spoke with Joe Rittenhouse, president of business development for Converged Technology Professionals, a key channel partner for Mitel and Extreme.
“Wes was a tremendous asset to the channel at Mitel. He not only put the brand on the map, he rolled up his sleeves daily and was very engaged in the business and the partner community. We will miss him from the Mitel side,” Rittenhouse told me.
“When I think about Wes joining Extreme, I think they have secured an executive who knows the channel and knows how to grow the brand and messaging. We are excited to continue to work with him here and continue driving growth in this booming market segment,” he added.
Good Fit
As noted, with the Aerohive deal done, Extreme must now focus on execution. Culturally, Durow should be an excellent complement not only to the executive team, but also to the broader organization, particularly VP of product marketing, Abby Strong, who coincidentally left Aerohive to join Extreme prior to the acquisition.
I’ve personally worked with Durow for 20 years and believe that Extreme has scored big with this hire. He’ll add to the excellent management team in place. I’m expecting big things from him and Extreme.

Just Breathe: Building an IT Reputation During COVID-19

As IT managers are being bombarded with COVID-19 offerings, providers need to understand that relationships and garnering trust are the key to their reputation and success – not marketing hype.