Zeus Kerravala
Wi-Fi has become business critical; there may be no more of an understatement in tech than that. No matter where one goes – carpeted offices, airports, hotels, coffee shops, you name it -- people need Wi-Fi to stay connected and get work done. When workers were out of the office, they used to say things like “I’ll take care of that when I’m back in the office,” but now we can perform pretty much any task regardless of where we are.
Despite the near ubiquity of Wi-Fi, problems still remain. It’s common, almost likely, in public venues for people to experience Wi-Fi performance issues. This is because despite the rapid innovation in Wi-Fi speeds, the technology is still designed to be a network of convenience instead of a mission critical one. If businesses bought wired infrastructure that acted like Wi-Fi, they would kick that vendor to the curb faster than one could say “connection error.”
This week Aruba, a Hewlett Packard Enterprise company, announced a new family of 802.11ax IoT-ready access points. Aruba is referring to these as Wi-Fi 6, indicating that it’s the sixth generation of wireless technology. The company also announced a number of access switches along with new features in the areas of security, power management, AI-based automation, and service assurance to deliver Wi-Fi that’s more in line with the rest of the enterprise network.
The thesis behind Aruba’s product is that the network edge has changed and become what it calls the “Experience Edge.” There’s some validity to the picture Aruba is painting, as many digital transformation projects rely heavily on Wi-Fi to deliver new experiences to capture opportunities. This includes new ways to shop, learn, treat patients, collaborate, and anything else you can think of. Problematic Wi-Fi means unhappy customers and lost revenue. A poor Wi-Fi experience can be the difference between digital success and failure. For example, a hospital may implement a telehealth program where doctors can meet with patients using video on a tablet. Erratic Wi-Fi would make the video call unintelligible and cause the patient to possibly miss out on key information. 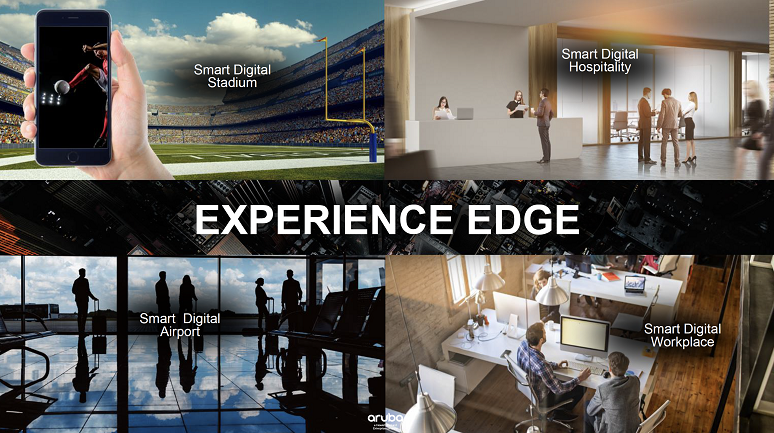 To help businesses build a smart, secure and robust experience edge, Aruba announced the following new products:
The 510 Series APs are available now with a list price for $1,095. The 2930M access switch is also currently available and has a list price of $10,799. The new version of NetInsight with Green AP will be available in Q1 of 2019 and is priced at $50/year per AP.
The experience edge is real and is driving higher levels of traffic on business networks. Success in the digital world requires new applications and business process change but also a high-quality Wi-Fi network built on a rock solid wired foundation.

What is “right” for your organization as it adopts new IP and IoT endpoints?

Rethinking network design for the modern age. Is your LAN ready to support the Internet of Things?

If the Private 5G Business abandons its delusions of "replacing Wi-Fi," it may find profitable applications in unexpected places.

Rural Broadband May Soon Get a Boost

Because of a Bipartisan Infrastructure Bill passed by the Senate last month, help is on the way.