Commerce software builder Shopify shares its contact center journey and the value of taking the customized approach with Twilio Flex.

In the case that, like me, you have heard of Shopify but don't quite know what it does, let me start there. Wilson explained, "Shopify is the leading cloud-based, multichannel commerce platform designed for small and medium-sized businesses to sell online and in person." The company clearly does it very well, as there are 600,000 businesses -- with over one million active users -- powered by Shopify, selling over $72 billion worth of goods and services annually. Wilson further explained that Shopify, best thought of as builders of ecommerce software, allows a merchant to build an Internet storefront, process orders and payments, and arrange shipping. 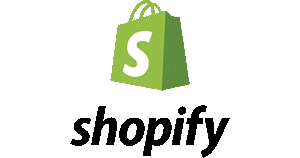 The next question: What kind of interactions is Shopify's contact center handling? Its contact center handles inquiries from those 600,000 businesses, Wilson said. The goal is to help them through the journey of starting a business and then scaling it. That means supporting Shopify business partners with questions ranging from how to make your first sale, to new product support, business coaching, payment processing, and a host of other topics. To provide this support to its customers, the company has over 1,000 contact center agents.

Now nearly a 15-year old company, Shopify did not start with a thousand agents and hundreds of thousands of business customers. In 2013, the company looked at the types of contact center solutions available and all it saw were "big legacy tools," Wilson said. As a fast-growing software-as-a-service (SaaS) company, it knew that installing that kind of legacy system, "would be a terrible decision. The legacy world was trying to figure out what this Web 2.0 and SaaS world is all about, and we were born and grew up in a SaaS world," he said.

As a result of the state of the market five years ago and how it has evolved, Shopify's contact center path has been a unique one. It decided to build its own voice and chat contact center tool using Twilio APIs. Within a couple of years, Shopify began to outgrow the home-grown solution, as both the company and the number of channels it wanted to support expanded.

Shopify moved to a solution from a contact-center-as-a-service (CCaaS) vendor that had also built its product on the Twilio platform. But within a couple of years, Shopify found itself wanting more. Specifically, there were things Shopify couldn't "tweak and adjust" the way in which it wanted.

Wilson voiced the opinion that if you buy software out of the box, it's only a matter of time until you hit a wall. "I never want to be in the position where I have to change my business to fit the software." As a self-described engineering company, that's a conversation that's never going to sit well with Shopify. "Telling a company with hundreds of engineers that you can't do something doesn't work. We're builders," he said.

It was now early 2018. Shopify initially thought that getting "more" from its contact center solution meant going back to developing everything it needed from the ground up. It built a vision of what it thought it would need for the next three-to-five years -- a vision of how it wanted to build its customer experience from a support perspective. Shopify started developing what Wilson now describes as, well, Flex.

In March 2018, Shopify heard about the Twilio Flex announcement at Enterprise Connect 2018. Shopify "pumped the breaks," Wilson said. The company realized it didn't have to build a customizable contact center application like it had envisioned -- Twilio was already building it.

Wilson described the Twilio Flex model as the ability to give you something customizable and out of the box -- a shortcut to a custom solution. When Shopify started building a contact center solution in 2013, it had to build a set of capabilities. As the company pivoted and built a plan to replace its CCaaS solution, Shopify had created a list of the capabilities it would have to build. Wilson describes those core services as essentially what one can get from Twilio Flex today.

Instead of having to expend developer effort on building core services, Wilson said the company was able to "focus our time on the critical things that are important to Shopify, important to help us differentiate from the rest [of the commerce providers]." One of the things it spent time on was a Shopify agent desktop, shown below, that it calls Athena. 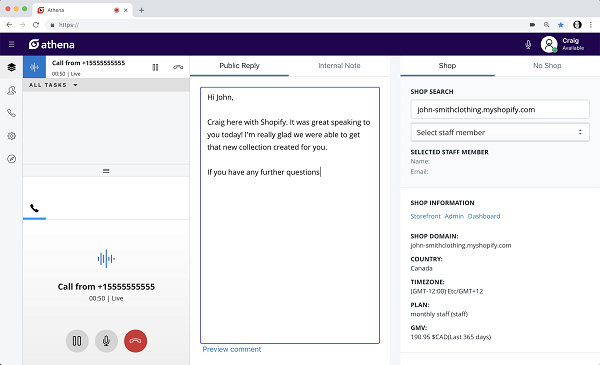 But for those companies NOT built in the SaaS world, is Twilio Flex still an option worth considering? "For sure," Wilson said. He believes Flex is exciting because it's not just a disruption to the contact center software market. Rather, the model that Twilio is proposing -- where a company can start with packaged capabilities that can be infinitely customized -- is a potential disruption to the enterprise software market in general, Wilson said, pointing to CRM and ERP as examples. The Twilio model "is going to have a tremendous impact on the entire software industry," Wilson said.