Contact-center-as-a-service provider Talkdesk today announced it's raised $100 million in a Series B funding round led by Viking Global Investors, with participation from existing investor DFJ. Combined with the funding from its Series A round in 2015, Talkdesk has raised a total of $124 million.

Talkdesk views this funding round as validation of its current performance and future potential, the company said in a press release. As Talkdesk CEO Tiago Paiva elaborated in a No Jitter briefing, Talkdesk is progressing toward its goal of moving upmarket from an SMB focus to the enterprise. In the last year, Talkdesk has increased the number of enterprise bookings three-fold, and roughly 80% of its business today is enterprise customers, he said.

Talkdesk has offices in the U.S., U.K., and Portugal, and will "continue to aggressively grow its global operations, marketing and sales organizations," the company stated. Paiva clarified that while Talkdesk will continue to invest in the U.S. and Portugal, we can expect to see a lot of investment around its U.K. presence and elsewhere in Europe over the next 12 months. 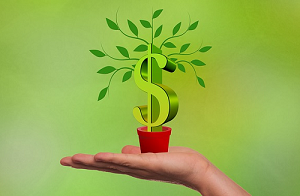 A portion of the new funds will go toward research and development, particularly in the areas of intelligent routing, actionable analytics, machine learning, and artificial intelligence (AI), Talkdesk said. In fact, a number of announcements will come out around these technologies -- "especially on the AI side" -- next month, when Talkdesk has its Opentalk user conference, Paiva said.

Additionally, Talkdesk plans to use this funding to expand on its AppConnect ecosystem, which launched last year with 16 "hand-picked" partners and has now grown to nearly 50 partners. While more details about these expansion plans will be revealed next month at Opentalk, Paiva said that AppConnect has been a big success for the company and its customers so far. "Millions of dollars of revenue are going through these partners," he said, adding that on average, every Talkdesk customer tries two to three of the partner solutions listed in AppConnect directory. While 50 might not seem like a large number compared to some app stores, Paiva said he's pleased with this number, as Talkdesk requires these partners to be deeply integrated with its platform, essentially white labeling these solutions within Talkdesk, he said.

"One thing we really try to do is develop software that no one has done before," Paiva told me, pointing to AppConnect as an example. "We'll keep investing in R&D and building functionality that our customers didn't even think was possible or didn't even think they needed."

Paiva also stressed Talkdesk's commitment to post-sales support and ongoing dialogue. "We do customer advisory boards and focus groups, talk on a weekly basis, and spend a lot of time learning from them and listening," he said: "Any way they want to communicate with their customers, any tool they need, any security tools they need."