Talkdesk demonstrates maturity with a growing arsenal of industry-savvy hires. 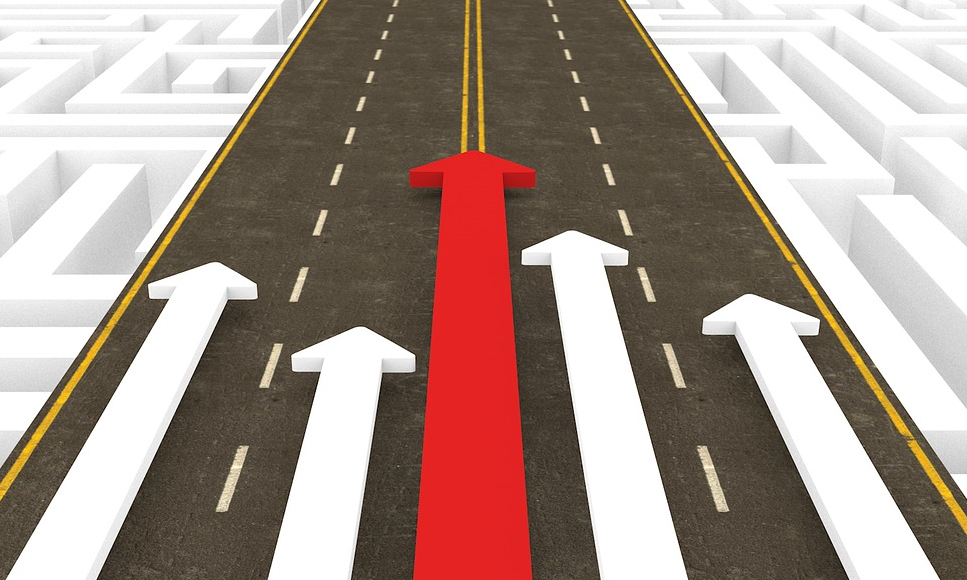 Cisco did its first fifteen years ago, when Barry O’Sullivan moved from Nortel to Cisco to run the contact center business unit. Genesys had its first the same year, 2003. inContact will be hosting its fourth in 2019, now under the NICE umbrella, and Five9 took its first plunge in March 2018. Yesterday, Talkdesk joined this little-known club, holding its first-ever contact center industry analyst meeting.

In conjunction with its customer/partner event, Opentalk, the Talkdesk leadership team spent time with the 10-15 analysts -- myself and fellow No Jitter blogger Blair Pleasant included -- that study and report on the contact center vendor and user landscape. We are a tough crowd, and an event of its kind is not for the faint of heart. But Talkdesk was ready for us.

For the past two years, Talkdesk has had former Siemens/Unify director of analyst relations, Tricia Cooper, leading its analyst relations efforts. Having hosted similar events all over the globe, Cooper knows what “right” looks like, including not just senior leadership, product management, sales and channel management speakers, but a customer panel as well (more on that later).

Cooper is not the only industry-savvy asset Talkdesk has added in the past couple of years. In his opening comments yesterday, CEO Tiago Paiva admitted that when he began the company seven years ago, there was a lot he didn’t know about the industry. He addressed the issue by surrounding himself with contact-center-as-a-service veterans. As seen in the below graphic, nearly 80% of Talkdesk’s key industry hires in 2018 came from Genesys, NICE inContact, and Five9. 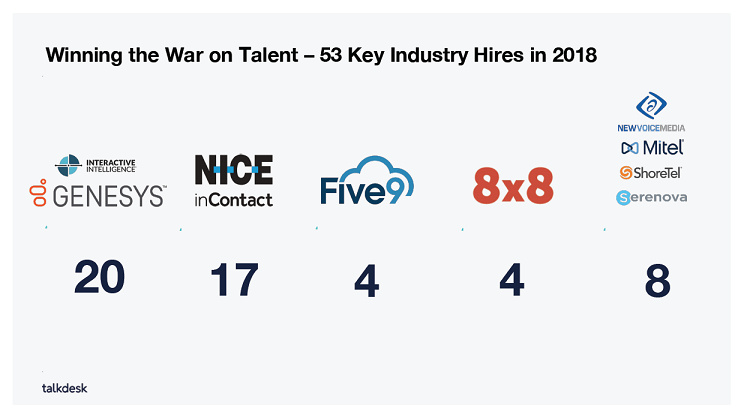 In a series of presentations, analysts heard from not only Paiva, but five members of his executive team. While all are clearly accomplished professionals, I’d like to highlight two here.

Charanya Kannan, vice president, head of product, gave a concise overview of her vision for the Talkdesk portfolio, and how each of the announcements being made during OpenTalk this week fit with that vision. Six months on the job, CK (as she is known) has packaged a complex set of features and capabilities into a coherent, forward-looking story.

Shep Maher, senior vice president of global sales, both presented and moderated a customer panel at the analyst event. Hired from outside the contact center space, and with Talkdesk a little over a year, Maher is a seasoned global sales executive. His international experience fits well into Talkdesk’s strategy to expand into EMEA aggressively, with plans to have 50 employees in a soon-to-be-established United Kingdom office by the end of 2019.

The customer panel participants were drawn from companies that will be participating in sessions during Opentalk this week. They represented the types of companies with which Talkdesk is having success. Not surprisingly, a large proportion of new customers are migrating from legacy hardware solutions. Others are moving from what Maher called “First Gen Cloud.” These companies are moving to Talkdesk because their first cloud solution didn’t live up to the elastic promise of the cloud, were not resilient, or were downright unreliable.

Stay tuned to No Jitter for more live Opentalk coverage – No Jitter Editor Beth Schultz is not only attending but will be moderating the closing session Thursday afternoon.