The Show Must Go On: A Project Team Migrates Through Supply Chain Issues

Hardware devices are difficult to source this year. But as my client migrates 10,000 users to a new cloud voice solution, we must proceed. 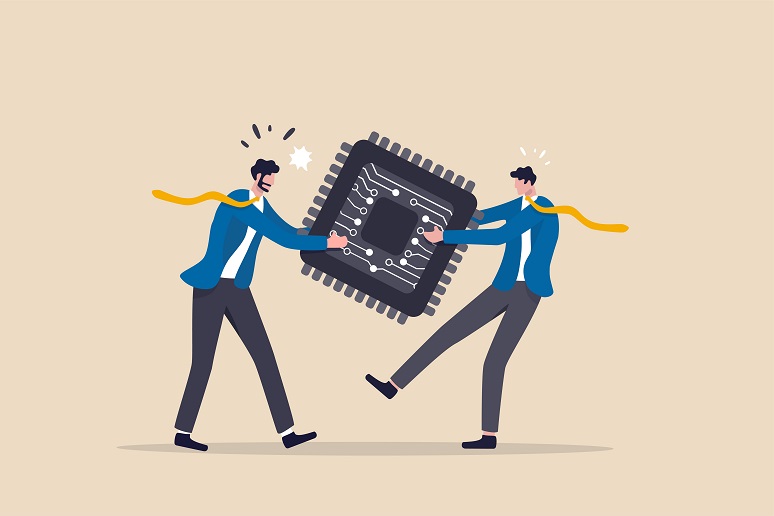 Image: Nuthawut - stock.adobe.com
Many will remember 2021 as a difficult year for many reasons—The Great Resignation, cybersecurity issues, and return to office debacles name a few. Additionally—the pandemic fueled supply chain disruption, leaving ports packed and shelves empty. These supply chain issues remain chronic and have impacted many projects—affecting time, cost, and quality.
The abrupt shift to remote work in 2020 resulted in a shortage of headsets, webcams, and other tools that many people required to work from home. As equipment shortages resolved, another reared its head: the chip shortage.
First, there was an automotive chip shortage used for manufacturing automobiles. That prevented the installation of features such as start/stop ignitions, satellite navigation systems, and heated seats in vehicles. This shortage quickly spread to impact all kinds of hardware devices, including phones and network equipment.
Migrating to the Cloud During a Shortage
I’ve been working on a large project involving the migration 10,000 users to a new cloud voice solution. The customer scheduled the existing phone system for complete replacement in early 2022, so the deployment had to move forward.
However, phones that met all the client’s requirements were difficult to source, especially in large quantities. It was also challenging to obtain certain network equipment, including session border controllers (SBCs) necessary for increasing SIP trunk capacity. The project management team had to figure out how to migrate users to the new solution without providing new phones and avoid blocking calls due to trunk capacity issues. Fortunately, some bright, creative people on the project found a way to keep it moving.
In our industry there is an ongoing debate about whether phones are still needed. Part of the answer for this particular project was to migrate users to the new solution and give them softphones instead of providing physical phones to the bulk of its users. This significantly reduced the number of phones to be procured. The decision also allowed progress on the project to continue, as the majority of users could utilize a softphone.
Some environments, however, still require a physical telephone, such as common areas (lobby, break room, etc.) and locations where multiple users share a phone instrument. Additionally, physical devices are still a requirement in conference rooms.
Due to the shortage of devices, the client decided to migrate softphone users first. This decision meant that a second phase is required to deploy the physical and conference room phones. While possibly less efficient overall, this two-phased approach has allowed the project to progress without a delay until phones became available.
The decision to move to softphones meant that USB headsets were required. Some users already working in a remote environment had headsets, but most didn’t. While headsets were much easier to procure in 2021 than in 2020, obtaining large quantities remained a challenge.
The project team had to continually balance the speed of the deployments with the availability of headsets for users scheduled for conversion.
With an end-user device strategy in place, the next challenge with deploying the new solution was SIP trunk capacity. Due to a combination of architectural issues and other requirements, increasing SIP capacity to support the new solution required additional SBC hardware in multiple data centers. The chip shortage created delays in obtaining this hardware, and managing trunk capacity became another challenge. The available capacity varied by data center, adding another variable to the deployment schedule.
In the end, the project team had to balance three typical considerations (in addition to the usual factors such as location, urgency, and politics) to determine the rollout schedule:
Fortunately, the client’s story has a happy ending. The final deployment was quite different from the original plan, but as Mike Tyson said, “Everyone has a plan until they get punched in the mouth.” Despite the supply chain shortages, the project made good progress in 2021. The project team was able to manage these variables and think creatively to keep moving forward.

Melissa is writing on behalf of the SCTC, a premier professional organization for independent consultants. SCTC consultant members are leaders in the industry, able to provide best of breed professional services in a wide array of technologies. Every consultant member commits annually to a strict Code of Ethics, ensuring they work for the client benefit only and do not receive financial compensation from vendors and service providers.