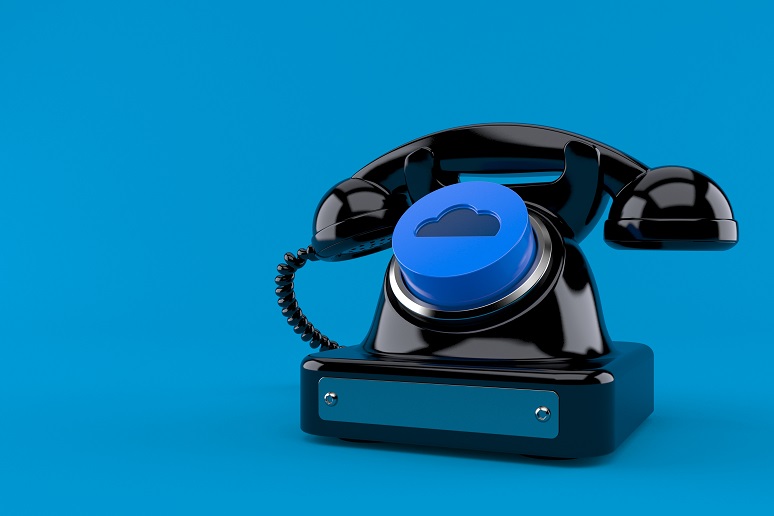 Image: Talaj - stock.adobe.com
Our firm has decided to move to a full work-from-home virtual office environment, so we are transitioning our IT infrastructure out of our legacy office space and moving all needed functions to the cloud. As part of this effort, we are replacing our Mitel system with Microsoft Teams enabled for telephony. The preparation for this change was eye-opening for those of us that have been in this industry for many years.
Looking back to the 1980s, when telephone systems were generally made available as part of deregulation, feature functionality was an important consideration when comparing one system with another. Over time, manufacturers leapfrogged each other, adding new capabilities to the point that feature parity, outside of contact center capabilities, became much less of an issue when evaluating systems for organizations with “typical” communications needs.
When IP-PBXs became a force in the marketplace in the early 2000s, feature functionality again became an issue when comparing systems, since feature functionality that was already de facto on digital PBXs was not necessarily available on the newer IP PBXs. As the market transitioned to IP PBXs, feature sets were soon fully rounded out again.
Fast forward to today and we are seeing the same “early stage” feature set development with telephony as found within MS Teams.
What We Discovered During Our Transition to Microsoft Teams
Our telephony needs are relatively basic but as we move staff from the use of IP phones with fully rounded out feature sets (as found on our current Mitel platform) here are some of the differences we noted when moving to Teams that we needed to bring to our staff’s attention:
Call vs. Conference: Teams treats calls differently based on what the user is doing with the call. When a user makes or receives a call from the “Calls” tab, they will have access to several telephony features from the “More Actions” icon such as Hold, Transfer, Consult then Transfer, and Park Call. However, once on a call, if the user selects the “Show Participants” icon to add in another party, the call is now considered by Teams to be a conference and the telephony actions (Hold, Transfer, etc.) no longer become available during that call (as delivered on our current Microsoft Teams[Commercial tenant]).
Hold: There is no Hold Recall timeout – staff must remember they have a call on Hold and get back to their caller.
Parked Calls: The Park Call time out is 5 minutes and as of this writing, is not yet available to be changed. When someone Parks a call, they receive no indication that the call was picked up. The only way to know if a call was picked up from Park is to have the person answering the call send a message to the person who parked the call.
Training: After we could not find appropriate training materials for our staff, we ended up creating our own customized training document with screen shots and call outs to explain how to use the important features they need to know about Microsoft Teams telephony. This is clearly a different model than the days of working with a channel partner that has intimate knowledge of their system/product and provides training materials (pre-packaged or customized) to help the organization acclimate to the new system/service.
System Updates: Microsoft regularly pushes out updates that can result in changes to the User Interface. Users need to understand that there can be/will be periodic changes in the way Microsoft Teams looks and feels – this is just part of the overall experience. In our case, an update that was released during our Pilot phase was significant enough that it required us to re-do our training materials with new screen shots and call outs in advance of rolling this out to our staff.
As time passes and more organizations continue to adopt Microsoft Teams as their telephony solution, many of the growing pains we have experienced will certainly diminish and eventually disappear as the offering matures. Also, we see how the use of communications within the enterprise has changed with so many channels now being available to users – enterprise telephony is just one tool in the communications tool belt. Regardless, organizations should conduct careful planning when considering implementing Microsoft Teams telephony since feature parity with their existing system should not be assumed and will likely pose some surprises. It is important to clearly understand what the current use models are within your organization and to assess if these can be satisfactorily met using MS Teams.

The SCTC is the Premier Professional Organization for Independent Consultants. Our consultant members are leaders in the industry, able to provide best of breed professional services in a wide array of technologies. Every consultant member commits annually to a strict Code of Ethics, ensuring they work for the client benefit only and do not receive financial compensation from vendors and service providers.