Cloud is the way forward in the contact center, but public cloud isn’t a fait accompli. 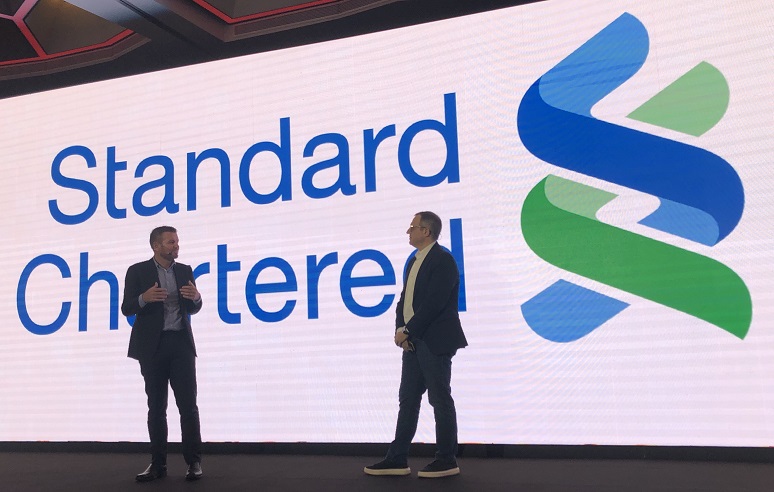 Standard Chartered Bank, a 160-year-old international bank with local presence in 65 countries, is headed into the cloud -- a private cloud provided by Avaya, that is -- for its next generation contact services.
The bank and Avaya shared the news in a joint press announcement released this week in conjunction with Experience Avaya APAC, a customer event taking place in Singapore. Standard Chartered, which is undergoing a digital transformation, will be using Avaya’s OneCloud private solution.
The digital transformation is driving the bank’s desire to shift to a cloud model, a trend we’re seeing influence almost all companies in all regions. In its case, the Standard Chartered customer base is becoming more digital, with 49% of customers actively using online or mobile banking compared to only 45% in 2017. The bank felt it needed to give clients more choices for engagement, especially as it became clear that voice was no longer a preferred channel, said Stuart Beaumont, global head of voice and virtual, at Standard Chartered. Other channels, such as chat, instant messaging, and social were starting to overtake voice and Standard Chartered needed a solution that could deliver secure, private and full-service channels so that customers could interact with and talk to the bank at the same time.
The decision to go cloud is an easy one for most IT and business leaders, as it was for Beaumont. The old environment comprised 18 contact centers in as many countries, with each organization running a different software version. Although Beaumont didn’t confirm any vendors, from what I know of the account, the bank used a mix of Avaya, Aspect, and Genesys systems in its contact centers. This highly distributed architecture may have worked in the past, but not any longer.
Once the bank made shifting to the cloud a priority, it faced the difficult decision of which cloud would be right for its business. Despite the massive amount of hype and hysteria around public cloud CCaaS, it’s not right for all businesses.
With data integrity and security of utmost importance, Standard Chartered chose Avaya’s OneCloud offering in a private cloud, managed services model. The bank had been running Avaya’s Pod FX, for virtualized communications, and was comfortable with the evolution of Avaya’s private cloud stack to OneCloud.
In moving to OneCloud, Standard Chartered consolidated from its 18 contact centers down to four, for resiliency -- should an outage occur in one contact center, traffic would flow to another. From a management perspective, the four systems look like one private cloud environment.
The bank chose Avaya for a number of reasons. It needed a contact center solution provider that supported a wide range of channels with appropriate security and authentication mechanisms, would keep data private, and could manage the environment as necessary. Another important factor was a unified agent desktop, since the bank didn’t want to designate separate agents for handling each channel.
In addition to the technology, Standard Chartered also appreciated how consultative Avaya was during the entire process. Avaya’s International President, Nidal Abou-Ltaif, was actively involved in the deal and helped Beaumont educate the bank’s business leaders about the risks of staying with legacy systems. The net result was a tremendous amount of enthusiasm and support from Standard Chartered’s leadership team, which is key since executive buy-in is extremely important to the success of digital projects. Often, users don’t like change but if they see executive leaders on board, that excitement can permeate through the entire company.
The way Avaya won this deal is an excellent example for the rest of the industry. In this fast-paced, digital era that we work in, IT leaders need more than a vendor, they need a partner. I’ve known Abou-Ltaif for years and the one characteristic he has demonstrated time and time again is the willingness to roll up his sleeves and get to work understanding customer problems and ensuring they’re buying the right thing. To quote him: “It’s a partnership that starts off from the planning of where the customer wants to go. Then to a vision and mission of what the business wants to achieve and putting it together.”
Cloud is certainly the way forward, but public cloud isn’t a fait accompli. Most large enterprises with complex requirements will make the same decision as Standard Chartered and that’s to use a private cloud model. Doing so gives them the agility, security, and data protection they require.