Zeus Comes to the UC Industry

Citrix debuts a UC client application to add to its collaboration play.

Yesterday morning at the Citrix Industry Analyst conference, Citrix highlighted a cloud based unified communications (UC) product with the code name of "Project Zeus". For those that want to check it out, the link is: http://www.citrix.com/go/projectzeus

So, what is Zeus you may ask? Well, in addition to being a fantastic industry analyst that lives in Massachusetts with his smoking-hot wife, Christine, it's also Citrix's UC application. 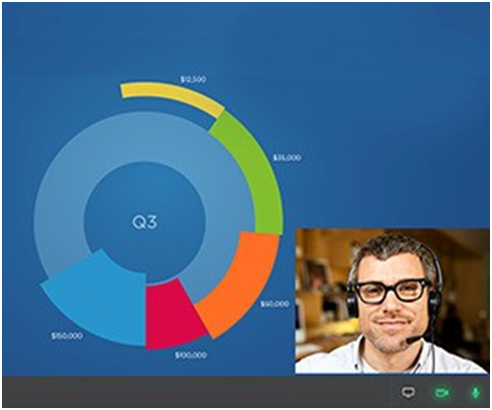 The most obvious awesome thing about Project Zeus is the name, although on a Facebook post, fellow analyst, Mel Turek was quick to point out that Cius, which rhymed with Zeus, certainly didn't have the degree of success that the name would warrant.

At first glance though, Project Zeus doesn't seem all that exciting. It's a unified desktop/laptop client that allows workers to chat, call, video and share files with one another. Across the industry, there are literally hundreds of these than range in price from free all the way to very expensive products from the traditional UC vendors.

On the positive side, the solution requires just a small application download to install, and requires no additional hardware, assuming your laptop or desktop has an embedded camera. The interface is rich, easy to use, and from the little bit that I've played with it, the audio and video quality are great. Adding users is relatively simple, and you can search from a database of individuals that already use Zeus, or an email can be sent out to anyone that the user wants to invite.

There are a lot of features missing, though. First, there's no mobile application yet. At the analyst conference, Citrix spent a significant amount of time talking about their mobile strategy, so the lack of Zeus mobile is a bit surprising. Personally, I would rather have seen them start with an iOS and Android version first and then add the traditional Windows and Mac versions later. I do understand though that this product is still in the "project phase", so I'll believe that a mobile client will come soon.

Another thing that the product needs is federation with other UC clients such as Jabber, Lync, Cloud Axis and even Skype and GoogleTalk. What users don't need is yet another UC client that's deployed as a silo.

Despite the relatively thin feature set that Project Zeus has today, I do think Citrix has a good shot at being successful in the UC market because of the approach they take to UC. Citrix is a collaboration- and content-centric UC provider, not one that comes at it from the communication space, which puts them higher up the stack.

I was "chatting" on line with analyst Dave Michels about this product and he was lamenting that so much of the exciting collaboration innovation is coming from outside the UC industry--organizations that focus on other forms of collaboration such as file sharing, conferencing, project management, etc. He mentioned Box, Citrix, IBM and Google. I personally wouldn't lump IBM into this group, but Dave's followed them closer than I have. His point, and it's a valid one, is that these companies are almost dismissive of caring about things like "voice quality," as the quality itself hasn't mattered much since the invention of the cell phone. By ignoring voice and making it a commodity, these vendors can focus on other innovative applications.

Citrix actually has a bunch of collaborative applications that you may or may not be familiar with, including:

* GoToMeeting is now the #2 Web Conferencing product behind the mighty Cisco WebEx. Over the last year, Citrix has improved its product significantly, particularly on mobile devices. Citrix has done a good job of creating different flavors of GoToMeeting, such GoToWebinar and GoToTraining for different use cases.

* Podio is a collaboration platform that companies can use to build applications, set up workspaces and build workloads around. Podio can be used for keeping track of project-specific content, sharing files and organizing meetings. A good way to think about it is that Podio adds structure to processes that had little structure before. Podio is also integrated into GoToMeeting, so Citrix customers can use it to manage the collaborative content.

* OpenVoice is an easy-to-use, low-cost audio conferencing application. Not the most exciting product, but a necessary one to be considered a collaboration vendor

* ShareFile, as the name describes, is an enterprise-class file-sharing application that has follow-me capabilities. Store it once and make the content available from any device.

* Talkboard can be thought of as a shared whiteboarding application. I haven't used it but the demo Citrix gave focused on how easy-to-use and rich the interface is. Over time, I would expect the shared whiteboard to be a core collaboration tool for most knowledge workers.

It's important to note that for all of the above applications, Citrix makes free versions available so workers can go ahead and download the tool, use it and then put pressure on IT to buy it. There's no greater driver of IT spend than pressure from line-of-business managers, making the strategy a sound one.

The biggest challenge for Citrix from here is to take all of the above applications and create seamlessness between them like they did with Podio and GoToMeeting. Citrix has always focused on building products that are easy to use, but the process of using all of the products together isn't simple. Zeus and the other applications are fun to play with and have potential, but now the real work begins for Citrix.