Why Is UC/UCC Such a Good Cloud Application?

Ultimately, the cloud-centric model of UC/UCC will replace other options for most users.

Despite all the cloud hype, most communications applications haven't been shifting significantly to the cloud. UC/UCC is different. In fact, most businesses in my surveys say they believe the cloud is the best place for these applications. What is it that makes the cloud seem the natural hosting point for UC/UCC? Those same surveys offer some insight.

According to users, the number one factor that influences a cloud-hosting decision for UC/UCC is the independence of UC/UCC from "mainstream" networking and IT. The bigger the company, the more likely it is to see UC/UCC as a separate technical unit, sometimes not even reporting to the CIO. As such, it can behave like a line department, and we all know that line organizations are likely to want to cloud-source many of their applications.

For decades, voice and data networking has been separated in most businesses. PBXs and ACDs have been run by their own operations groups, in no small part because they didn't share any technology with the rest of the IT organization. When software-based UC/UCC emerged, it looked to many like an application to be run and not a shift in network strategy. The vendors in the space fostered this view; after all, they'd been selling to the same independent groups for all those decades, and didn't want to have to break in new sales channels.

The problem was most enterprises encountered immediate resistance to the notion of having independent servers and network equipment to handle voice. This resistance made the notion of cloud-sourcing UC/UCC more attractive to both vendors and users. That UC/UCC required a different kind of hosting and different networking issues meant that even the IT organizations were sometimes happy to see the stuff go to the public cloud as a service.

The second factor that's pushing UC/UCC to the cloud is the increasingly distributed nature of the applications themselves. More and more companies outsource some or all of their call-center activity, support home or fully mobile workers, and expect to have communications follow the workers to wherever they end up. This is easily done with cloud-hosted UC/UCC because the software can be distributed and handle distributed, variable, worker populations. Doing that with premises systems is possible, but more complicated. 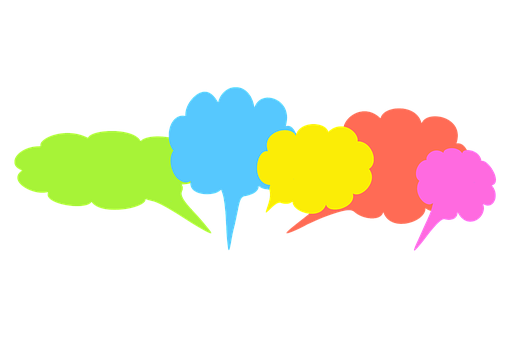 The trend that's making this more of a factor in cloud UC/UCC is the use of third-party or remote workers for call handling rather than outsourcing an entire call center. Companies may now use remote workers to offload traditional call-handling tasks, even encouraging employees to stay home to create an employment benefit or open their hiring to a new set of potential employees. Where a company either contracts with third parties to handle calls or wants home or remote employees to be as connected as they'd be at their desks, the UC/UCC tools tend to be more software-centric for feature flexibility, and more distributed to accommodate geographical distribution of workers.

The third factor is the growing importance of VoIP and even mobile apps. Voice communications has always been based on a distinct data-path/signaling separation, and for a long time it's been possible to handle the call signaling and routing of even traditional calls using a hosted, even cloud-hosted, software component. The data-plane side of traditional voice is harder to fit into that model, but VoIP is especially and explicitly designed to work that way. With more and more calling based on IP, both the signaling (SIP) activity and the data plane (IP) are Internet-and-cloud-friendly in their forms.

The companion to this shift to VoIP is the increased use of mobile apps as an element in UC/UCC. There's of course been a broadening of UC/UCC to include things from email and text to social media, and all these things end up integrating more data (meaning more IP) into the applications. This is particularly true when the integration of apps and IP-based non-voice communications is directed at consumers or workers likely to be Internet-connected.

You'd think that having application integration with UC/UCC could actually push solutions away from the cloud because company IT organizations would see the trend as supporting their own involvement in UC/UCC hosting, but that doesn't mean that cloud UC/UCC isn't favored. In fact, many IT organizations are already involved in cloudsourcing the front-end portion of their applications, so keeping UC/UCC in the cloud may actually help converge the cloud-front-end and cloud-UC/UCC threads of activity.

You can see from these points that there are different drivers for the call-center UC/UCC missions and those related to worker communications and collaboration. Some common technical threads seem to be influencing both of these mission sets toward a cloud-hosted model of UC/UCC, but perhaps in different ways and paces. Users who focus on internal missions are more likely to see UC/UCC as an integral part of their IT and networking activity, and thus to give the CIO organization more influence. That seems to slow the cloudsource pressure, relative to the users who are call-center focused and likely to see UC/UCC as independent.

My surveys lead me to believe that no matter what the current mission differences or organizational control policies for UC/UCC are, the whole application set is going to end up being cloud-hosted. The only question is whether that happens because of company interest in using the cloud for "front-end" activity, or because the line departments using UC/UCC are cloudsourcing around IT. I think that reality is already getting baked into UC/UCC software and sales, and the cloud-centric model of UC/UCC will ultimately replace other options for most users.