Why Teams Is the Future of Skype for Business

To see the future for Skype for Business, you only need to look at Teams

In recent years, Microsoft has had tremendous success getting enterprises to embrace Skype for Business (née Lync and, before that, OCS). While three years ago I had to work hard to convince people that Microsoft UC (Lync 2013 at the time) could be a potential PBX replacement, today everyone knows, or should know, that Skype for Business is a potential PBX replacement.

Microsoft Teams will be the future of Skype for Business Online.

Microsoft announced Teams on Nov. 2, 2016, as a chat-based workspace tool that expanded the already bulging Office 365 bundle. I believe it rushed the preview version of Teams to market as a defensive move designed to slow the momentum of Silicon-Valley darling Slack.

The first version of Teams lacked a rich mobile client and other features, but Teams still was a very impressive version 1.0 product in a new market space; and, with this release Microsoft clearly demonstrated interest in and commitment to this market.

On March 14, Teams became generally available in 181 markets and 19 languages.It comes free with a E1, E3, or E5 license, and is turned on by default for any organization already using Office 365. This means that all 85 million active Office 365 users have access to Teams at no additional cost.

The pace and quantity of features added to Teams in the 10 months since its introduction have been impressive. Microsoft has released one or more significant new features every month between February and now -- although I suspect we may not see an August update as Microsoft gears up for a larger release coinciding with Microsoft Ignite at the end of September.

In the same 10 months, Microsoft has continued to add features to Skype for Business Online, but seemingly at a slower pace.

Microsoft has not officially announced that it's combining Skype for Business Online and Teams, but I've found several clues that this is the plan:

1.     The Teams interface, with the menu bar on the left and four-square video, is very similar to that of the new Mac Skype for Business client -- which Microsoft has described as the interface of the future for Skype for Business.

One of these things is not like the other... 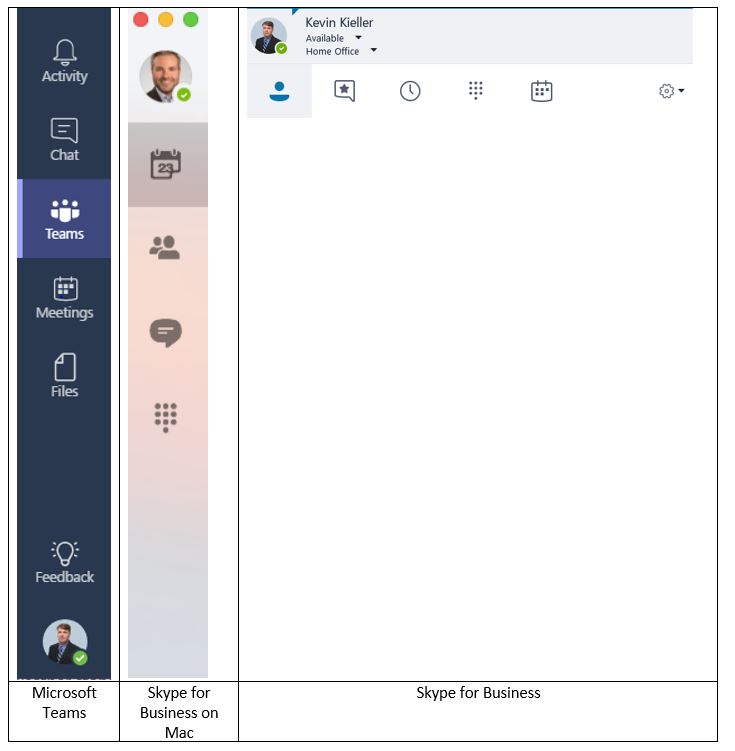 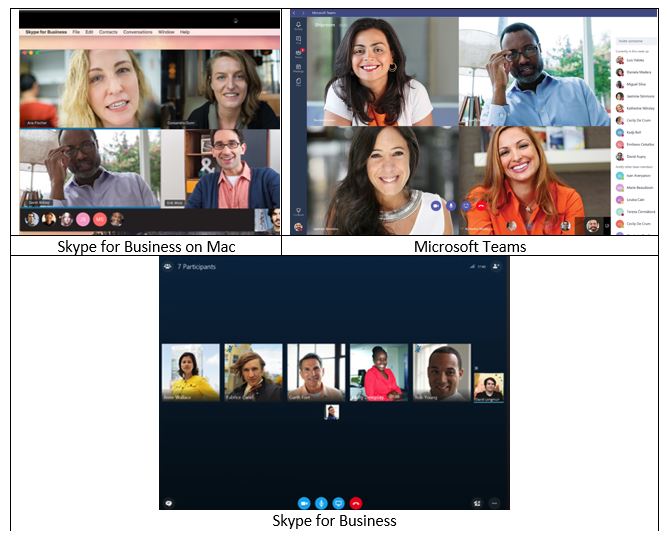 2.     "Teams" is a very generic name compared to "Skype" or "Lync." Given the $8.5 billion investment in the Skype brand, could "Teams" be a placeholder for what will eventually become "Skype Teams?" Perhaps... and yet, Microsoft has a history of choosing bland or confusing names. The new Xbox could have been the "Xbox One Scorpio," adopting its cool codename, but instead became the "Xbox One X," effectively abdicating a real name to a generic and redundant "X." As such, a new generic name has an equal chance of being selected for a Skype-plus-Teams mashup.

4.     Many of the session titles for the upcoming Microsoft Ignite conference combine "Skype for Business Online" and "Microsoft Teams":

Even if you don't agree with or "see" the clues, combining the features and functionality of Skype for Business Online and Teams is a good idea for Microsoft. Here are four reasons:

1.     The Office 365 bundle has too many overlapping components.

Yammer, Office 365 Groups, and Teams have overlap -- hence the requirement for Ignite sessions titled "Groups and Teams: Friend or foe?" and "Microsoft Teams and Yammer: Velocity meets community," with the latter having a description of, "Tired of 'what to use when'? Stop in for a refreshing dose of 'HOW and WHY' ...." And Skype for Business Online and Teams have even more overlap. Combining Skype for Business and Teams would aid in reducing the Office 365 bundle overload.

Sometimes having more options only leads to confusion.

I understand why Microsoft marketing works to position the two products this way; however, if you have replaced your PBX with Microsoft UC, Skype for Business, then almost everyone needs to be able to place and receive calls, which means almost everyone requires Skype for Business. Knowledge workers then require Teams as well. Adding PSTN calling to Teams would allow knowledge workers to use a single Teams client (aka Skype Teams) and simplify their work lives.

Once client to rule them all.

3.     The integration between Teams and Skype for Business is haphazard.

Simplifying meeting types and the meeting join mechanics would be a real "win" for Microsoft, and a real benefit for users.

4.     Teams neither supports the powerful and proven federation model of Skype for Business, even between organizations both using Office 365, nor provides the same sort of robust guest access to meetings. In fact, Teams provides no guest access, only allowing users within your organization to join a team. Enhancing federation and guest access for Teams is mandatory.