They may love their FaceTime, but there's something to be said for an object representing job stability.

I was chatting with a Polycom executive at Microsoft Ignite earlier this month, and since he was a Polycom executive, we naturally spent some time talking about deskphones. He told me that Polycom had just participated in a very large enterprise rollout of Lync Enterprise Voice -- tens of thousands of seats -- and that more than half of the end users had requested deskphones. Then he made an interesting comment about Millennials. 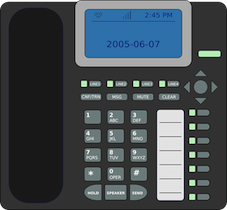 Really? Those FaceTiming, smartphone-loving, no-patience-with-grandpa's- technology-having Millennials want deskphones? Apparently so, this exec told me. The reason? A deskphone means permanence. It's not going anywhere, so hopefully neither are they.

In a similar vein, I was on a panel at Interop Las Vegas with Nemertes Research analyst Irwin Lazar, who pointed out that the Millennials he works with hate the idea of jumping among a proliferation of smartphone apps that all do basically the same thing. Their attitude is: Just give me the application I need to do my job.

I've always been skeptical of all the conventional wisdom about Millennials in the workplace. People who are relatively new on the job want stability, and they want to learn how to do the job right. That has to be even more true of Millennials than previous generations, given the tough job market in which they've struggled to get a foothold.

That doesn't mean they won't use workarounds -- but then again, who doesn't? Do you know many 50-year-old knowledge workers who eschew Google Docs because it's not their company's official office productivity application? I don't. People use Google Docs because it provides an efficient way to share and collaborate on a document.

Likewise, plenty of middle-aged workers hate their phone systems. No one of any age who's used a smartphone can ever really reconcile themselves to the mysteries and contortions of dealing with a PBX-based phone system.

So it's back to the deskphones and the stability they promise. That's a real thing. Does it mean your enterprise should sink 500 bucks a pop into a contraption whose only purpose is making Millennials feel secure? Clearly not, but it's also true that deskphones have always had an intangible, emotional aspect to them.

We're often reminded that phones, when they were the only office communications device, conferred status in proportion to how many buttons they had. And that, too, was a real thing. It wasn't buttons for buttons' sake. A phone with a lot of buttons told anyone who saw it that you were someone who was in demand -- someone who people were clamoring to talk to, someone who people would wait on hold to talk to. Anyone who'd actually keep five or more people on hold at once is not someone I'd want to get to know very well, but the medium was the message.

Furthermore, no one pretends that more contemporary classes of communications devices aren't as much about status as they are about moving sounds from one side of the country to the other. As best I can tell, nobody's existence requires that they buy an Apple Watch -- but a lot of people clearly think they need one.

Not to mention the fact that deskphones really are a more enduring investment than other types of devices. No one ever drops a deskphone, and even if somehow you did, it probably wouldn't break. A deskphone isn't going to accidentally fall into the toilet. And in hoteling environments, multiple people can use the same deskphone. Try offering to share an over-the-ears headset, and people will politely decline. Try offering to share an in-the-ears headset, and see if that person ever gets within 10 feet of you again.

So take this all as yet more evidence that the deskphone isn't dead. It's one of many communications devices that your enterprise users may need.