What's Next for Mitel?

A view of a company mid-transformation, with both a short- and long-term strategy

Mitel yesterday announced the completion of its acquisition of ShoreTel, plans that were initially revealed at the end of July. As I've written previously, this move, when paired with Mitel's other acquisition of Toshiba North American telephony seats, makes Mitel a name for itself as a standard-bearer for UC consolidation. But now that these acquisitions are behind us, what's next for the company gunning for cloud UC leadership? 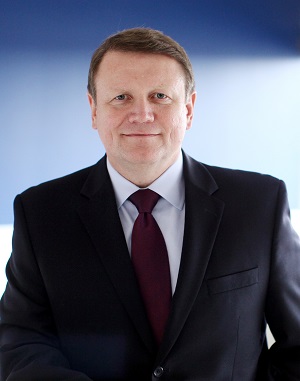 I had the opportunity recently to talk with Mitel president and CEO Rich McBee and CMO Wes Durow about closing the ShoreTel acquisition and the path forward for the voracious acquirer. I also had the opportunity to talk to some ShoreTel end users and channels, as well as some partners that have both companies' solutions in play today. The result is an interesting view of a company mid-transformation, with both a short- and long-term strategy.

We live in an interesting industry in interesting times. For a hundred years, first telecom and then enterprise telecom was an industry that was incredibly fragmented -- through geographic, regional, and size segmentation. This led to an industry with many small players; the dominant gorilla/chimpanzees as anticipated from "Crossing the Chasm" never appeared. However, VoIP and cloud have changed the industry, first eliminating many of the geographic barriers and now eliminating the size segmentation with cloud multi-tenant deployments. The result is that small players are rapidly losing the ability to compete in a market where historical segmentation barriers are eroding.

McBee saw this as both an incredible opportunity as well as a great strategy. With Mitel generally considered as a "Monkey" (chasm speak for a company not one of the top 3 or 4 in an industry), the segmentation of being a North American company focused on mid-sized businesses was disappearing as a defensible segment. McBee and his team at Mitel set out on a strategy to be a consolidator, to aggregate together installed bases from multiple smaller competitors into a market force that can compete with the likes of market leaders Cisco and Microsoft.

With the closure of the ShoreTel deal, the first phase of that strategy seems to be reaching fruition. With Toshiba and ShoreTel, Mitel has achieved a position that has the potential for being in the market for the long term. With this acquisition and the acquisitions that proceeded it, Mitel is now in the third or fourth position globally, No. 1 in Europe, and No. 2 in UCaaS cloud subscriptions.

In any good strategy, there are stages. Clearly, in the Mitel strategy, acquiring many installed bases is great for short-term revenue, but does not ensure long-term success. In talking with McBee and some ShoreTel customers/partners, three things emerged that are the next big part of the plan:

In our discussion, McBee had a clear message: Don't be surprised if Mitel does not make another acquisition in the near term. The focus is clearly on the above steps -- consolidating the platforms, organizations, and channels, as well as driving for CloudLink-based values and cloud migration. If there is a great deal out there, Mitel is interested, but for now is digesting the scale and mapping the direction.

A couple of years ago, McBee openly talked about Mitel becoming the consolidator in our industry. Many in the industry scoffed that Mitel could not raise the funds, find the deals, or successfully bring them together. Clearly, McBee and the Mitel team have risen to that challenge. They have consolidated Aastra and emerged as the largest player in a European market they were barely in a few years back. They learned that going into mobile networks was a step too far and re-focused on the core enterprise market. After reaching a scale that puts Mitel in the top three globally, the focus now is on the operational challenges of delivering value to the customers, both through the existing premises platforms, and, ever more, through the cloud.

While challenges abound, the Mitel team has demonstrated it has the wherewithal to get to this point, giving great assurance to the ever-increasing number of customers that are in the Mitel arena that they picked the right vendor.