What You May Have Missed in UC This Year

An insider's take on how events unfolded...

If anyone missed 2017 (it happens), here's a quick recap of the top stories and events in enterprise communications.

One of the oldest enterprise communications vendors, with lineage back to Bell Labs, went bankrupt. This was soon after it reported about $3.7 billion in annual sales and operating income of $756 million for 2016. But it was just Chapter 11, and it's over now. Nothing else changed at Avaya -- except its CEO and management, board of directors, shareholders... and it took an Extreme path to exit networking. 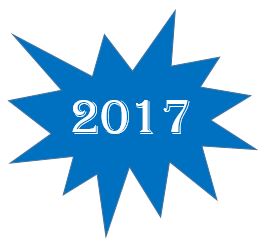 One of the largest retailers, which may not even have a toll-free number, decided to become an agent in the contact center business. It's not clear if the service is CCaaS or CCPaaS, but it's from a top IaaS provider. Just don't call it the genesis of a pure-cloud contact center. Most of the competitors quickly dismissed Amazon Connect as a minimal viable product. That may have been a reasonable reaction, but it's consistent with most of the company's products before they iterate and dominate.

2017 was a good year for coders. APIs are now everywhere. You can see them at vidyo.io, text them at Mitel, call them at RingCentral, or buy shares of them in Bandwidth. If you can't code you can Reach them at Vonage or just head to the Studio at Twilio.

Do you remember BroadSoft's Connections event in 2016? The theme was "Let's Change the Game." Well, it worked. The company reported $341 million in revenue in 2016, and it could report $50 billion in 2018. That kind of growth takes focus and acquisition, and it just might be what Cisco Spark needs to ring in the sales.

You may not remember Microsoft Teams, as it was still in preview in 2016. After launch, though, it realized teams often thread real-time interactions into their conversations. Luckily, Microsoft had a global, real-time network Online, but it was working with a different client. That's all resolved now, and Teams and teams now have a voice. Though, some teams that are strictly Business still call a server.

Mitel made ONE simply brilliant acquisition. It was actually an old idea that got cheaper -- funny how orange became the new green. It Shore would be a good idea if the company could Connect its Cloud to Onsite systems. A CloudLink might even give Mitel an IP Edge.

Genband and Sonus together made such a nice package that they put a Ribbon on it. Though the CEO had enough Kandy and left.

You might remember the Internet's principle of open communications. That dated idea is resting in peace (1969-2017). The FCC said there is nothing Common about the Internet. So, the providers can now charge, prioritize, and block whatever they see fit. Somebody had way too much caffeine, so also gave providers the right to sell our usage history.

Speaking of providers, AT&T is having a tough Time with its Warner bid likely due to fake news. The company plans to Trump the Justice Department with its own suit. But carriers do converge; there's a good Storey at CenturyLink, which jumped three levels.

Those were the big events in 2017. Overall, the industry is experiencing a decrease in natural intelligence and the cloud keeps reigning. I expect to hear a lot of speech in future keynotes.