A few weeks ago, Avaya announced a five-year, $60 million cloud contract with the Bosch Group, a German manufacturing company. The deal is an extension to and expansion of a previous strategic relationship between the two companies.

Bosch, with almost 400,000 employees globally and 2016 revenue of about $85 billion, comes in at number 76 on the Fortune Global 500. Bosch is a huge company, an intelligent buyer, and, quite possibly, a bellwether for multinationals moving to the cloud with Avaya.

In the press release announcing the deal, Avaya indicated a total of 160,000 endpoints and support for private cloud-based telephony, UC, and contact center services. These services are part of Bosch's wider "Next Generation Workplace" project, designed to further support a globally connected and agile workforce, as stated in the press release. To understand a bit more about the relationship, I had a discussion with Roberto Schmidl, VP, Strategic Services Sales & Cloud-EMEA & APAC, at Avaya. This discussion both clarified the scope of the relationship between Avaya and Bosch, as well as the value cloud services bring to Bosch's large installed base. 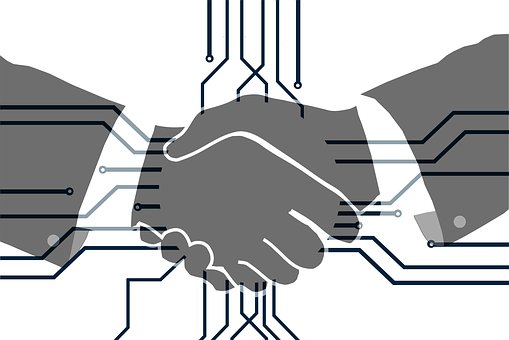 Avaya is running the hosted business communications services in its own data centers, for a private cloud deployment that will support the 160,000 seats. An enterprise decision such as this validates that, above a certain size, the economics of multitenancy has little value compared to dedicated cloud deployments. While the industry has yet to close on this point, clearly at the scale of Bosch, deploying a private cloud for communications and collaboration, as well as contact center, is viable.

While this number doesn't include the cost of PSTN access (which is included in most of the general cloud offers from pure-plays like RingCentral and 8x8), it's still a significantly lower monthly per-seat cost than we've seen enterprises previously achieve. With the average cost of a communications endpoint without PSTN being in the $15 to $20 range depending on scale, a $6 price/cost point is a major disrupter.

The $6-per-seat price is clearly aggressive, but it's not as much of a reduction for the vendor as might be imagined. The overall revenue of a private hosted cloud deal like this is lower than the $14 to $20 per-seat price associated with a typical premises-based system (based on current data and research -- not including PSTN access), but the vendor only receives about 54% of the typical premises deployment value. The other 46% typically goes to the channel for install, maintenance, etc.

At Bosch, the $14 to $20 includes the cost of a phone that's already in place. If we eliminate the phone cost, the vendor's actual average monthly revenue over a five-year life of a premises system is about $6 to $7. So, Avaya is essentially moving that revenue to the cloud by taking on the rest of the cost (channel markup, maintenance, MAC, etc.) as part of the solution. This essentially retains the Avaya revenue stream with an OPEX pricing model. And it retains a very large customer... or more.

In the cloud, automation and portals are critical for managing costs. In fact, cloud experts like Timothy Chou, author of "Cloud: Seven Clear Business Models," have characterized much of the cloud's value in the reduction of customization and administration. In this case, Avaya is including both portals and automation to enhance the offer and reduce the administration complexity for Bosch and its employees. The offer includes a portal for all ordering and configuration, as well as automated reporting and integration for call accounting into the SAP system Bosch uses to run the business.

Bosch, one of the largest industrial companies in the world, clearly sees Avaya both as a good partner and a great long-term investment. In technology, five years is a lifetime, but Avaya was able to put together a package of cost, capabilities, and reduced administration that was persuasive enough to warrant Bosch's commitment.

In addition, Bosch is reportedly evaluating how to use Microsoft's Office 365 suite, but clearly sees at least a five-year timeframe for maintaining an Avaya telephony platform. The new contract essentially extends an existing installed infrastructure that has some value in existing phones and training, but if Bosch couldn't reach its overall business objectives with Avaya, I'm sure it had lots of other options. In the end, Bosch decided to commit to a long-term contract with a known provider and a proven scalable solution.

As Avaya last week announced the acceptance of its restructuring plan by the creditors and the court, the company is in the final process of emerging from bankruptcy. With its exit from bankruptcy potentially happening within the remaining weeks of 2017, but probably in early 2018, renewed customer commitments such as Bosch's may be the best news of all. With a 100 million-seat installed base, a key challenge for Avaya is having clear and persuasive offers to provide cloud migration. As the Bosch deal demonstrates, Avaya is figuring out the cloud, especially for the large enterprises today. With the uncertainty of the restructuring soon to be behind it, Avaya is focusing on cloudifying that base, starting with the largest enterprises first.

Learn more about Cloud Communications at Enterprise Connect 2018, March 12 to 15, in Orlando, Fla. Register now using the code NOJITTER to save an additional $200 off the Advance Rate or get a free Expo Plus pass.