What Enterprise IT Can Learn from the Apple Watch

Although the Apple Watch is not a business product there are some lessons to be learned from Apple and the launch of its watch.

I was at the CTIA Wireless show, where the September 9 "Apple Event" was simulcast from Cupertino, CA. Although the Apple Watch is not a business product (wait – didn't we say that about the iPhone?) there are some lessons to be learned from Apple and the launch of its watch. Why will the Apple Watch probably be more successful than other smart watches? Let's look at what went into the design and execution: 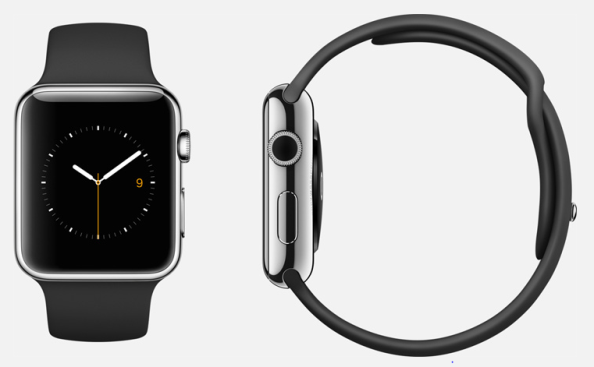 Apple Was Not First to the Market with a Smart Watch
This does not mean that the market was tested. They picked a time when there was enough familiarity with the product, but there are still significant opportunities to refine the product. It reminds me of a customer I spoke with in the early 2000s regarding a concept for restructuring his company's telecom sales workflow. He stated, "We are not going to do that. Our competitor lost a lot of money trying that same model, so fortunately we don't have to".

Many businesses have panicked about not having an early strategy for ecommerce, mobile, social media, Millennial workforce, etc. In reality, most industries don't move that fast, and employee behavior does not immediately mimic consumer behavior. It pays to look at what is working and not working across a company's industry sector. Trendy technology should not be rejected in its entirety by business IT, but it may need to be refined.

Apple's Phased Approach to Implementing the HealthKit
In June, Apple released the HealthKit and made it available for iPhones from the 4s (a model that's almost three years old) to current releases. The HealthKit framework is available for third-party developers and is already in use for popular fitness apps, such as Nike+. Now, three months after release, the HealthKit is already socialized and available on the Apple Watch, which is the more ideal form factor to use it on than the iPhone. From the start, Apple foresaw that it would be good on the iPhone, but it would be great on the watch.

I have yet to see this approach in an enterprise mobile app deployment--i.e., rolling out a product with a future form factor in mind. It is not in the current enterprise mindset to think, "This will be good on PCs, but it will be great on mobile devices" or, "This will be good on mobile devices, it will be great on wearables." Most app deployments are "good enough" deployments, such as extending a business platform to mobile platforms without sacrificing too many features, or extending applications over VDI without sacrificing too much in performance. Projects of this sort don't create any real excitement among users ("Yay! Look how much less money IT is spending on us!").

Apple Fan Loyalty
The watch demo ended with a standing ovation. You know that you have a loyal fan base when your competitor (Samsung) makes commercials mocking how loyal your product users are. That's a good problem to have. Apple fans have been mocked not just by competitors, but in comedy sketches and various other forms of punditry.

Regardless of whether or not you think this loyalty is merited, Apple is doing something right to create and maintain it. With the Apple Watch starting at $349, it is not cost cutting that creates that type of loyalty. I may find myself buying toner at Wal-Mart at 12:30 AM, but I am never going to cheer loudly for the midnight markdowns. Cost reduction is something to be tolerated. Attractive design, functionality and newness are some things to be a fan of.

Newness (the appeal of something that is new) does not describe much of what business IT departments have been doing for the last few years. BYOD did not create newness; that is just letting employees use what they already like. This was not always the case. The IT department used to be the purveyor of all kinds of new software and gadgets, to the point that the bean counters would criticize them for always buying "new toys."

Is this a trivial matter? Does Enterprise IT need to have fans? Just like Apple, your fans test the product, promote it and sustain it until it becomes accepted by the general user population. All of us have seen IT initiatives fail due to poor user acceptance, so yes, IT departments are helped by having a fan base.

Why may the Apple Watch be more successful than other smart watches? Brand trust. Health monitoring and mobile payments are very personal functions. Apple has public trust in a way that other companies do not. In the enterprise, there is another lesson to learn from Apple.

The Balance Between New and Familiar
The first point about the Apple Watch not being the first smartwatch gives it an advantage as far as familiarity, but a new product cannot just be your own version of something else. In the watch design, Apple did a good job of balancing familiarity with unproven features. For example, I think the "tap" function, which Apple describes as a whole new way to communicate, is kind of silly. However that is not enough to make me think the whole watch is stupid.

I am very impressed by Apple's repurposing of the traditional crown as a zoom and home screen tool. It provides new functionality but also helps it to look like a "real watch". In the same way, you can set it to look like a real watch, to look like a fitness tracker, or (in astronomy mode) to track planet positions. As long as this is easy to do, users can dial in the amount of familiarity that they want in the product.

Enterprise IT actually does this one pretty well, even though it may be due to unintentional slowness instead of really contemplating that balance. With all the vendors pressuring us to reinvent the whole organization and be ready for how people are going to work, we can probably calm down and pat ourselves on the back a little.

Public Trust of Apple
It's not the ideal time to talk about trusting Apple, with the recent news of celebrity iCloud accounts being compromised, but overall the public trusts Apple. A 2014 survey by the Values Institute of over 50,000 consumers shows Apple as the fourth most trustworthy brand out of 30 companies, and it is No. 6 out of 100 trustworthy brands in Forbes' survey. The iCloud incident may create a temporary dip in Apple's ratings (just as the passing of Steve Jobs and Apple's appointment of new leadership did in 2012), but Apple consistently scores high on opinion polls in terms of trustworthiness.

Apple has updated its security measures for iCloud but still labels it more of a user education problem than an engineering problem. For HealthKit developers, Apple updated its policy last week to not allow storage on iCloud, so even though Apple is forced to be reactive to the data breaches, it is responding to the issue quickly. Interestingly, according to a YouGov survey of more than 1,000 consumers, a third of respondents have changed password practices as a response to the iCloud hack.

This indicates that they trust Apple. Instead of leaving the service in droves, the perception is "if even iCloud can be compromised, I'd better be more careful." What could enterprise IT accomplish with this level of trust from their users?

I believe the answer can be found in the qualitative part of the aforementioned Values Institute Survey: "Simply making a good product or delivering consistent service is expected. What's truly desired, however, is a demonstration that brands authentically connect and demonstrate a concern for people that transcends the transaction. We stand poised to reward brands that demonstrate they care and value what we value ... Our survey suggests strongly that positively impacting lives begins with demonstrating that your brand cares about the relationship more than the transaction. Perhaps most vividly demonstrated this year is the critical role that connection plays in growing trust."

Just as in the case of Apple, the keys to building trust with enterprise IT users is connected to all the previous points. Business users expect quality and consistency from IT, but it's the newness of our products that will build excitement and loyalty. When you don't take away what they value to save money and instead phase in new functionality that users want, you will have that "fan base." Even with some issues along the way, they will do everything possible to make your services successful.