Perhaps they should have merged in the first place… 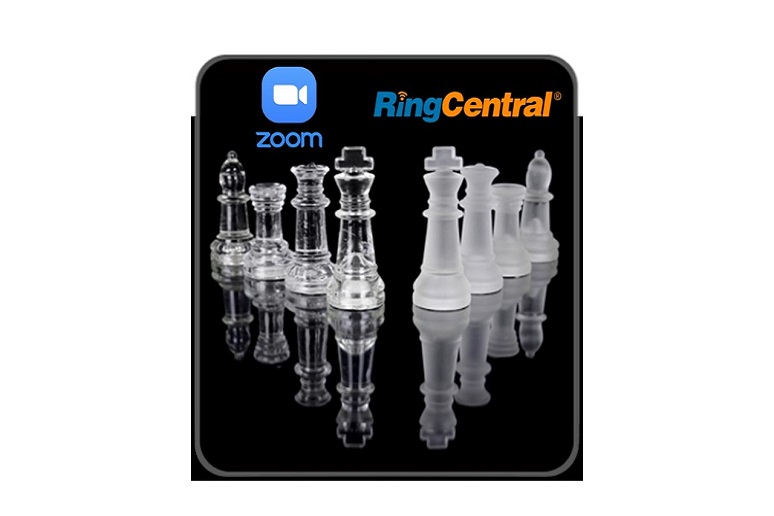 As widely reported, including in this No Jitter article, Zoom and RingCentral are at odds over contractual language and the impact this is having on their respective customers and businesses.
Per terms of a partnership agreement inked in 2013, RingCentral has been reselling Zoom video services under the brand RingCentral Meetings. Over time, they have amended this agreement nine times to reflect product updates from Zoom, as Zoom stated in its complaint against RingCentral filed earlier this month with U.S. District Court for the Northern District of California.
At the time of the original agreement, this looked like a marriage made in heaven: RingCentral had a very strong telephony offering, but no video offering of its own, while Zoom had a good video offering but no telephony offering. RingCentral could resell Zoom’s video to make its offering more complete while helping the fledgling company. But, as many agreements do, this one apparently contained some contractual noncompete language prohibiting Zoom from competing for RingCentral’s customers, as is evident in Zoom’s request within the filing for the court’s judgment on this provision.
With the agreement in place, both Zoom and RingCentral gained traction, complementing each other, one in the video-as-a-service market and the other in the telephony-as-a-service market. This was all well and good until October 2018, when Zoom announced its intention to provide a phone service. I happened to be at RingCentral’s headquarters for an analyst event shortly after this news came out and perceived uncertainty among executives about what this would mean for RingCentral Meetings and for the relationship between the two companies.
My own first reaction was one of surprise: Why would Zoom develop its own telephony feature rather than partner with RingCentral in a sort of a reciprocal licensing arrangement? Zoom resells RingCentral’s telephony and RingCentral resells Zoom’s video. It’s all good!
My second thought was that the two companies should just merge. Each had strengths that could help the other, and the merged company would certainly be among the leading cloud-based telephony and video providers. At the time, RingCentral was a Wall Street darling, and Zoom, which had been steadily growing, was just months away from its IPO.
Well, clearly, no merger occurred, and Zoom went on to develop and release its telephony service, originally called Zoom Voice but later changed to Zoom Phone, in January 2019. I have used the phone service, and while Zoom is still doing some catch up, Zoom Phone is actually pretty good in terms of the basic features most companies would need for voice calling.
Although a bit late to the game, RingCentral began developing its own video solution, now branded RingCentral Video, which it formally announced in April 2020. It has also bulked up its video expertise; I personally know a few key Webex video experts who joined RingCentral last year from Cisco.
So, What Happens Now?
I believe Zoom has now spent millions on developing Zoom Phone. Ring has likewise invested a lot of money developing RingCentral Video.
To date, RingCentral continues to resell Zoom’s video service as RingCentral Meetings, even though it now sees Zoom as a competitor. Reading between the redactions in the complaint, Zoom claims that RingCentral’s refusal to recognize termination of the agreement in essence unilaterally gives RingCentral a “full two years to sell Zoom’s products against Zoom’s will.” In addition, a January 2021 RingCentral announcement to partners selling RingCentral Meetings stated that that customers will be transitioned to RingCentral Video to improve the video meeting experience, not because the Ring-Zoom partnership is dissolving.

An announcement to partners taken from Zoom's legal complaint against RingCentral

In addition, Zoom’s filing notes that RingCentral is invoking a noncompete clause, suggesting that Zoom cannot “share, discuss, or disclose” elements of the agreement to avoid selling Zoom Phone and Zoom Meetings to RingCentral customers (again my reading between the redacted lines). An additional point of contention for Zoom, as specified in the filing, is that RingCentral, which it now views as a competitor, is using its logo and other intellectual properly to Zoom’s detriment.
Did the contract, drafted before Zoom hit its stride, create an uneven playing field? Is that why Zoom is suing RingCentral? Well, without having access to either the original agreement or the full court filings, it is hard to know exactly what has transpired. One thing I do know is that I would hate to see these two rock stars in our industry battle it out in court, likely to each other’s detriment.
Is It Too Late for Reconciliation?
I go back to my original line of thinking back when Zoom announced its phone service, and wonder, could it be within the realm of possibility for the two companies to merge? It seems a stretch, but the result would be a global UCaaS powerhouse that could be highly competitive to Microsoft and Cisco for the long term.
Ironically, the next court hearing, on March 25, will be done using Zoom. Go figure!
I do hope Zoom and RingCentral can reach an amicable resolution. You never know, but in this industry, the person or company you are competing with today may be your colleague or partner (again) tomorrow, and you want to maintain good relationships… even with competitors.