The Rally camera includes AI and visual capabilities that make it stand out among its USB peripherals competitors that are aiming to take on the huddle room. 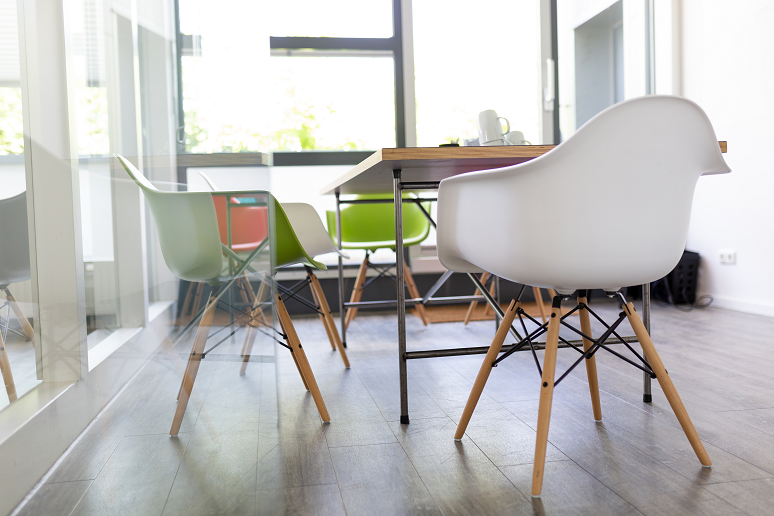 The huddle room is benefiting from a perfect storm. Cloud-delivered conferencing services are creating a new market for cloud-optimized, low-cost hardware. Artificial intelligence is making these devices more intuitive to use, distributed teams continue to grow in popularity, and digital transformation initiatives are driving the need for more connected meeting spaces.

Perhaps more importantly, the conference experience is no longer painful. The quality has significantly improved, PIN codes are becoming a distant memory, reservation-based services are largely gone, and costs are negligible.

There are still room solutions for all sizes, but it’s the smaller rooms, or huddle rooms, that are seeing significant growth. Costs have dropped so much that it’s now practical to video-enable most meeting spaces. Room solutions have generally fallen into one of two approaches: fully integrated, dedicated room solutions or affordable USB peripherals. However, the distinction between the two is beginning to blur.

The USB approach has benefits and disadvantages. USB components offer a cost-effective approach and eliminate the overhead (training and security) associated with public/shared systems because the credentials and calendar are already configured for the laptop user. Unfortunately, this peripheral approach has lacked many of the of higher-end, integrated endpoints.

That’s what makes the Logitech Rally camera stand out. This camera, announced in June, blurs the boundaries between USB and dedicated room systems with a pair of visual capabilities Logitech calls RightSight and RightLight.

The Rally camera has some built-in AI features that enable auto pan/tilt/zoom to ensure the people in the room are always properly framed. These features make a huge difference in the meeting experience. Without them, the common approach is a full-room view where you barely can see the participants, because manually adjusting the pan/tilt/zoom can be very disruptive. Automated solutions on higher-end room packages have existed for some time, but not on a $1,300 USB camera.

I assumed the camera had some form of facial recognition in it, and it does -- sort of. Facial detection is a more accurate way to describe it. But it’s actually more than that; Rally detects human faces and torsos. Logitech avoids the personal data issues associated with facial recognition, and instead detects humans rather than specific people. It’s more versatile because torsos don’t need to be facing the camera.

Because this technology is built into the Rally solution, rather than the video conferencing software, it will work with most conferencing services, including Microsoft Teams and Zoom.

As part of its RightLight technology, Logitech also included wide dynamic range (WDR) capabilities in the Rally camera. WDR evens and optimizes lighting by merging multiple frames at different exposures together to create the image. WDR specifically improves image quality in low light situations and also minimizes the impact of bright spots such as a window in the background.

Last year, Logitech introduced high dynamic range (HDR) capabilities in its BRIO webcam. HDR and WDR are similar and related technologies that reduce the impact of bright and dark areas in an image. HDR typically brightens or darkens the entire picture (like our eyes do), and WDR adjusts specific pixels. HDR is very good for photos, but not as effective with video that has motion. There’s more motion (more people) in a conference room environment than desktop settings. 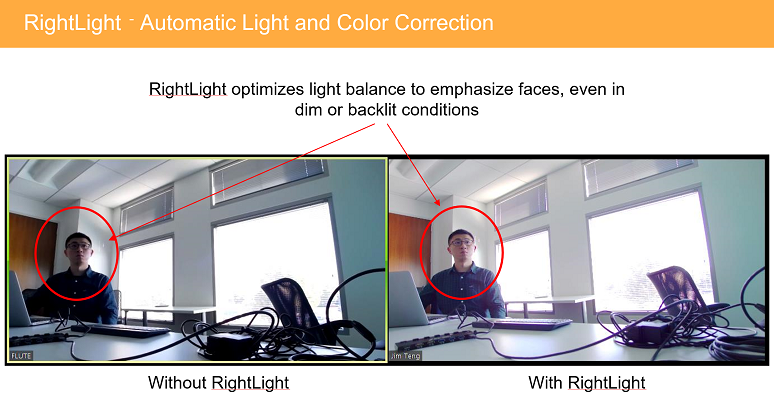 Logitech’s implementation of WDR reduces the impact of windows, dark corners, and odd shadows that are common in meeting rooms. With RightLight, the window coverings won’t need to be manually adjusted so often (and during meetings). Again, as the technology is built into the Rally camera, it should passively work with all conferencing services.

The new Rally camera is a standalone, 4K camera that can deliver 1080p at 60 frames per second (4K at 30 frames per second). It has 15x optical/digital zoom, a 90-degree field of view, and a 13 megapixel sensor. It’s mounted on a pan/tilt base that gives it 180 degrees of movement. When not in use, the camera points down for privacy and to protect the lens.

If these seem like extraordinary specifications for a webcam, it’s because the Rally is among the first webcams that supports USB 3.0 Type C. Most USB cameras on the market today use USB 2.0, which don’t have the bandwidth to support native 1080p. To accomplish 1080p, USB 2.0 cameras pre-compress the video before it even gets to the desktop video software (which may compress it again). The uncompressed video makes additional image processing possible in software, if supported.

The camera itself can be table mounted or wall mounted. It’s controlled by an included radio-frequency remote or Logitech’s soft remote via an Android or iOS mobile app.

The Rally camera is available today at an MSRP of $1,299, but there’s more coming. Logitech intends to add Rally to its conferencecam portfolio bundled with newly designed speakers and microphones, both of which feature Logitech RightSound.

Rally is certified to work with all the major video conferencing applications including Microsoft, Cisco, and Zoom.

Dave Michels is Contributing Editor and Analyst at TalkingPointz