Interoperability should be top of mind for companies looking to integrate G Suite with existing UC and video systems. 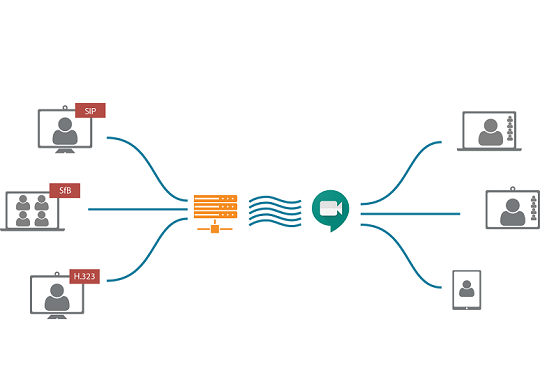 The video estate for most large and mid-size enterprises is often a patchwork of traditional video conferencing systems with newer cloud-based services layered on top or added in new locations. While this is less than optimal, it’s also almost certainly inevitable: Forklift upgrades are rarely either feasible or advisable, and that’s certainly the case with enterprise video. So the way forward for most enterprises is to squeeze the most life out of the traditional gear while phasing in newer systems whose feature/functions and interfaces better match the needs and desires of today’s users.
Enterprises have a wide range of choices when considering their migration paths forward for video, but the overarching trend is clear: Cloud-based services are taking the lead in the video conferencing market. As the figure below shows, more than half of enterprises in Nemertes Research’s most recent benchmark study are basing their video conferencing architecture either entirely in the cloud, or on a hybrid model combining cloud and on-premises systems. Less than 30% reported having their video conferencing estate based entirely on premises. 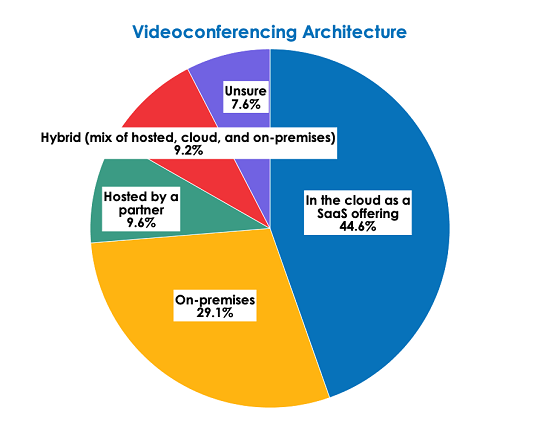 And of course video is just one communications application moving to a service-based model. Unified communications and collaboration applications across the board are moving to the cloud, and providers are broadening their offerings to include whatever applications the enterprise might need.
Each of the contenders in the cloud communications/collaboration space has its particular advantages in the market. One such provider, Google Cloud, is leveraging the popularity of its G Suite to become a major player in UC&C, and to embrace video as part of its value proposition. Google reported last year that G Suite had four million paying customers, growing by one million users in a year. Furthermore, a recent study of enterprises by Nemertes found that:
With these two trends -- cloud video and UC as a service (UCaaS) coming together, there’s a good possibility that G Suite will be a viable choice for the enterprise, and in fact may already be in use in multiple parts of the organization. Where that’s the case, the enterprise needs a strategy for optimizing its use of G Suite while preserving investments in the legacy video estate and planning for a smooth migration to G Suite, while integrating with its current video conferencing solutions.
Enterprises looking to integrate G Suite with standards-based solutions can get a detailed analysis and suggestions for migration strategy from a new No Jitter whitepaper, authored by Irwin Lazar of Nemertes Research and sponsored by Pexip. You can download the whitepaper here to learn more about making the video migration with G Suite, and how Pexip can provide the interoperability that will allow G Suite to integrate effectively with your existing UC and video systems.